Will we ride jetpacks in our lifetime?

In the 1930s, jetpacks were considered sci-fi fantasy. Eighty years later, and they're still not a reality. But, with the latest advances in technology, will jetpacks be a part of our lifetime? 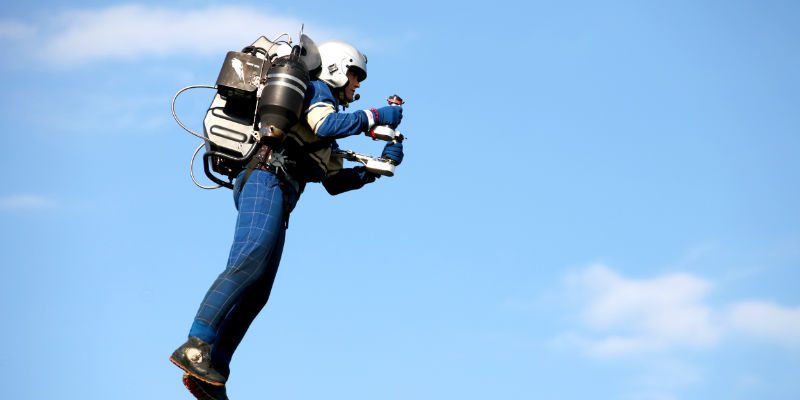 Though a futuristic dream, jetpacks are already a part of our lives. When we see Tony Stark take to the skies or Silver Surfer on a flyboard, riding a jetpack feels like a possible reality. We’ve been talking about having jetpacks in the future even from the 1930s. In fact, it was the James Bond movie Thunderball in 1965 that made people crave a future where jetpacks were the norm. If our calculations are correct, they should have been a reality by now. The field of innovation for jetpacks is moving slowly. Current products are either not a complete jetpack (mostly rocket boards or aqua-packs) or too expensive. Why is this? 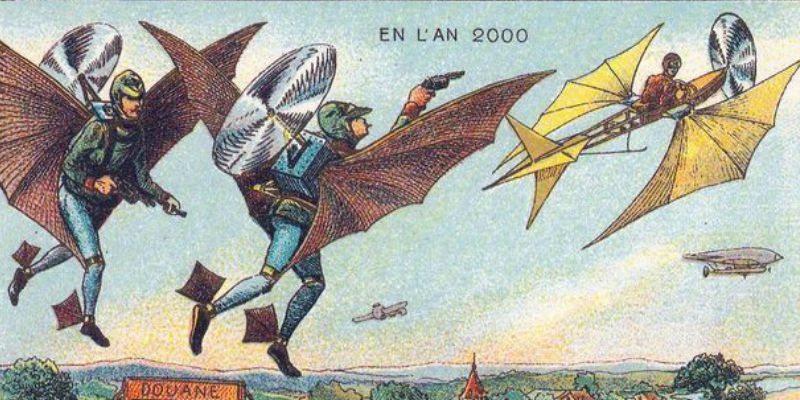 French Postcard from 1899 showcasing “Flying Police in the year 2000”

First things first – what is a jetpack?

A real jetpack is a rocket belt or a rocket pack that uses jets of gas to propel the wearer through the air. Hypothetically, the speed of these jetpacks is supposed to be ultra fast and a great form of speedy transportation. But, this technology was a far-fetched idea nearly five decades ago and, until now, we hadn’t seen enough in this field of innovation. In fact, the so-called jetpacks we see today are actually rocket packs with a significant difference.

As described on HowStuffWorks:

The difference between a rocket and a jet is significant. A jet intakes air, compresses it with a turbine and pushes it out the back, mixing it with fuel and combusting it in the process. The oxygen in the air is a key ingredient in the combustion phase, so a jet needs a constant air intake to work. A rocket carries all its fuel and oxidizer (which may be liquid oxygen or some other chemical), mixes them together and combusts them. No air intake is needed. 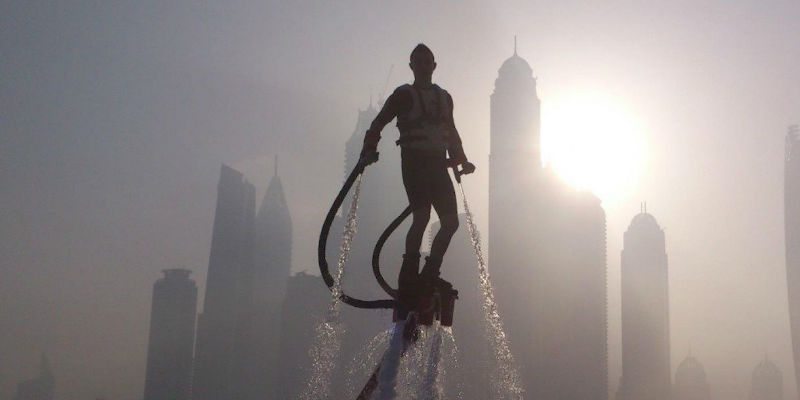 Do we need jetpacks?

Let’s be honest, if we had a device that allowed us to fly through the air, we’d fly everywhere. But, beyond the thrill, jetpacks can:

How close are we to real jetpacks?

If you’re after a real jetpack, it’s going to take a little time. But, we are slowly getting there. If not in terms of affordability, there are plenty of systems that are getting us close to the real thing:

Zapata Flyboards – If you’re into water sports, these flyboards give you a jetpack-like experience in the water. The Flyboard connects to the jet discharge of your PWC and uses the thrust to propel the rider up to 43 feet above or below the surface of the water. The rides last for a few minutes which give just a taste of what it’s like to fly through the air. Although, you’d be a bit more Aquaman than Ironman.

James Bond Jetpack by Jetpack Aviation – They have been so close to designing the realest jetpack. This year at CES 2018, they launched the James Bond Jetpack. Considered the world’s only true jetpack, founder and CEO David Mayman explains: “I can take off in here if I wanted to, and I can land vertically, which is different to a lot of the wind suit concepts you hear about, where you have to jump out of an airplane.” However, for now, it’s only being considered for military ultra-fast transport. 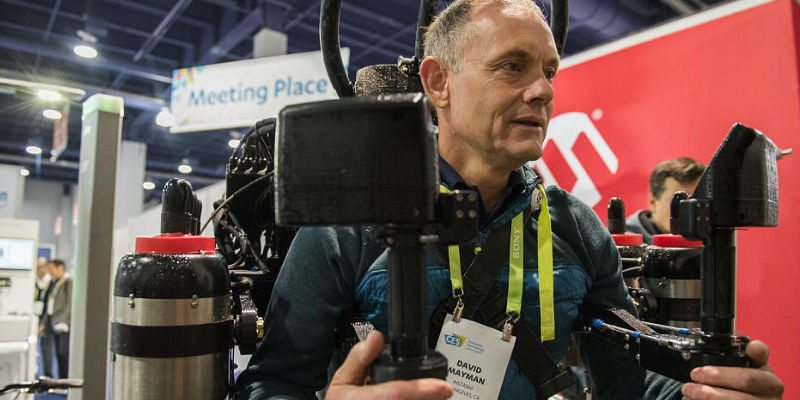 While those are the forerunners as of now, we are also looking forward to the Boeing-sponsored GoFly competition. They’re looking to transform jetpacks from an aviation novelty to an everyday tool for everyone. Slowly but surely, jetpacks are on their way to becoming a reality.

How to get your futuristic transportation fix

As of now, personal transportation is taking a huge leap with new innovations. Whether it’s a hoverboard, one-wheeled vehicle, or even an electric bike, there are a lot of devices to pique your curiosity.

Whether or not we’ll ever be able to own a jetpack is still unclear. Even if we have a good jetpack, it’s likely going to be so expensive that:

a) It will always be a novelty at a theme park for occasional entertainment.

b) It might be considered to be available for government use only.

Living the dream of a real-life Ironman is far-fetched but not impossible. Nevertheless, we can’t wait to see what the future of human flight has in store.

Ashley Timms is an editor at Gadget Flow where she gets to write about the most incredible products in the world. When she’s not writing, she’s producing fine art dog photography.
Join the Discussion
Popular Blog Posts
Launching a Kickstarter or Indiegogo campaign soon? Read this first 10 Best tech gadgets you need in your life Must-have smart desk gadgets and office accessories Best PS5 external SSD drives out there for gamers Which drone should you buy in 2021?