Withings Activité is a Slightly Smarter Watch: Is It Smart Enough? 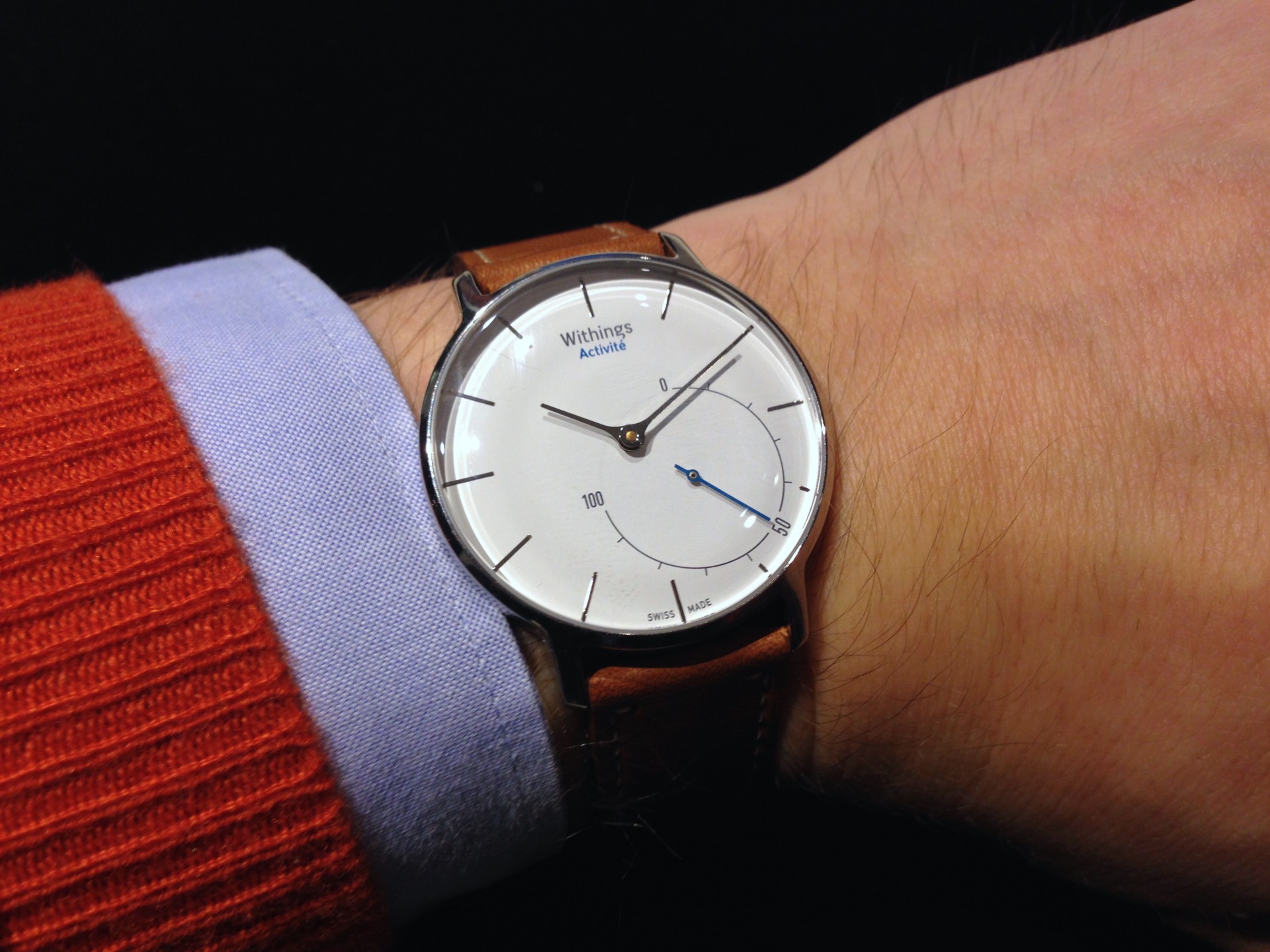 If you didn’t buy a wearable last year, you might be in the minority but you’re certainly not alone. I bought one myself but only because it was cheap and I wanted something cool to wear. There just wasn’t a standout wearable device that everybody agreed on. Sure, 2015 will see the rise of the Apple Watch but what if you don’t have an Apple device and Android Wear just doesn’t work for you? What you need is a watch that does some extra things but can never be mistaken for anything except a normal watch? Lucky for you, a company called Withings might have just the thing you need. The Withings Activité is the closest thing to a proper watch in the tech world these days. Where every other smartwatch that has come out in 2014 focused more on notifications and trying to do most of what your smartphone already does. The Activité tries a different route and I rather like it. 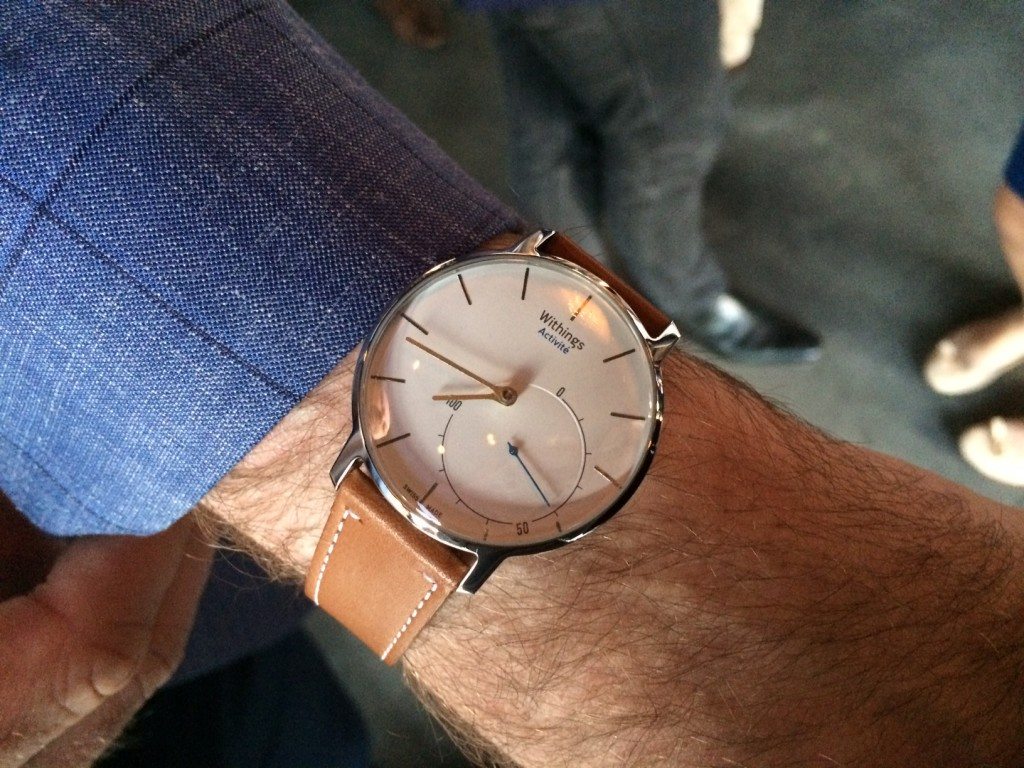 At first glance, the Activité is just a typical high end timepiece with a stainless steel body and a fairly minimal display. It looks amazing and is Swiss Made which means you can expect the highest of quality from the Activité. I especially like the inclusion of the leather strap to trick everyone into thinking that you’re just a fashionable person rather than a techie kind of person.

There are a few cues that might tip one off to the secret nature of the Activité. The first is the curved glass on the front of the phone. It’s mostly flat but curves at the edges for whatever reason but that doesn’t really signify anything other than a design flair. The second obvious cue is the second dial on the watch face which is used to indicate the percentage you have reached for your daily step goal. 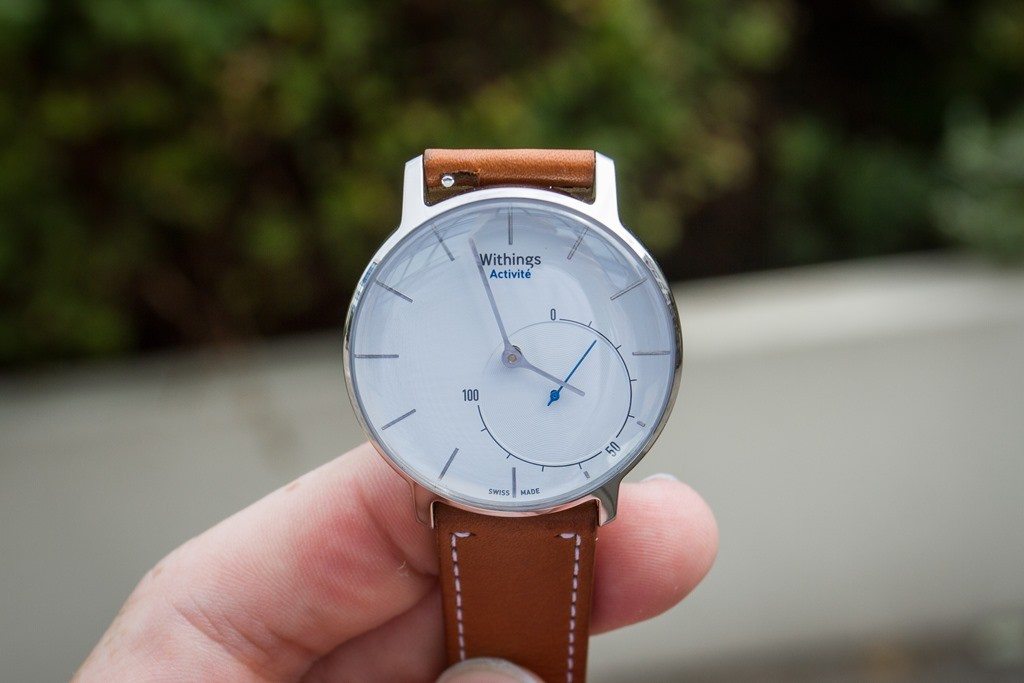 The Activité doesn’t do notifications so it’s technically not a smartwatch but then again, it was never trying to be one. It focuses on fitness tracking but not to an extreme extent. Thankfully, it is waterproof so you can pretty much wear it 24/7. Otherwise, there is the Health Mate app which is surprisingly helpful. It tracks all the fitness data the average Joe might need but also adds in some analytic skills and reminders such as needing to walk more or going to bed at a certain time. The Activité only collects the data, you can’t interact with any of it on the device itself. In fact, the only input you can do is touching the sapphire glass where the watch hands will rearrange themselves to show you what time your alarm is set for. It’s so dumb that it’s smart…because that makes sense.