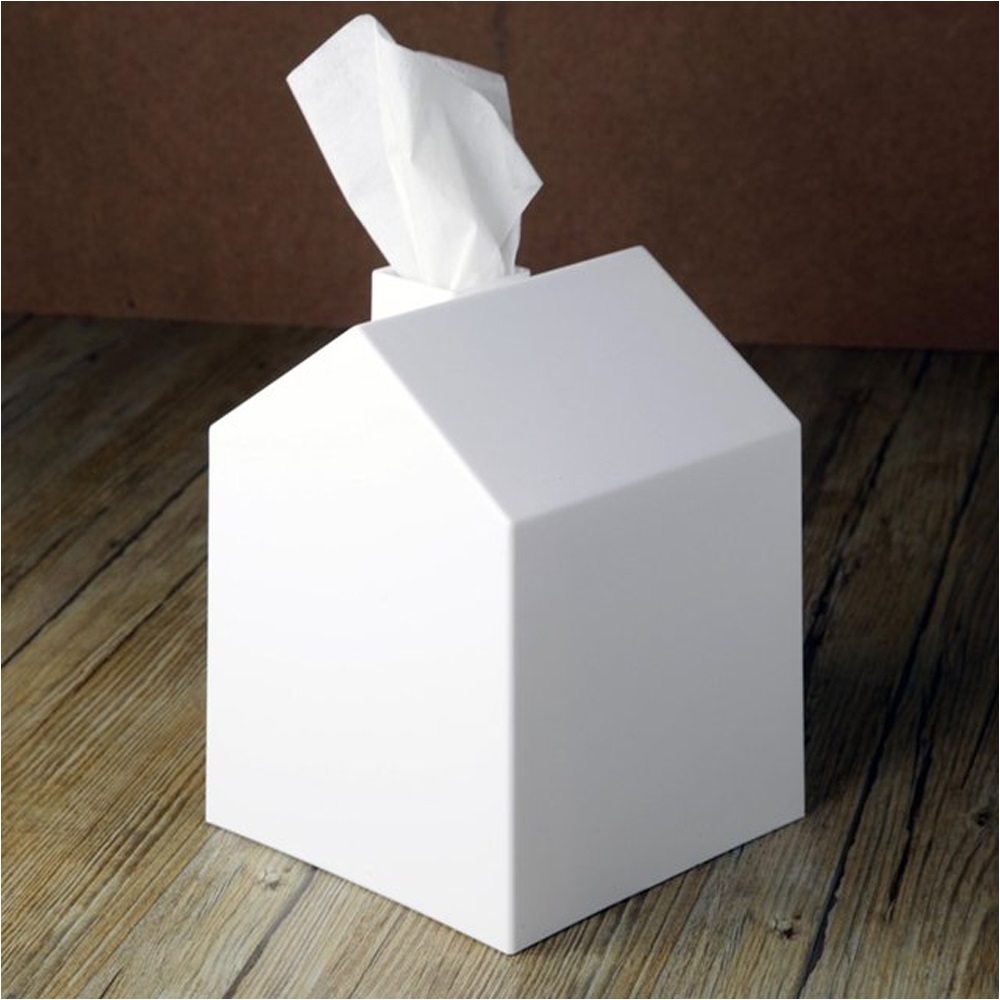 The Casa Tissue Box Cover was created by former fashion designer Mauricio Affonso for Umbra. It’s a tissue box made from molded polypropylene that’s shaped like a house, and the tissues poking out of the chimney up top are meant..
Ashley Timms
Home

The Casa Tissue Box Cover was created by former fashion designer Mauricio Affonso for Umbra. It’s a tissue box made from molded polypropylene that’s shaped like a house, and the tissues poking out of the chimney up top are meant to be the smoke from your fireplace. Mauricio says ordinary tissue boxes are no fun, and he wanted to transform it into an object of play. As you pull the tissue out of the chimney, each new tissue that follows takes on its own shape and will fire your imagination as you start wondering what it looks like. It’s like looking up at the clouds and seeing all kinds of mysterious and wondrous shapes. The tissue will be white, but you can get the house in both white and black.

Get it forGet it for $5
Casa Tissue Box Cover
Add Reminder
Add to Collection
Share it
Gadget Flow Rating 9.7/10
View Product Specs
Discovered on Mar 1, 2014, 8:00 am EST
Discovered by Ashley Timms
Report this