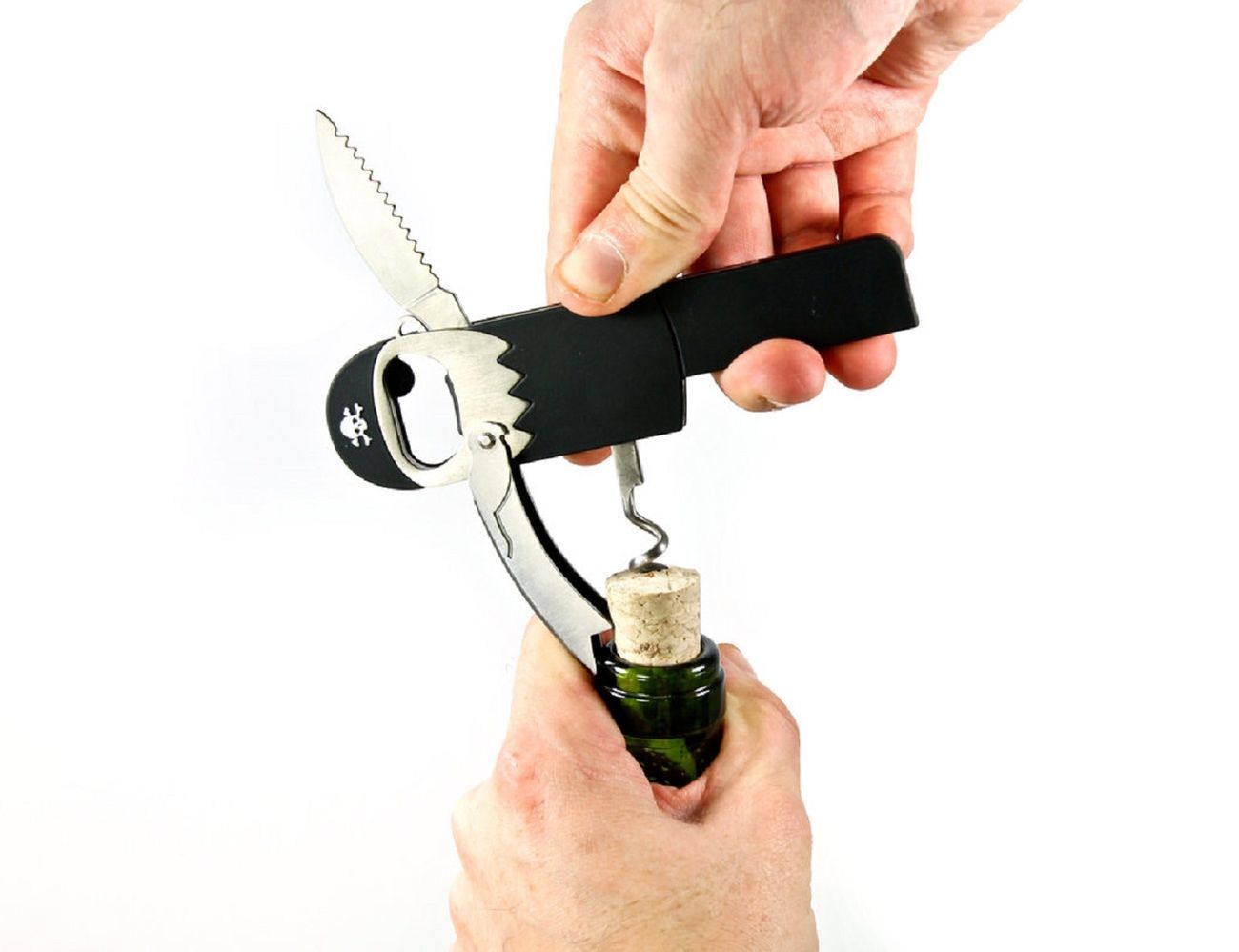 The Pirate Corkscrew was designed by Nick Lerwill for Suck UK, and it’s a pathetic excuse of a pirate even by Johnny Depp standards. The corkscrew serves as the hook depicting a missing leg while an easy-open lever replaces a..
Ashley Timms
HomeKitchen

The Pirate Corkscrew was designed by Nick Lerwill for Suck UK, and it’s a pathetic excuse of a pirate even by Johnny Depp standards. The corkscrew serves as the hook depicting a missing leg while an easy-open lever replaces a hand. The other hand is a foil cutter, with a bottle opener replacing the mouth and the trademark pirate’s eye patch. The skull and cross bones depicted on the top makes the whole thing look like a pirate with a bandana who’s seen one too many battles and been blown up more than once. It’s enough to make you go Arrr, but there’s no denying the fact that the Pirate Corkscrew is a pretty handy bar tool at home or in a bar.

Get it forGet it for $14.4
Pirate Corkscrew From Suck UK
Add Reminder
Add to Collection
Share it
Gadget Flow Rating 9.3/10
Product by SUCK UK
View Product Specs
Discovered on Jan 29, 2014, 8:00 am EST
Discovered by Ashley Timms
Report this