Whether you want to capture a heart-pounding powder run or a relaxing family break, a 4K action camera can work perfectly. To help you find the perfect device for your needs, we put together the ultimate guide. 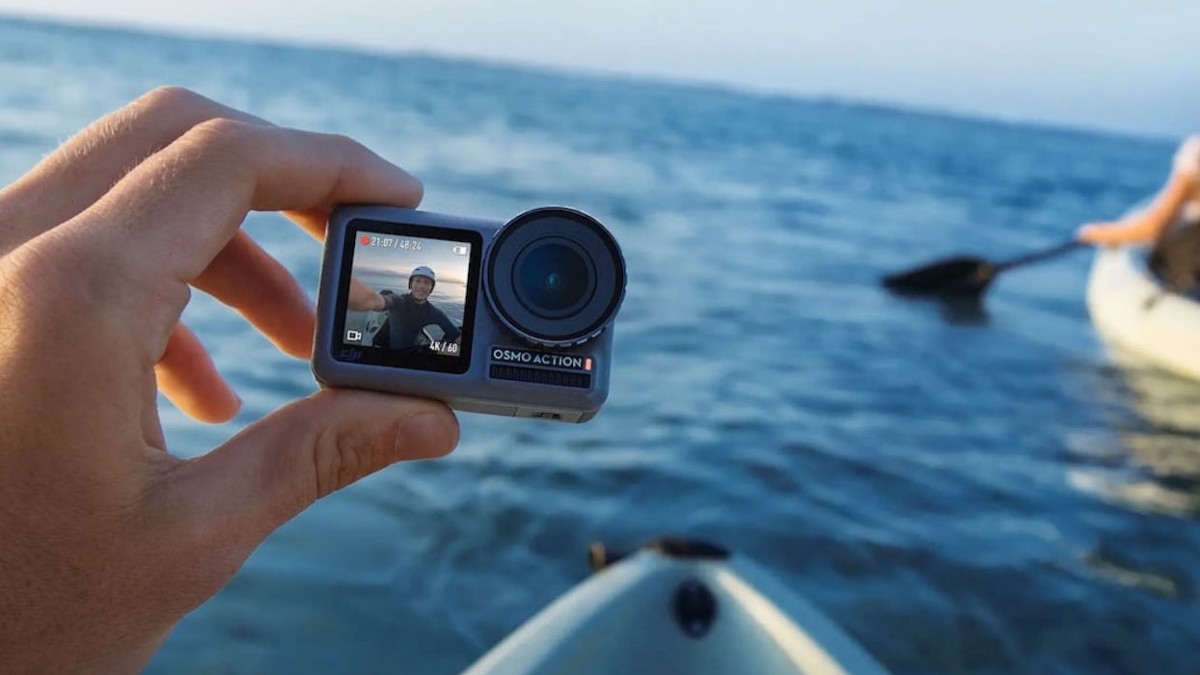 DJI Osmo Action Camera in Use

As sales of DSLRs and compact cameras tail off, demand for action cameras has never been stronger. This is quite remarkable given that few people owned an action camera ten years ago. In that time, the technology has advanced rapidly. At first, GoPro was the only player. Today, the market is wide open, with dozens of brands offering their unique take. To compete, most now deliver 4K resolution. Choosing between the various options can be tricky as a potential buyer. To help you navigate the bewildering array of brands and features, we decided to put together the ultimate guide to buying a 4K action camera.

Which 4K action camera is best?

As always with such a broad question, there is no definitive answer. While some devices are clearly better than others, choosing between the best comes down to your particular needs.

Taking 4K resolution as a given, the next big considerations are:

Look for something that suits the type of action you are likely to be shooting. To help you get started, here’s a list of our favorite pocket cameras:

It might be a few years old, but the YI 4K is still a great budget option. It captures 4K footage and 12MP photos through a 155-degree lens, with a tough Gorilla Glass screen on the rear. 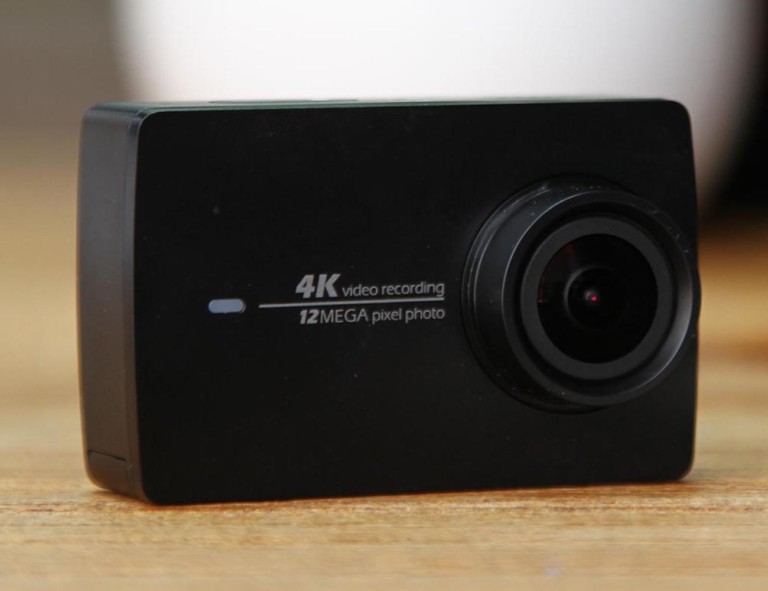 The Front Face of the YI 4K 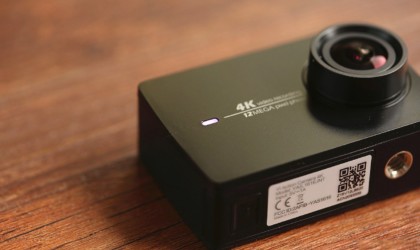 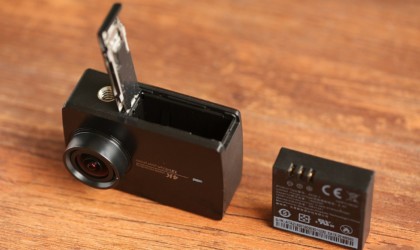 With screens on the front and rear, the DJI Osmo Action makes it easy to vlog and take selfies. It also has some great creative features, such as HDR video and up to 8x slow motion. 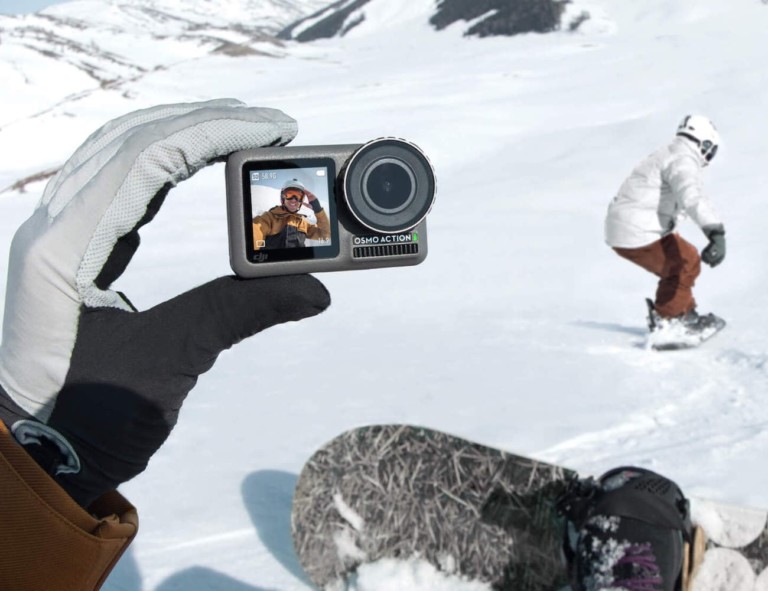 Capturing Selfies with the Osmo Action 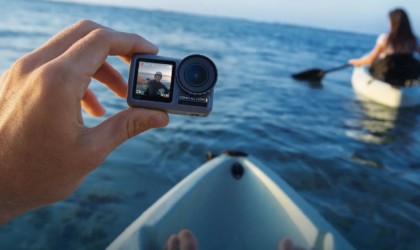 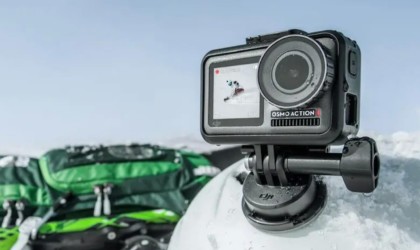 [tweet_box]Thinking of buying a 4K action camera? We put together the ultimate guide[/tweet_box]

Although OCLU isn’t as well known as some other brands, the Arizona startup has produced an impressive camera. The best feature is LiveCut, which lets you chop unwanted footage on the fly. 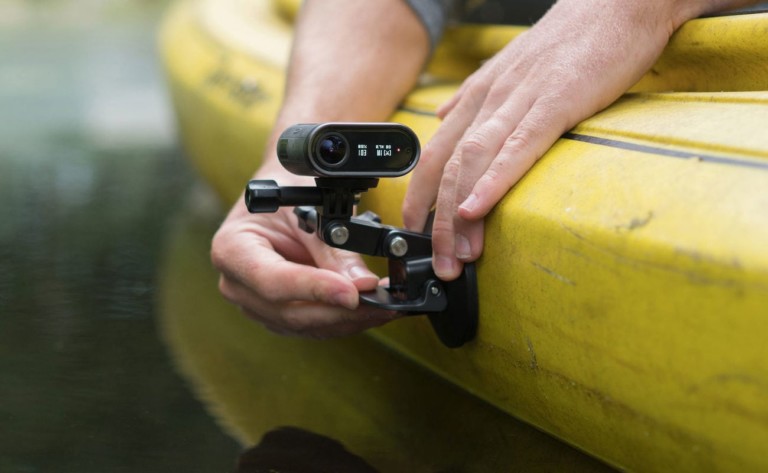 OCLU is Perfect for Action Sports 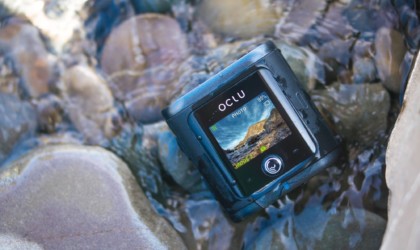 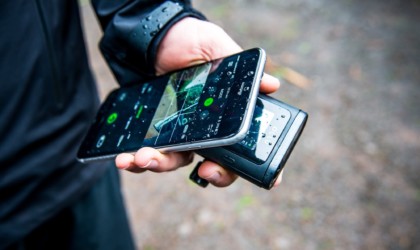 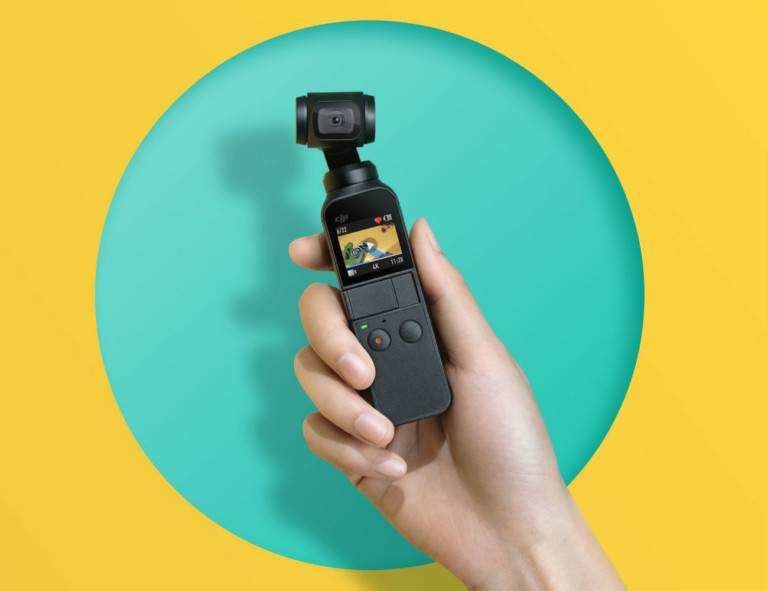 The Gimbal-Mounted DJI Osmo Fits Right In Your Hand 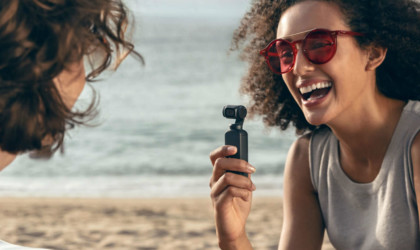 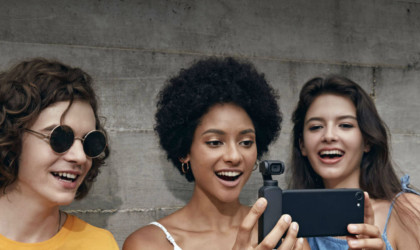 The TG-Tracker looks weird, but it fills a niche. This camera is waterproof to 100 feet beneath the waves, with a 204-degree lens and built-in sensors to capture data. 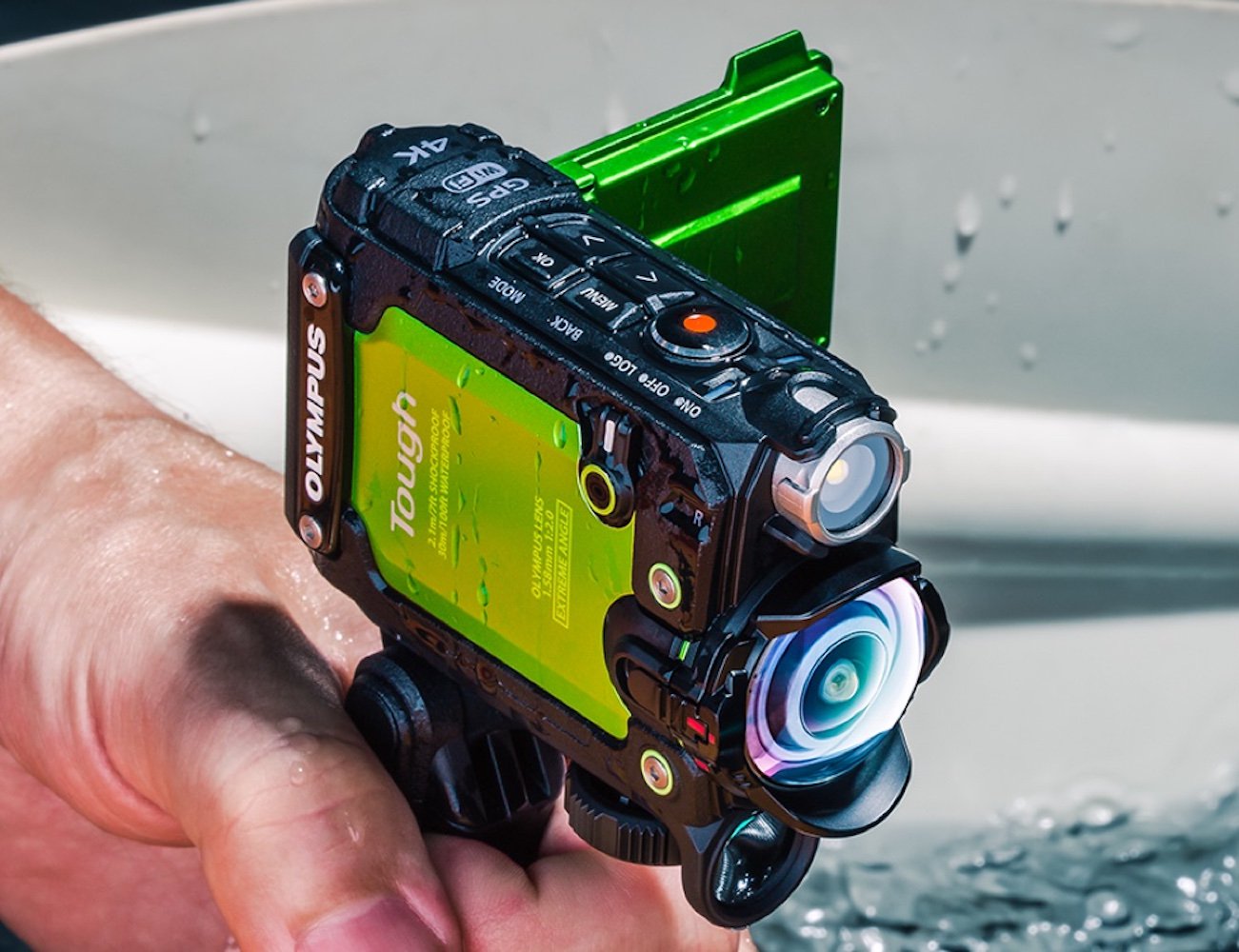 The Waterproof TG-Tracker Survives the Elements

Want to capture everything you see? The GoPro Fusion record 5.2K footage for breathtaking virtual reality content. You can even grab traditional videos from the footage. 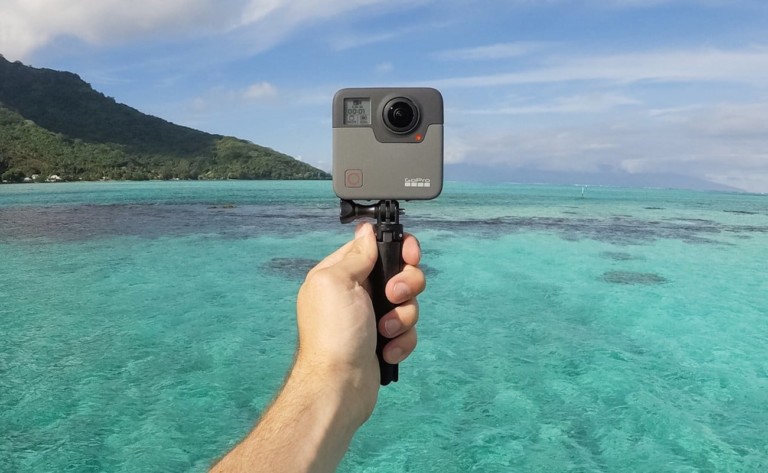 Taking 360° Videos with the GoPro Fusion 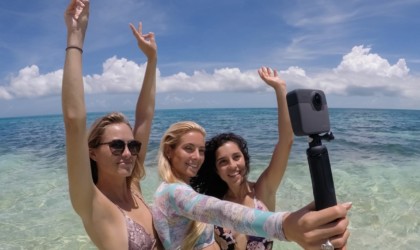 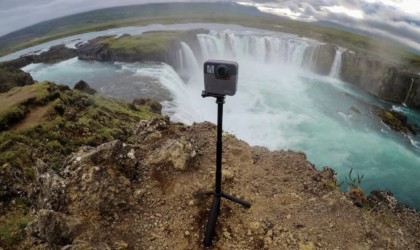 For outright image quality, the Sony RX0 II looks like the best option right now. It has a 15.3-megapixel CMOS image sensor, a razor-sharp 24mm fixed lens, and a useful flip-out screen. 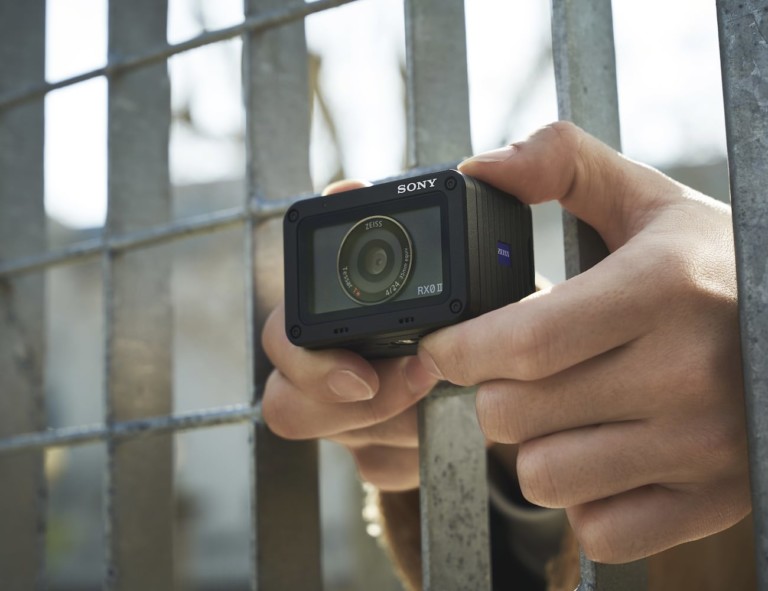 Capturing Footage with the Sony RX0-II 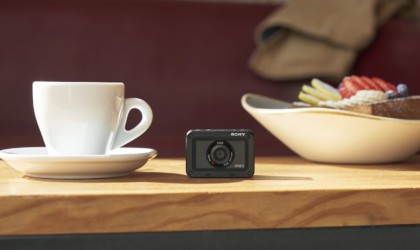 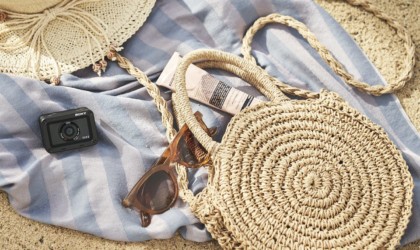 Try as we might, no camera we have found surpasses the HERO7 Black right now. Capturing footage at 4K resolution and 60 frames per second, the camera also offers image stabilization, GPS technology and voice control. 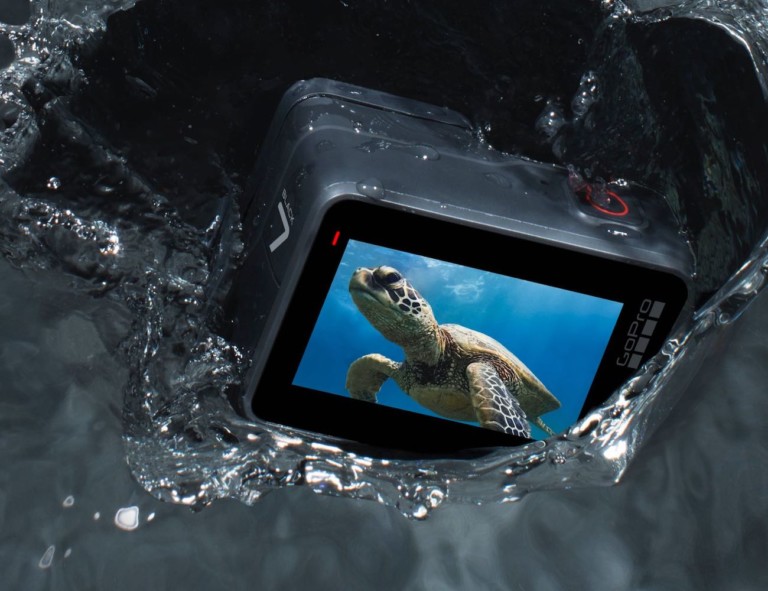 The GoPro HERO7 Black in Water 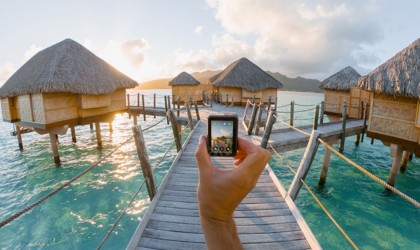 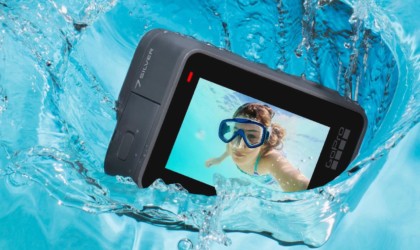 Picking out the perfect 4K action camera isn’t easy, but we hope our “ultimate guide” will have made things clearer. We believe the HERO7 Black is the best camera out there right now, but there are plenty of worthy alternatives to choose from!

Mark is best known for writing about apps, but he also loves the tactile, hardware side of technology. Being a professional photographer, he's pretty handy with a camera, and he's a self-confessed tweetaholic.
Join the Discussion
Popular Blog Posts
Apple Silicon Macs—should you buy the new Macs with the M1 chip? 15 Smart gadgets for Google Home Must-have smart home gadgets for a truly smarter home Best iOS 14 app icon packs to customize your iPhone Home Screen LG vs. Samsung TV 2021: Who’s winning the smart TV war?