The majority of drone owners today use their remote-control aircraft as flying cameras. Models such as the DJI Phantom 4 and 3DR Solo can even operate on autopilot, following your every move as an eye in the sky. The footage is superb, and the selfies are spectacular — but no-one is going to haul around one of these bulky quadcopters for a quick snap. They might pack the Hover Camera, though. This fold-up drone flies autonomously once released, using on-board facial recognition to take photos and video.

In its folded state, the Hover Camera measures just 182 x 132 x 32.5 millimeters, meaning it can fit in most purses. When the urge to selfie arises, users can simply fold out the propellers, power up, and let go. The drone senses when it is no longer supported, automatically steadying itself in the air. You control it through the companion app on your smartphone, tapping on the person you want the Hover Camera to follow. You are then free to begin your selfie spree 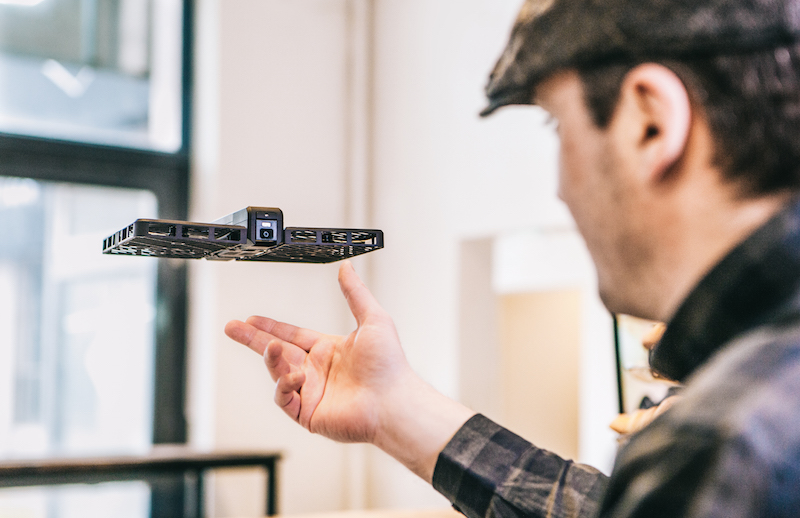 The ingenuity of this drone is quite remarkable. In addition to the foldable design, the rotors have been caged so you can catch the drone without your fingers getting caught, yet enough air still passes through. The Hover Camera employs electronic image stabilization rather than a gimbal, while the on-board AI enables the drone to lock on with remarkable accuracy.

Even the camera itself is impressive, taking 13 megapixel stills, 4K video and 360-degree panoramas. All of this is packed into a drone that weighs 238 grams, which is light enough to avoid Federal Aviation Authority regulations. 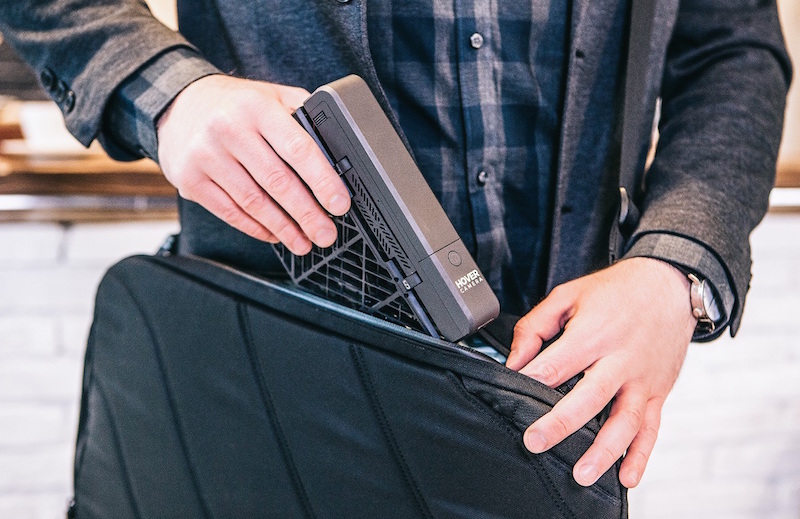 The Hover Camera is currently in beta, so there is no way of knowing just how effective or popular the technology will be. Equally, there is not yet any word on pricing, but reports suggest that it will be launched in the US this summer. If the demo videos are anything to go by, Hover Camera could be the next big craze.

Can you see yourself buying the Hover Camera?