iOS 10 App Wants You To Become An Organ Donor 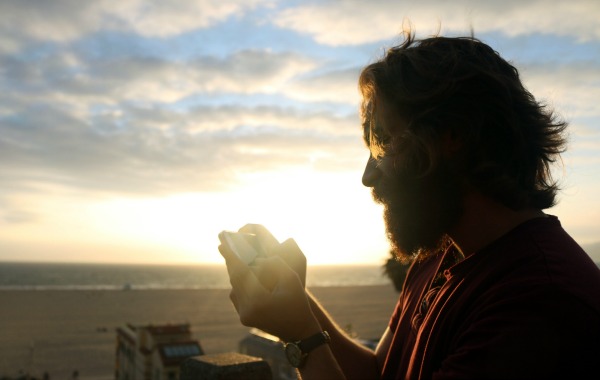 How do you measure the value of a corporation? Investors have one answer, while philanthropists probably have quite another.

The good news for Apple, Inc., is its latest innovation should please both parties. With just a few lines of code, the global tech giant is adding a potentially revolutionary new feature to its next mobile operating system — and it shouldn’t cost shareholders anything at all.

A World of Good

Apple recently partnered with Donate Life America, a non-profit organization whose mission is to spread awareness of the importance of organ donation and increase the number of organ donors in the United States. The partnership is perhaps an unlikely one, until you start thinking about the exciting ways technology and health have become closely intertwined in recent years. Your Fitbit was just the first baby step.

So what’s Apple doing? Beginning with iOS 10, the latest mobile operating system running on iPhones and iPads, users will be able to sign up as an organ donor using the native Health application. The app already offered thoughtful features such as a medical ID card, which provides emergency contact information and details on the user’s blood type and allergies in case an accident should befall them, but this is an exciting new step that could do a world of good.

With just a few short taps, iPhone users will be able to add their name to the national organ donor registry — and sit back in satisfaction that such a small gesture could have such a profound impact on the lives of folks they’ll never meet.

The Size of the Problem

According to the American Transplant Foundation, the current backlog of patients awaiting life-saving organ transplants is a tragic 121,000 — and another new name is added to that list roughly every 10 minutes.

And it gets worse. Twenty-two people die each day because they failed to secure a healthy replacement organ. But consider this. Just one organ donor can save as many as eight lives after they pass on and “enhance” another 100 thanks to their other bodily tissues, which would otherwise go to waste beneath the ground or in the crematorium.

[tweet_box] iOS 10 will make it easier to sign up as an organ donor. via @TheGadgetFlow #iOS10 [/tweet_box]

So why aren’t there more donors? There’s a host of reasons — and squeamishness is just the start. It’s true that many folks are hesitant to have their bodies “tampered with” — even after death — and for others, objections raised about organ donation may even have their roots in religious tradition.

Orthodox Jews, for example, have exhibited a certain hesitation about donating their organs and tissues after death, and the Vatican has dithered about the definition of various forms of death and whether organ donation is permissible in cases of “mere” brain death.

But for most folks, tradition doesn’t enter into it. They may simply not understand how easy it can be to sign up as a donor or be unaware of how critical the need really is in this country. The problem, therefore, is primarily a communication one. What better way to solve it than adding a “backdoor” into the process on a device we carry on our person virtually every second of our waking lives? Apple’s solution is hearteningly simple, pun intended.

Technology, Health and the Future

If you’re like 20 percent of Americans, you’re wearing a device on your body right this moment that gathers and collates a variety of data about your physical well-being, including steps taken, resting and active heart rate, and much more.

But this key addition to Health in iOS 10 is potentially even more exciting. It plugs us into something larger than ourselves and makes us part of a charitable community. And all it takes is a few taps on a pocket-sized screen. It couldn’t be more clear that technology and health are marching side by side into a remarkable and uncharted future.

For example, consider the many ways emergency departments use technology to save lives more efficiently every day. They can track patients and medical equipment across an entire hospital with Radio Frequency Identification (RFID) tags, locating them in real time. Or how about the prospect of fitness wearables that actually anticipate health problems and offer solutions, without our ever setting foot in a doctor’s office? There are no limits to what we can accomplish with technology on our side.

And while Apple might catch some periodic, and not completely unjustified, flak for introducing yet another non-user-removable “stock” application to its mobile platform, few will argue the Health app hasn’t been a worthy and pro-social addition.

iOS 10 is already available as a developer preview and will become more widely available to the public as a beta later in July. The official release drops sometime “this fall,” which, for Apple, usually means mid-September. We’ll be interested to see if any other updates or new inclusions are announced before then.

What do you think about Apple’s partnership with Donate Life America? Will you become an organ donor?

Image by Lesly B. Juarez