If you’re interested in the best VR headsets and games you can buy now, you’re reading the right blog. This year, more than ever, people are looking for truly immersive gaming experiences and the current VR technology is up to the task. Read our roundup of the best virtual reality games and headsets to find games that will take your breath away and the headsets you need to play them. 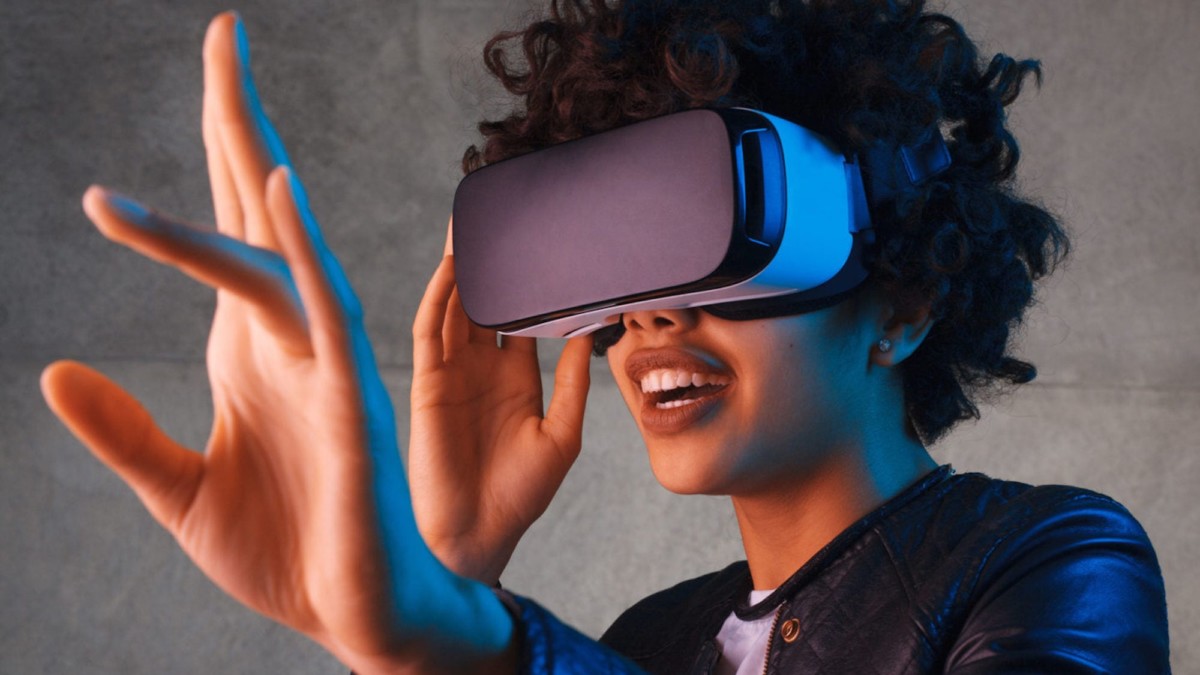 While it’s been a niche interest for some time, with the current pandemic, more and more people are turning to virtual reality experiences and games for entertainment. Luckily, the technology is equipped to handle the new interest. Nowadays, there’s more choice than ever when it comes to choosing a VR headset. Check out the ones below or these popular VR headsets.

Related: The best virtual travel gear 2020 – what you need for the trip of a lifetime

But the whole point of getting a good VR headset is to play a great game, right? Don’t worry, we’ve got you covered there, too. According to TechRadar, now that VR is becoming more mainstream, there’s a more extensive library of games to choose from with more diverse experiences. So whether you like high-action shooters or more cinematic adventures, you’re sure to find the narrative that suits you.

Check out these impressive VR headsets

A great headset for gamers on the go is the Pico G2 Lightweight 3K VR Headset. It weighs just 268 grams, so it’s incredibly portable, which also means you can wear it comfortably for longer periods. Best of all, the Pico G2 features a 3K LCD with a resolution of 1440 by 1600, which will give you a premium viewing experience you’ll have to see to believe. 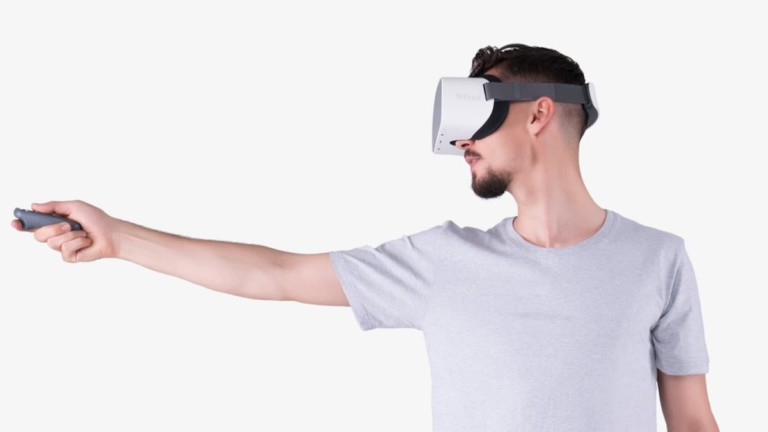 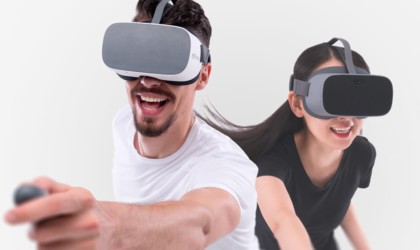 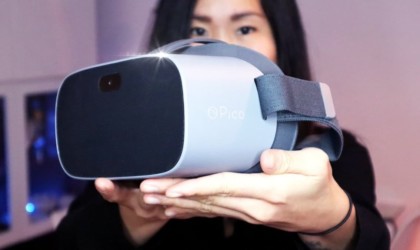 A collaboration between Valve and Microsoft, the HP Reverb G2 Immersive VR Headset, is a game-changer. And you can use it for more than gaming. The Reverb G2 connects with apps like SkyReal and Enscape to help you edit and showcase your creations. In a professional setting, this gadget can help you practice public speaking. As far as games go, this VR headset will help you feel immersed in virtual reality games with its impressive speakers. 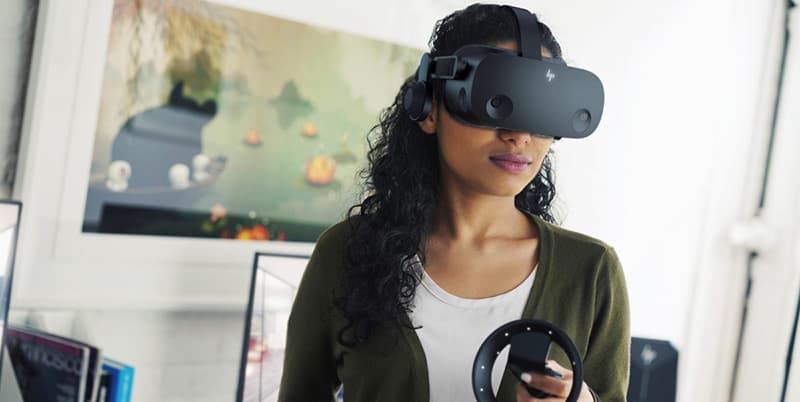 Want to feel futuristic while you game? The XRSPACE MOVA Portable VR Device will help you look the part. This stylish VR headset is easy to slip-on and is more comfortable to wear than other headsets due to its light weight. You’ll love that MOVA offers both Wi-Fi and 5G connectivity and that you’ll get a high-speed experience since it runs on the Qualcomm Snapdragon 845.

The PlayStation VR Gaming Headset will let you experience virtual reality games like you’re truly there. This gaming headset works with your PlayStation 4, and connects to your PlayStation Camera to unlock a whole new game world. Furthermore, PlayStation VR offers insanely clear and seamless visuals, allowing you to move freely and enjoy every detail. 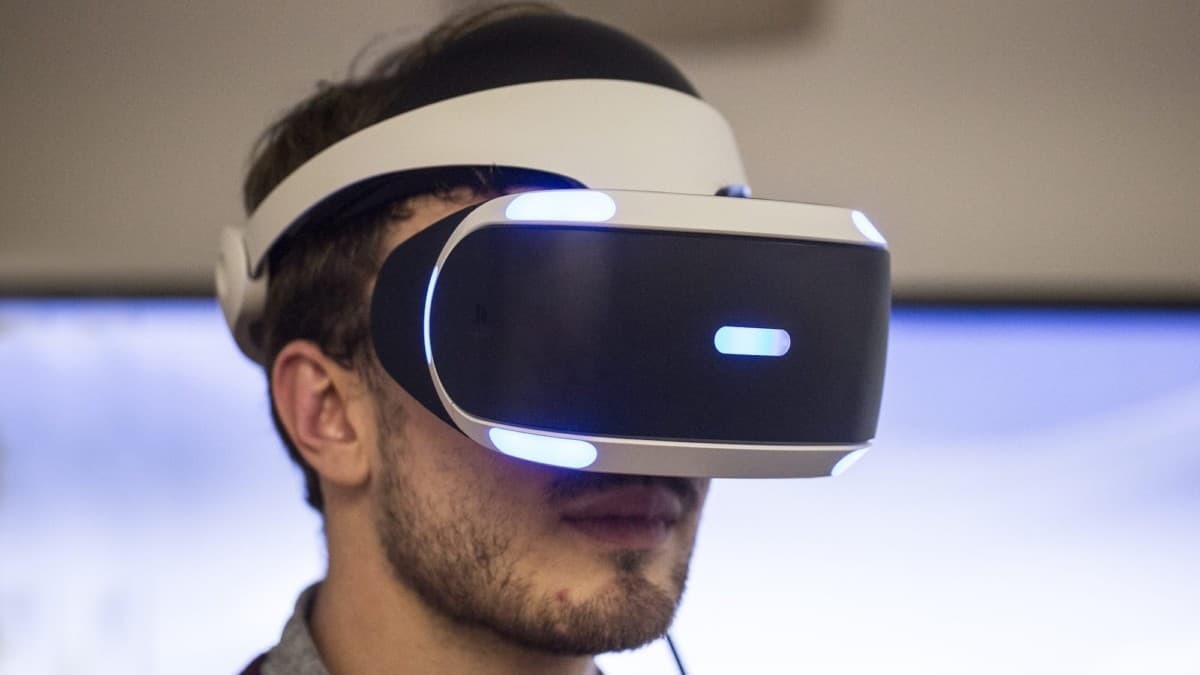 The Valve Index Ergonomically Designed VR Headset is, quite literally, made for long gaming sessions. This virtual reality headset is designed to have minimal contact with the skin, which results in less heat retention and, thus, sweating. Also, this headset features a frame rate of 120Hz, is backward compatible to 90Hz, and has an experimental 144Hz mode. With this mode, this is one of the crispest VR headsets on the market. 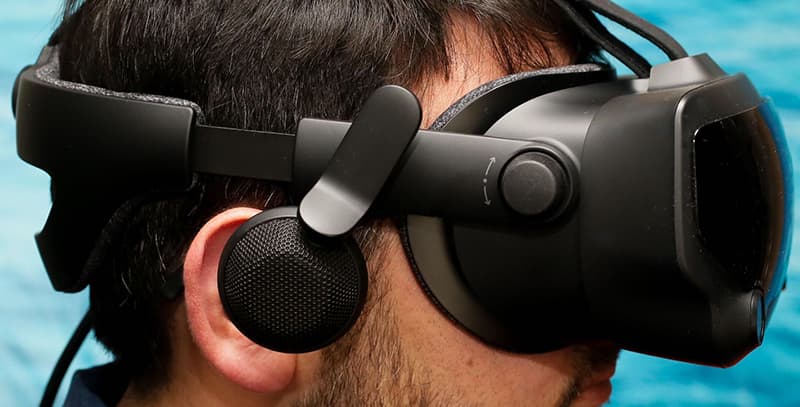 And to go along with your brand-new virtual reality headset, you’ll want some amazing games. Here are the VR games everyone is talking about in 2020:

Half-Life: Alyx is one of Valve’s first VR games and first new entries in the series in over a decade. But don’t let the long lull fool you, this game is impressive. This time players will take on the role of Alyx Vance instead of Gordon Freeman as they cruise around City 17. You’ll experience shootouts with Combine soldiers and solve puzzles that your VR setup will help you solve. Overall, this game is an excellent example of what you can experience through virtual reality. 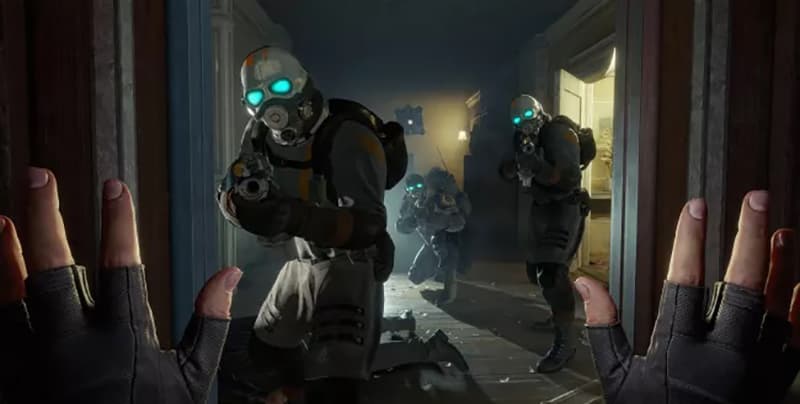 No Man’s Sky VR space exploration game takes you to the center of new worlds and lets you admire the vast beauty of space from your spaceship. This game had a bumpy start, but there have been several updates since then. No Man’s Sky VR now supports capital ship and fleet management, base building, and multiple players. Gaming experts say it’s an ideal time to explore the game if you’ve never played before, or even if you’ve had hours of experience. 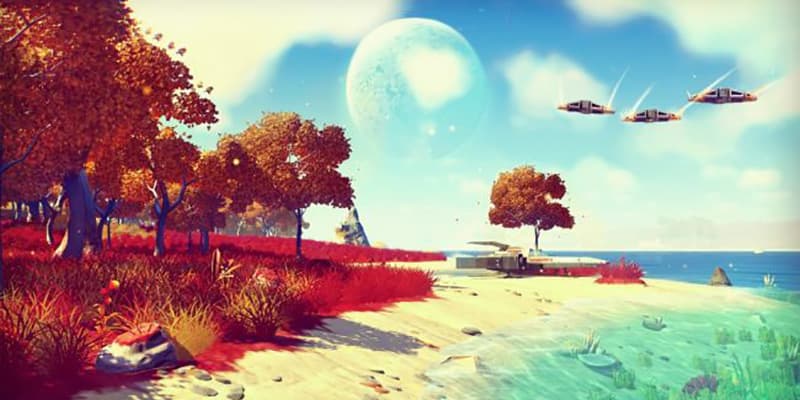 A game that will get you moving and your heart pumping is Beat Saber. In this fast-paced rhythmic game, you slash color-coded blocks following the beat of the music. This virtual reality game is similar to games like Guitar Hero and Rock Band in that it features something like a ‘note highway’ where you’ll need to swipe at blocks as they get closer to you. 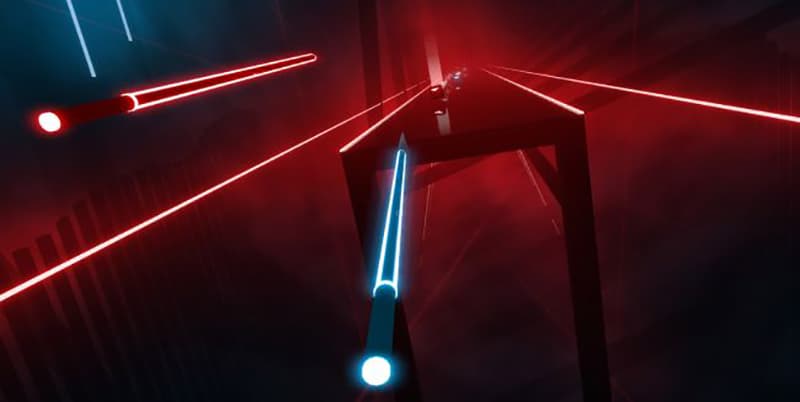 In Batman: Arkham VR, you take on the role of Batman and fight crime in the streets of Arkham City. This game offers limited experiences of the Wayne manor, bat cave, and city itself. However, if you’re looking for a laid-back, cinematic game, this could be the virtual reality game for you. You have opportunities to delve into Batman’s detective side, examine crime scenes, pick things up, and immerse yourself in this new world. 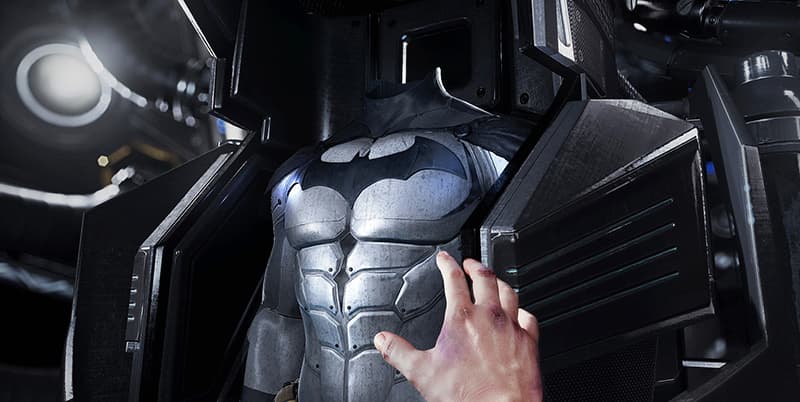 According to TechRadar, if you own a PlayStation VR headset, Astrobot: Rescue Mission is required playing. This game is genuinely inventive VR gaming. You manipulate Astro, a mini robot who needs to rescue his friends. As a player, you are a third-person camera, so you’ll need to locate where the other robots are trapped. You’ll use multiple tools to avoid obstacles, save the robots, and fight bosses. 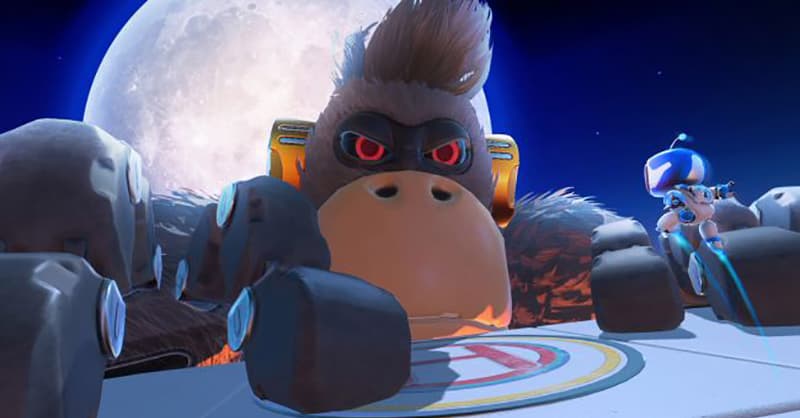 The world of virtual reality games and VR headsets has improved in leaps and bounds. With more games and headset options available than ever, it’s a great time to jump on board or to continue your VR passion. Did any of these headsets or games inspire you? Let us know in the comments.

Lauren has been writing and editing since 2008. She loves working with text and helping writers find their voice. When she's not typing away at her computer, she cooks and travels with her husband and two daughters.
Write your comment..
Popular Blog Posts
Best living room gadgets and accessories 10 workspace gadgets for a futuristic home office Must-have smart home cleaning gadgets Ultimate eCommerce checklist to boost your online sales 9 Smart home office gadgets to boost your productivity Best 5G phones to buy in 2020 24 Cool tech gadgets that prove we’re living in the future LG vs. Samsung: Who’s winning the smart TV war? Must-use Kickstarter marketing tips and the best strategies to get funded 8 VR cameras to perfectly capture the world around you