Top video games you should play during quarantine

COVID-19 quarantine may have left you with quite a lot of extra time. After you’re done with working from home and finished your chores, you’re still inside four walls wondering how to pass the extra time. If you’re a gamer, you probably have a list of new games you’d like to try. And if you’re new to gaming, now is the perfect time to discover virtual worlds and characters. Gaming can even be a way of connecting with others and making new friends. 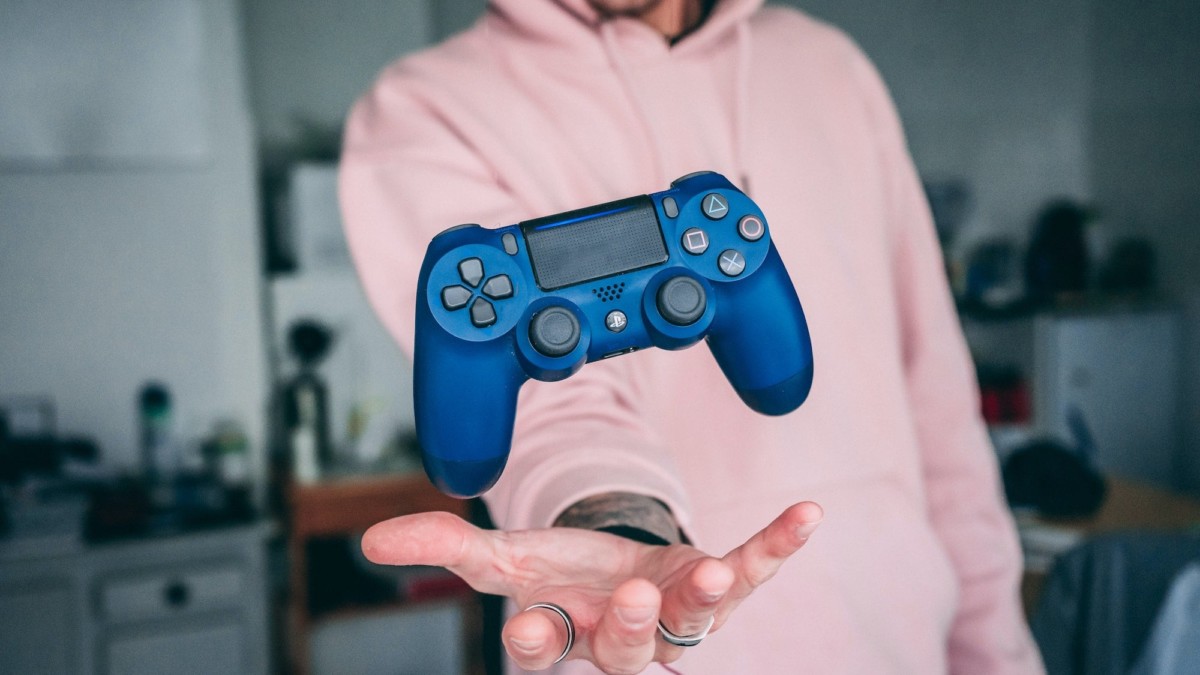 Shelter-in-place mandates are rough, especially on the weekends. If COVID-19 suddenly handed you the free time of your dreams, three weeks in, you may be running out of things to do. And you’re not alone if the Animal Crossing Craze taking over the internet is any indication. Most people stuck at home are looking for an exciting way to pass the time, and many have discovered some top video games.

And it’s got the WHO’s seal of approval. As part of a campaign to keep people connected and safe during the pandemic, companies are using WHO guidelines to highlight gaming’s support for physical distancing. And the World Health Organization is supportive of the idea. So now, gaming can be considered an act of selflessness.

Whether you’re new to gaming or are an old pro, we’ve rounded up some of the top video games you should play during a quarantine.

God of War is a 2018 action/adventure video game for PlayStation 4 (PS4). It’s the eighth installment in the God of War series, and the sequel to 2010’s God of War III. Unlike previous versions that loosely followed Greek mythology, this installment is based on Norse mythology, and most of the story takes place in ancient Norway. 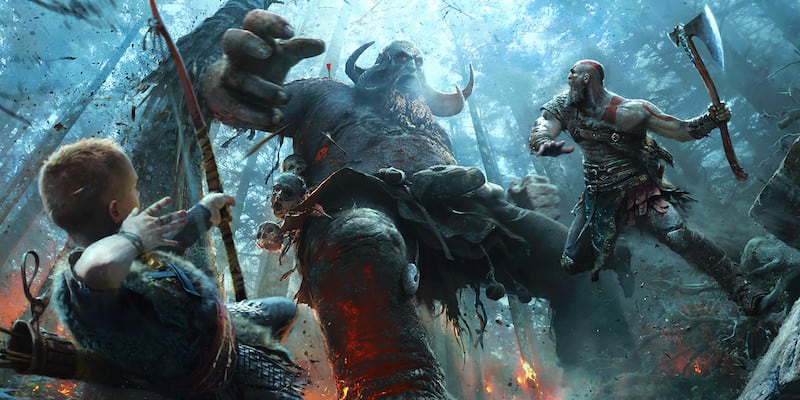 The two protagonists are Kratos, the former Greek God of War, and his young son Atreus. Following the death of Kratos’s second wife, Atreus’s mother, they set out to fulfill her wish to spread her ashes at the highest peak of the nine realms. Kratos has concealed his troubled past from his son, who is unaware that his father is divine. As they journey, they meet monsters and the Norse gods. God of War has received universal acclaim for its narrative, art direction, world design, graphics, music, combat system, and character. Reviewers note that this version of God of War revitalized the series while keeping the core identity of its predecessors. It’s an action-packed, intriguing world you’ll find difficult to pull away from.

Another of the top video games you should play during quarantine is Red Dead Redemption 2. It’s another action-adventure game from 2018. The storyline takes place in 1899 in a fictionalized western United States. It follows outlaw Arthur Morgan, a member of the Van der Linde gang. Arthur is trying to deal with a declining Wild West, rival gangs, and the federal government. You’ll also follow John Marston, fellow gang member and the protagonist of Red Dead Redemption 2. 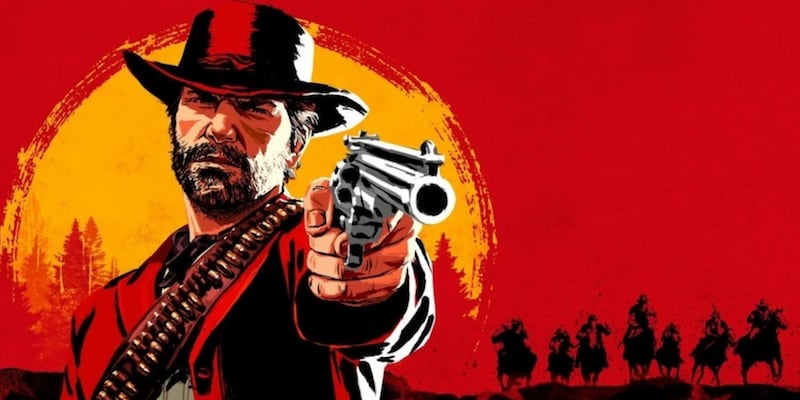 In this top video game, players may freely explore this interactive, open world. Activities include shootouts, heists, horseback riding, hunting, interacting with non-player characters, and upholding the character’s honor rating through moral choices and acts. The game received acclaim from critics for its characters, narrative, gameplay and combat, open-world design, and music. So while you can’t leave your house, you can travel back in time to 1899 America and try your hand at surviving in the wild west.

Another great video game, the latest version of Animal Crossings (2020) has become something of a craze lately, with people turning to it for a calming kind of fun. Animal Crossing is Nintendo’s social simulator franchise and is similar to the Sims. New Horizons is the franchise’s latest installment and is a Nintendo Switch Exclusive. 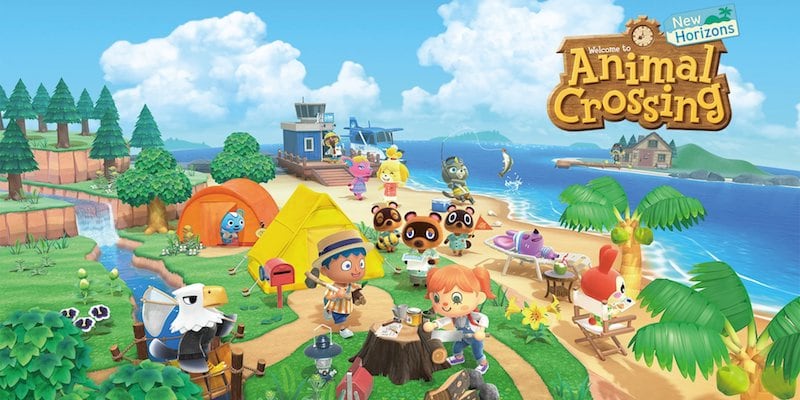 The game transports you to a deserted island with a wealth of natural resources that you can use to create your own paradise. You can build a community, customize your home, hunt for fossils, create decorations, and work the landscape. The time of day and seasons match what you’re experiencing in real life. So if it’s winter where you are, it will be winter on the island too. Finally, you can play on the same system as four other people so you can play together and show off your island homes to each other. The game has received universal acclaim. Jack Rear of the Telegraph wrote that the game’s elements “[add] up to the perfect DIY recipe for the most chilled out, relaxing, and engaging life simulator ever.” These days, that’s something we all need.

Grand Theft Auto V is a 2013 action-adventure game, the first installment in the series since Grand Theft Auto IV (2008). Set in the fictional state of San Andreas, based on Southern California, Grand Theft Auto IV is a single-player story that follows three criminals and their efforts to commit heists while being pursued by a government agency and powerful crime figures.

An open-world design lets players explore San Andreas’s countryside and Los Santos, a fictional city based on Los Angeles. You can play the game either from a third or first-person perspective, and you can move on foot or by vehicle. The focus is on the heist sequences, and the missions include shooting and driving. Players who commit crimes enter a “wanted” system, which affects law enforcement’s response. The game received universal acclaim from critics. Reviewers liked the multiple lead character formula, heist missions, and presentation. However, some did not agree on the quality of the story and the characters. In any case, it’s an intense, high-energy world, perfect if you want to add more excitement to your day.

You’ve probably seen the Netflix series with the same name. This is where that came from. The Witcher 3: Wild Hunt is a 2015 action role-play game based on The Witcher series of fantasy novels by Andrzej Saplowski. As a player, you’ll control Geralt of Rivia, a monster hunter (or witcher) who is searching for his missing adopted daughter who was trying to escape the Wild Hunt, a force intent on capturing her for her powers. You’ll battle dangers with weapons and magic and meet non-player characters. Side quests increase Geralt’s abilities and let you buy equipment. The story has several endings depending on your choices at specific points in the game. It’s a gripping story and world, and both will have you wondering what end you’re setting the characters up for. 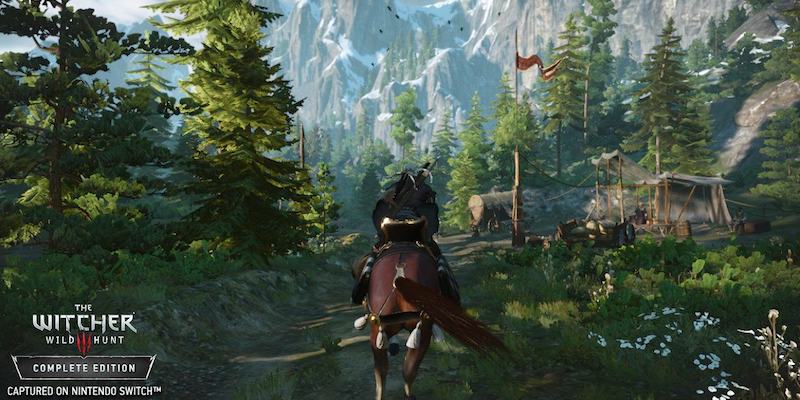 In terms of its reception, this top video game received universal acclaim for the PlayStation 4, Xbox One, and PC versions and generally favorable reviews for its Switch versions. Reviewers said that the game was an adventurous action role-playing game that was large-scale but had technical issues and a lack of innovation.

Super Mario Odyssey (2017) is a Nintendo platform game. It follows Mario and Cappy, a hat that allows Mario to control other characters and objects, as they travel through various worlds to, again, save Princess Peach from his enemy, Bowser, who wants to marry her. This game is a primarily open-ended, exploration-based gameplay, similar to concepts in Super Mario 64 and Super Mario Sunshine. In any case, we’re sure you’ll enjoy playing with characters from your childhood. 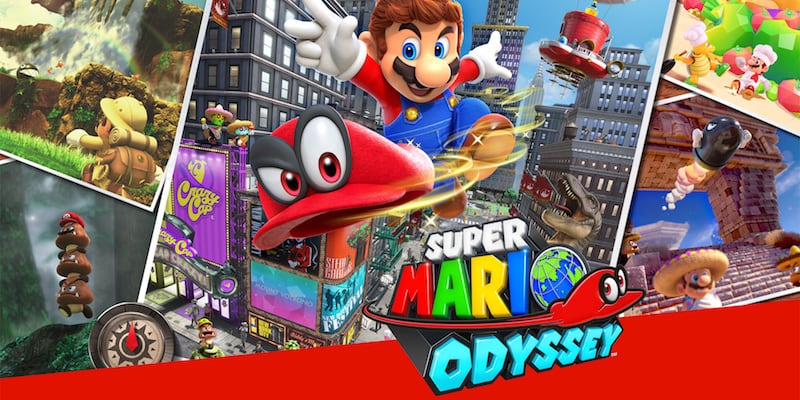 This top video game received universal acclaim from critics. Many called it one of the best games in the series. Some even claimed it was one of the greatest games of all time, praising its inventiveness and originality. It also won game of the year and was a commercial success. It sold over 16.59 million copies by December 2019, making it a best-selling Switch game.

Since you can’t get together with your friends to play a game of 2-on-2, you can always enjoy the virtual version with NBA 2K20. This is a basketball simulation video game that features Los Angelos Laker Anthony Davis as the cover athlete for the regular edition of the game. Dwyane Wade is the cover athlete for the “Legend Edition.” NBA 2K20 debuted in 2019 for Nintendo Switch, Microsoft Windows, Xbox One, and PlayStation 4. On November 19, 2019 it was released for Stadia. 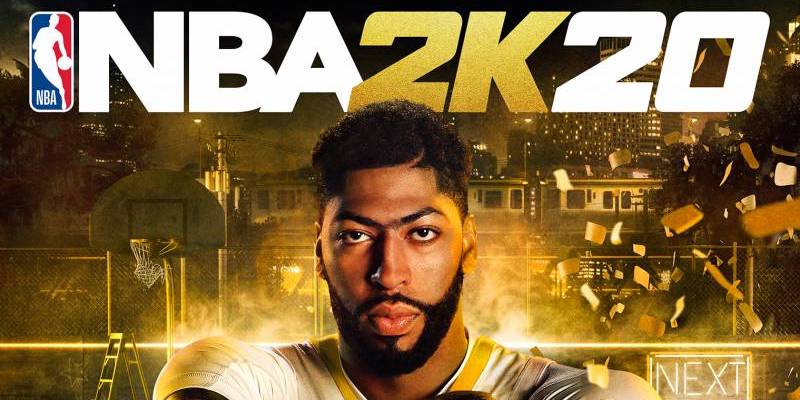 Also, as a basketball simulation game, NBA 2K20 tries to realistically depict the experience of playing in the National Basketball Association (NBA). As a player, you’ll play NBA games with real-life or players and teams that you customize. Matches follow NBA rules and objectives. Additionally, there are several game modes and settings to choose from.

Finally, Call of Duty: Warzone is a 2020 free-to-play battle video game released on March 10, 2020, for PlayStation 4, Xbox One, and PC. Warzone lets you participate in online multiplayer combat with 150 players set in the fictional city of Verdansk. So you’re dropped in the middle of a battlefield where you’ll fight other players to see who is victorious. And since the other players are real, you’ll get to talk and interact. 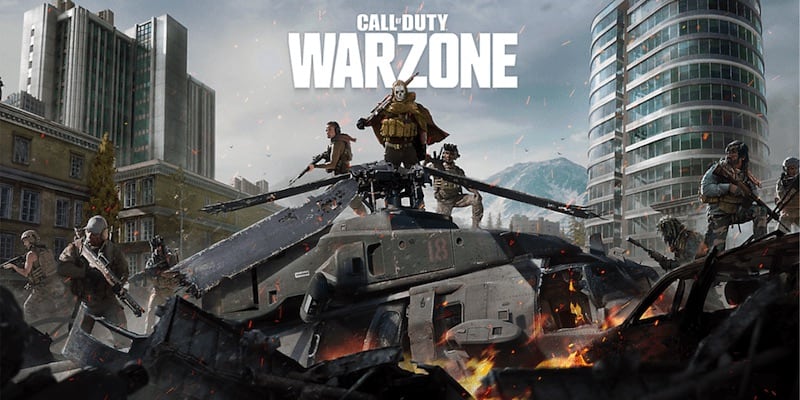 You’ll play the game in two main modes, Blood Money and Battle Royale. Warzone utilizes its currency system called “Cash” which you can use at “Buy Stations” in Verdansk. “Loadout” drops are an example of where you can trade Cash for limited access to players’ custom classes. Players may also use Cash to purchase “killstreaks” and gas masks. On March 11 2020, Activision, Call of Duty’s creating company, announced that Warzone had been downloaded by 6 million people in the first 24 hours.

Established gamers and gaming newbies alike know there are so many virtual worlds to explore. These are our list of the top video games to play that will help you enjoy your time at home.