Dell’s Huge Desktop Touchscreen Will Make You Want to Scribble 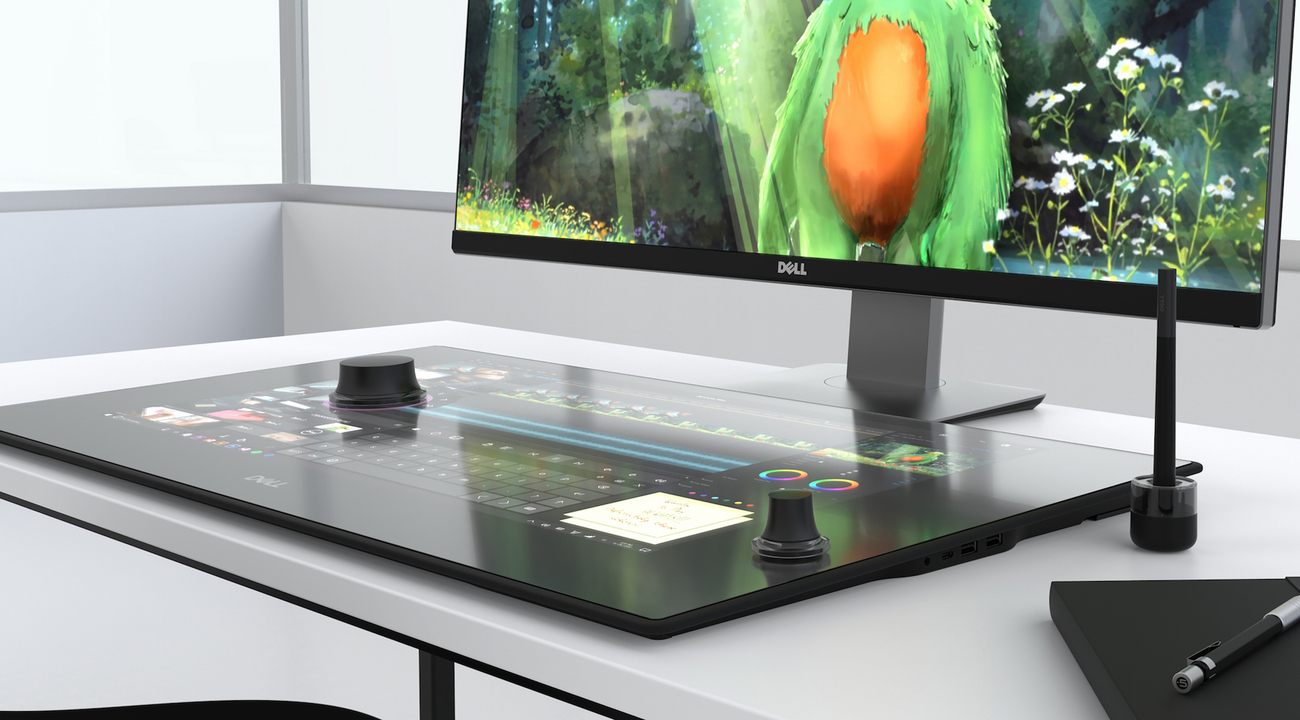 In the deluge of technology that pours out of CES every year, even big names are sometimes overlooked. Under the radar, Dell unveiled an impressive range of new technology last week, including a beautiful new 27-inch desktop touchscreen. Named Canvas, it looks very similar to the amazing Microsoft Surface Studio PC. The main difference is that Canvas works with any computer. In essence, this is the ultimate digital drafting table.

While Dell is clearly investing heavily in our virtual reality, the Canvas touchscreen has drawn far more media attention. The display is aimed at visual creatives, for whom Canvas may be the ultimate productivity tool.

Dell’s display is made to lie horizontally on desktop surfaces. The design offers a slight slope toward the user, just like a drafting table. Additionally, the display provides a spacious area for drawing and editing with the 27-inch touchscreen. At 2560 × 1440 pixels, the resolution is not class-leading, but there is still enough detail for precise work.

Canvas draws instant comparisons with the Microsoft Studio PC. There is even a peripheral, named Totem, that works just like the Microsoft Dial. The accessory provides quick access to color controls and other useful options.

But that is where the similarities end. Unlike Microsoft’s magnificent machine, Canvas is simply a touchscreen monitor that connects to your existing computer. Given that Dell’s display is much cheaper, this will probably suit all but the wealthiest creatives. 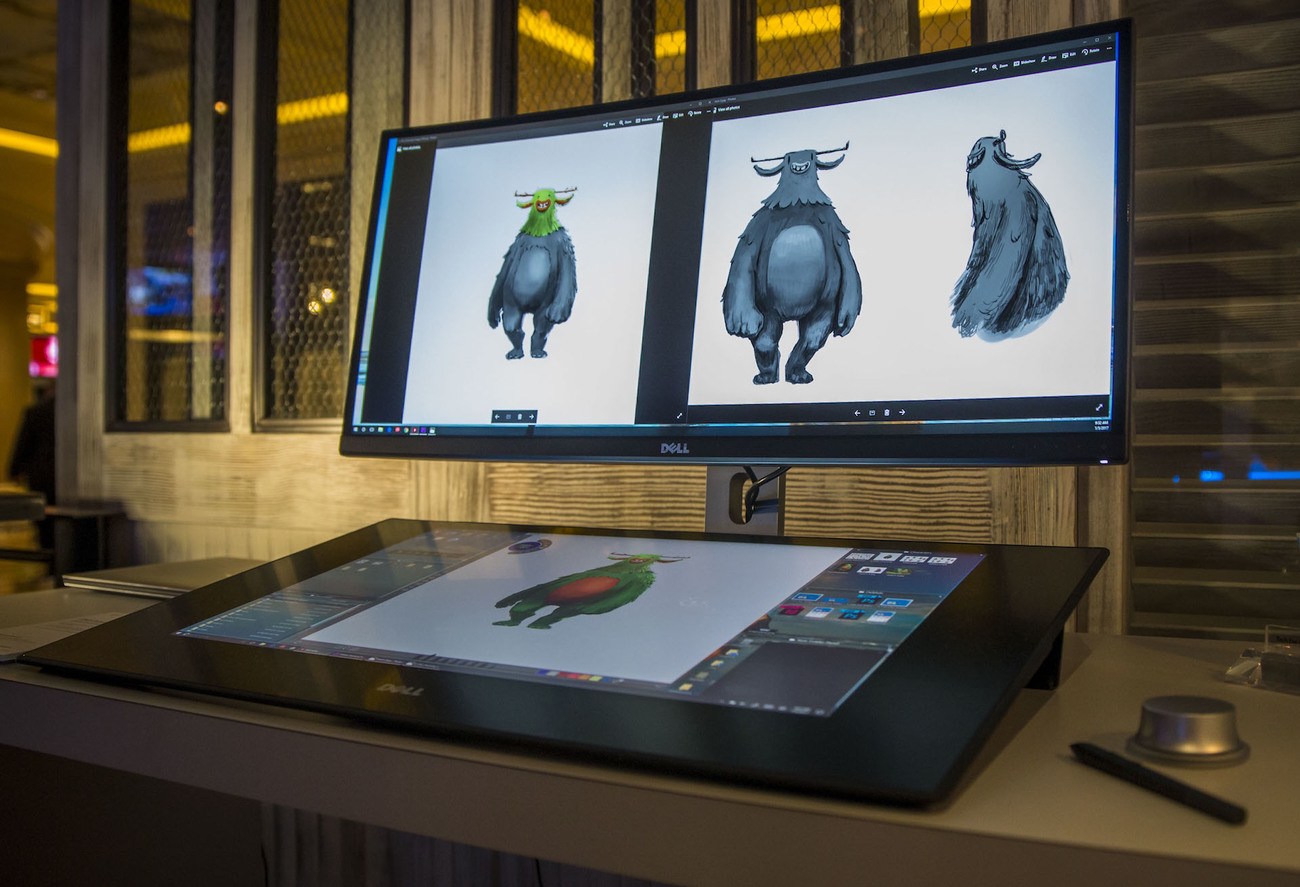 The perfect playground for Photoshop editing, digital painting, audio mixing, note scribbling, and so on. In addition, you won’t need to buy a new computer to use this display.

While Dell has chosen a mid-level resolution to work with older PCs, the display could be sharper. 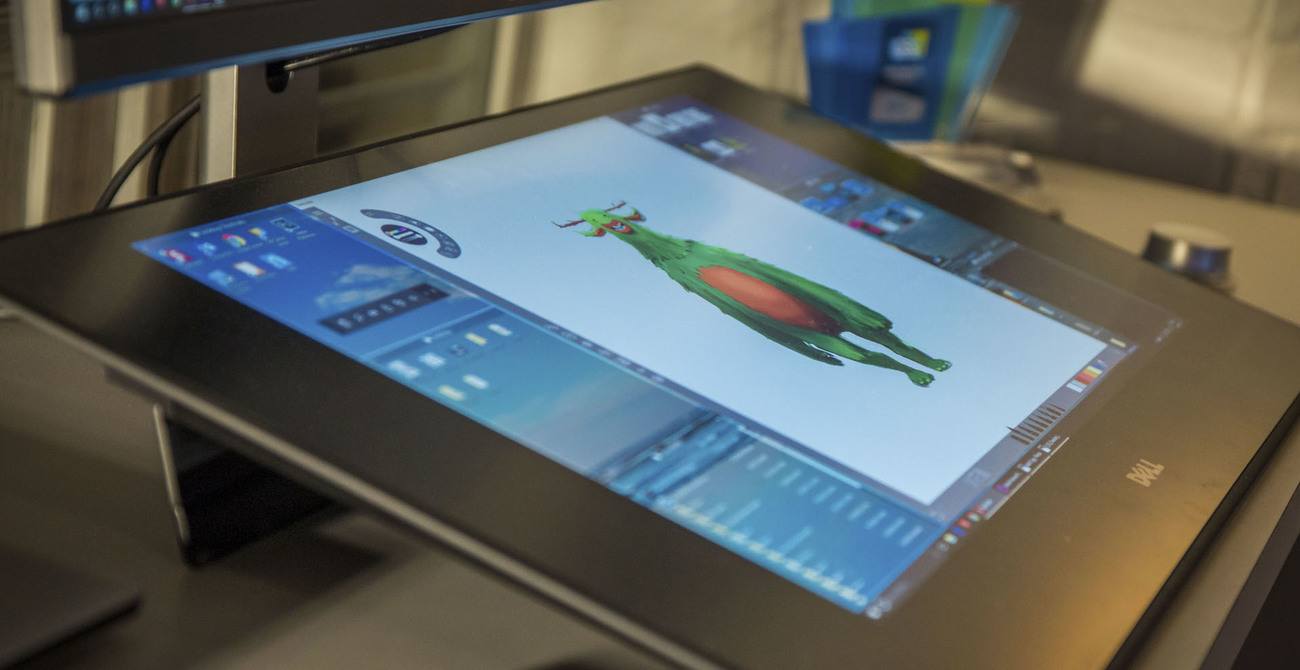 The Canvas display will be available to buy from Dell on March 30th in the U.S, priced at $1799.

Are you tempted by the Dell Canvas? Share your first impressions in the comments!