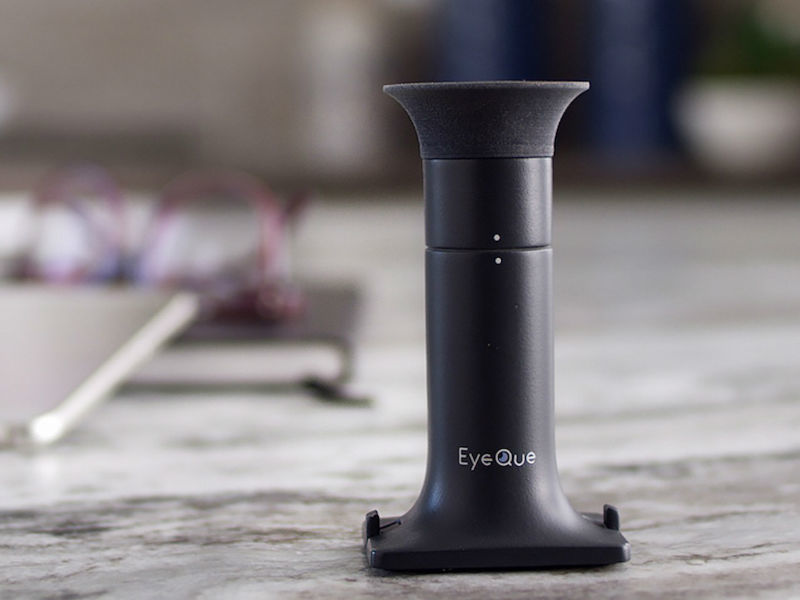 Vision assessment is a tedious process. But with EyeQue, things will change. This is a super convenient way to check your vision anywhere on the go. In fact, it is a small optical device and smartphone app (based on an MIT patent) that makes vision assessment possible anywhere, anytime. While crowdfunding on Kickstarter, they used our services and are one of our most prestigious customers to date. It was a tough challenge marketing a product with such a unique concept but, nevertheless, we were determined.

Today, the EyeQue team surpassed their goal by 538% and moved their campaign on Indiegogo in-demand. We managed to have a word with their marketing specialist, Phoebe. Here’s what she has to say:

Introduce yourself and describe your background.

Phoebe: I’m Phoebe, and I am the marketing specialist at EyeQue. I joined the startup in November 2015, with a background in operations management and economics.

Describe your campaign and the problem it claims to solve

Phoebe: We decided to run a Kickstarter campaign to introduce our first product, the EyeQue Personal Vision Tracker. There are two parts to our product- the hardware is the mini scope, and the software, the myEyeQue smartphone application (available on iOS and Android and supported by MOST smartphones). The EyeQue Personal Vision Tracker can screen for refractive error- distance vision, nearsightedness, farsightedness, and astigmatism. The user attaches the mini scope onto their smartphone, looks through the scope, and performs a series of simple, game-like tests. Test results are processed and stored in the cloud so the user can access them through their phone or computer to keep track of their vision as it changes over time. 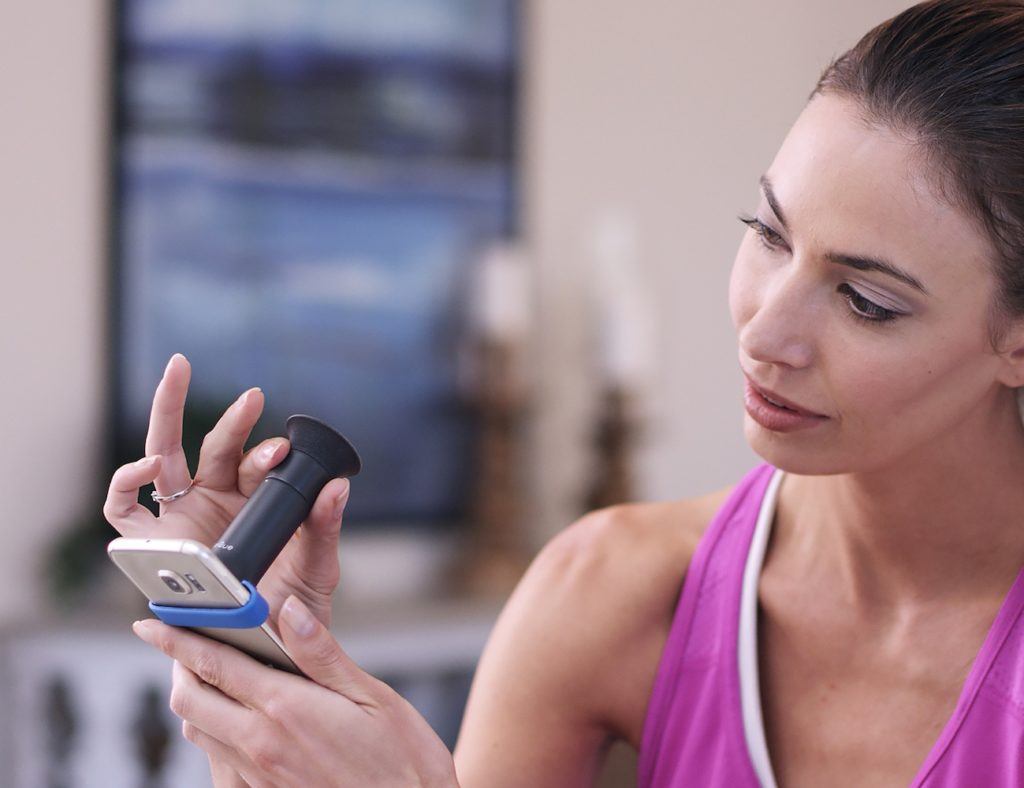 The EyeQue Personal Vision Tracker is the first intelligent vision solution, putting vision care directly into the hands of consumers. In the US, where vision care is readily available, the majority of people don’t see their optometrist or ophthalmologist every two years as is recommended. The Personal Vision Tracker is providing a fun, affordable way for people to get more engaged with their eye health. And with our developing knowledge center and reminders, we’re hopefully inspiring people to be more proactive about seeing their doctors regularly.

In underdeveloped countries where vision care is not easily accessible or affordable, this technology will make vision correction possible. Having glasses that can help you see clearly is a life-changing experience, impacting productivity and overall quality of life. 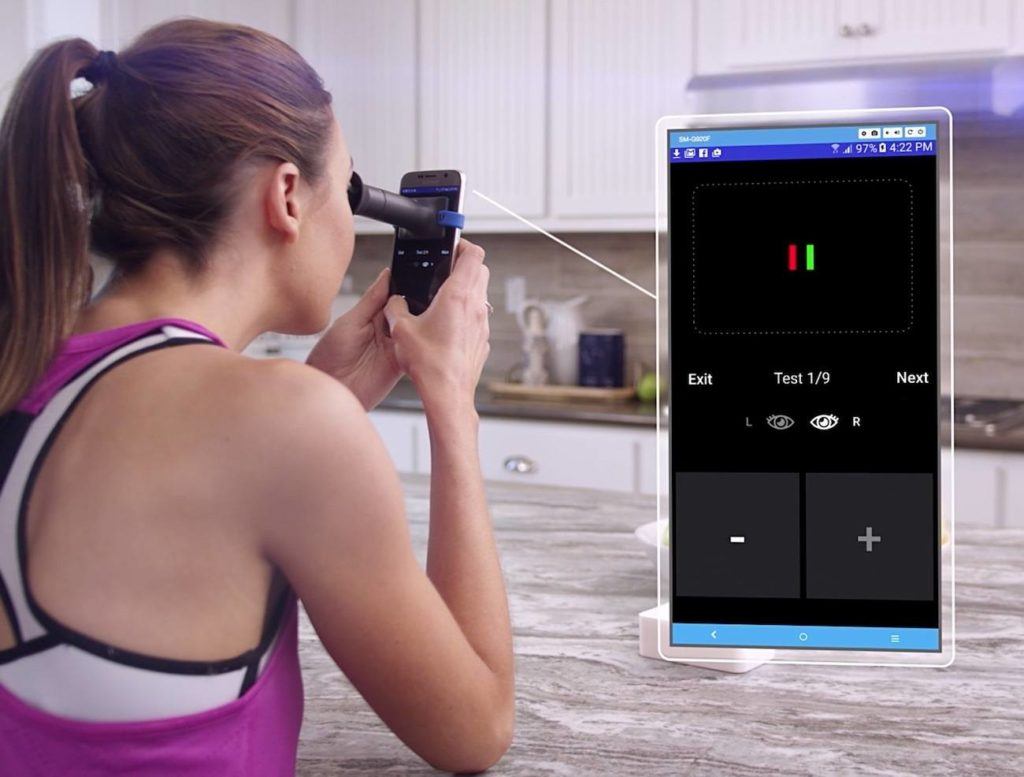 How much time did you take to prepare your crowdfunding campaign?

Phoebe: Our Kickstarter campaign took about two months to prepare. The preparation included shooting a promotional video, determining the rewards, coming up with a reasonable goal, setting up the campaign, and writing all the FAQs. We made the eyeque.com website live just one week before the Kickstarter campaign, so there was a lot of work to be done. 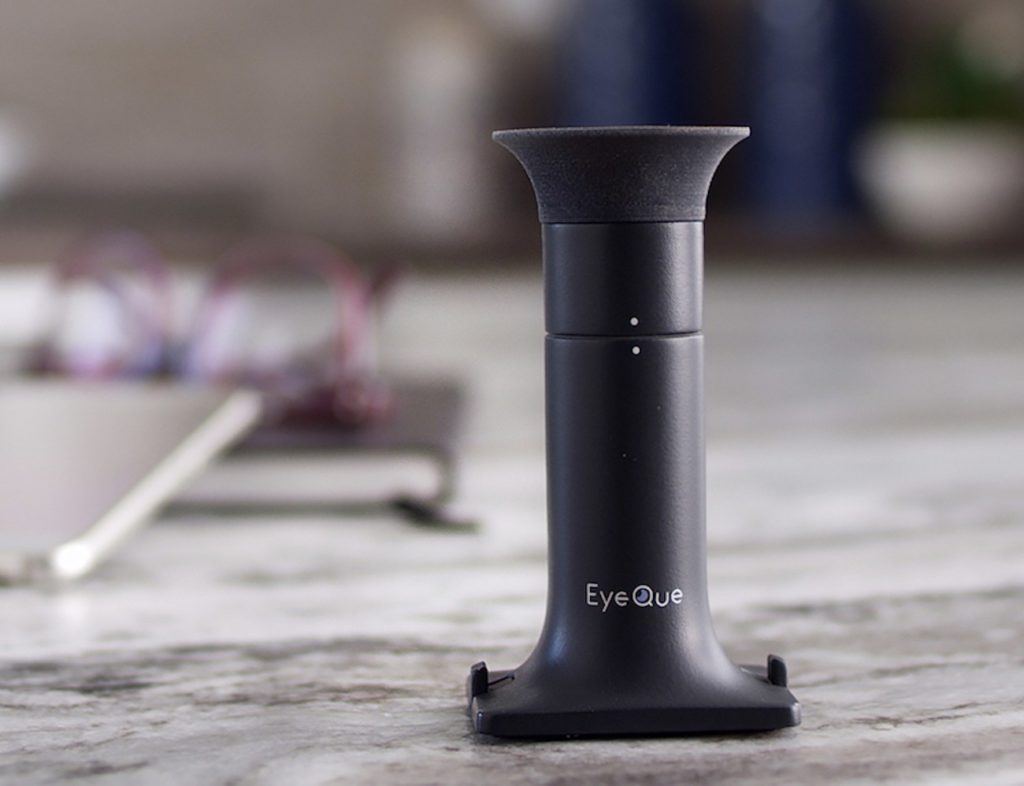 How did Gadget Flow help you in reaching your goal?

Phoebe: We were anxious to give our Kickstarter campaign push, so we reached out to Gadget Flow. The team was helpful and their packages were reasonable. We were skeptical at first and tried out one of the lower cost packages, but given the results, within two weeks we upgraded to the platinum package. GF generated lots of interest and backers for our campaign and ultimately, helped us reach our campaign goal.

What was the most challenging part of your campaign?

Phoebe: The most challenging part was marketing the campaign– getting more exposure. For the first few weeks, we didn’t see a lot of traffic, which was confusing since we knew we had a unique product. We tried Facebook ads, emails, and none of them were working very well until Gadget Flow. Backers started flowing in response to the Gadget Flow promotions, which contributed to our Kickstarter “project we love” mark, and then we were able to cross-collaborate with other successful campaigns due to the large numbers of backers we had. It truly was the tipping point.

What advice would you give to the people who are about to launch their crowdfunding campaign?

Phoebe: Start your marketing campaign early. Set it up BEFORE your campaign starts, so it blows up on the first day.

What are you planning next?

Phoebe: Yes! We are planning another campaign for Q4 2017.

Where can we order your product right now?

Phoebe: We beat the odds and delivered our product earlier than expected. As a matter of fact, our product is available for sale through Indiegogo.