HTC Desire Eye: For All You Selfie Lovers Out There, This is the Phone For You 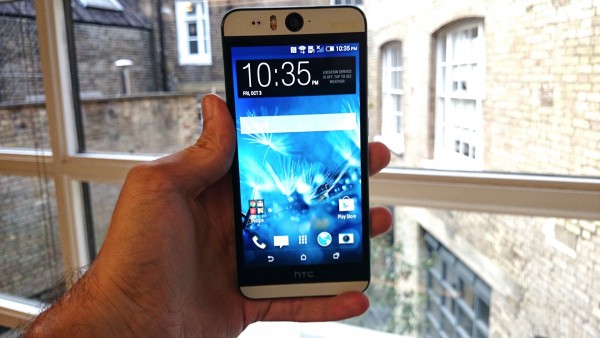 The HTC One (M8) was my pick for smartphone of the year back when it was released in March and that certainly hasn’t changed, even among all the recent releases. HTC has been quietly making some mid range devices under the name “Desire” but the M8 was the unchallenged king of HTC devices. Thankfully, although a bit confusingly (I’ll explain later), HTC has not been sitting on their hands this whole time and have announced the HTC Desire Eye and I might just have a new favorite smartphone. 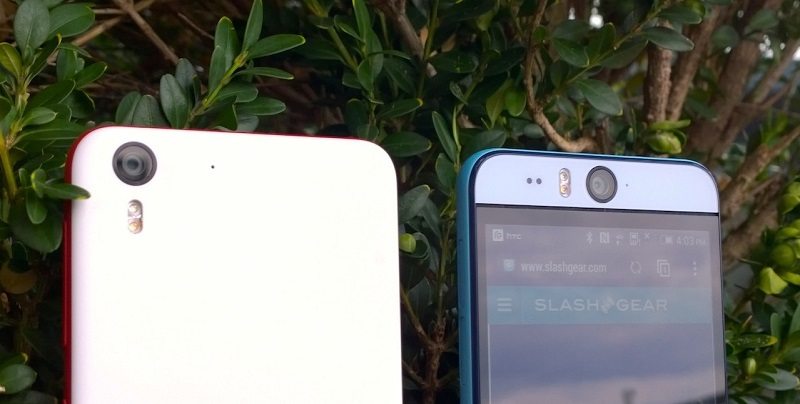 If you liked the M8, you must know that the Desire Eye is nothing like it. It’s completely forgone any metal in favor of soft touch plastic, albeit some colorful two tone plastic. There are two options currently, a white and red combination as well as a white, dark blue, and light blue combination, and they are colorful without being silly; a good balance of fun and taste. And with my experience of the unfortunate ease that metal retains scratches, perhaps a soft touch plastic is the way to go.

After the colors, the next two visual differences are slightly less noticeable, if only in a relative sense. The huge camera lens that faces you looks rather like an eye (convenient name) and is disconcerting at first but once the use becomes apparent, there is no doubt many people will happily adjust to this visual quirk. The other difference is the lack of the dual front facing Boomsound speakers. But wait, they are not gone, they are just cleverly hidden. No word yet on whether or not this affects the audio performance but I’m hoping that there is no discernible lack of audio quality. That way, you get the fancy plastic and big camera as well as the awesome speakers. It’s a win-win! 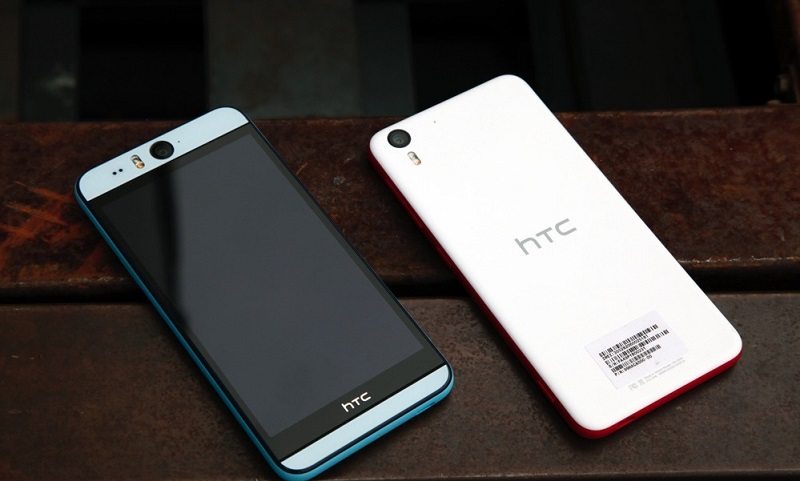 I mentioned some confusion when it comes to the “Desire” label. You see, the original Desire devices are mid range smartphones. Not bad but certainly not in the class of the flagship M8. But this Desire, the Desire Eye, is not a mid range device. In fact, it possesses almost the exact same specifications as the M8. The Desire Eye has better cameras, 13MPfor both cameras, where the M8 has only 5MP for the front and 4MP for the rear. There’s also a slight screen size difference, with the Desire Eye having a 5.2 inch screen and the M8 having a 5 inch screen.

In the end, you get a top end smartphone with a colorful look and a fantastic selfie camera that has no rival. For me, that’s enough. I might go out and get one as soon as I can!