iOS 8 WWDC Announcement Review: What’s New, What’s Not, and Why You Should Care 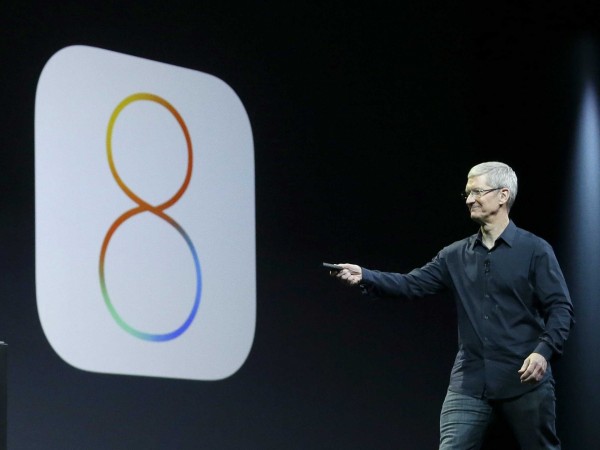 Apple announced their newest operating system, iOS 8, earlier this week with welcome changes and additions while also retaining the basic look and functionality of iOS 7. While I am an Android guy, I do appreciate the simplicity and streamlined nature of iOS so if you’re an Apple person, you’ll be quite familiar with most of iOS 8. However, there are new additions that should be welcomed by all iOS users because of the enhanced user experience that results from these inclusions. 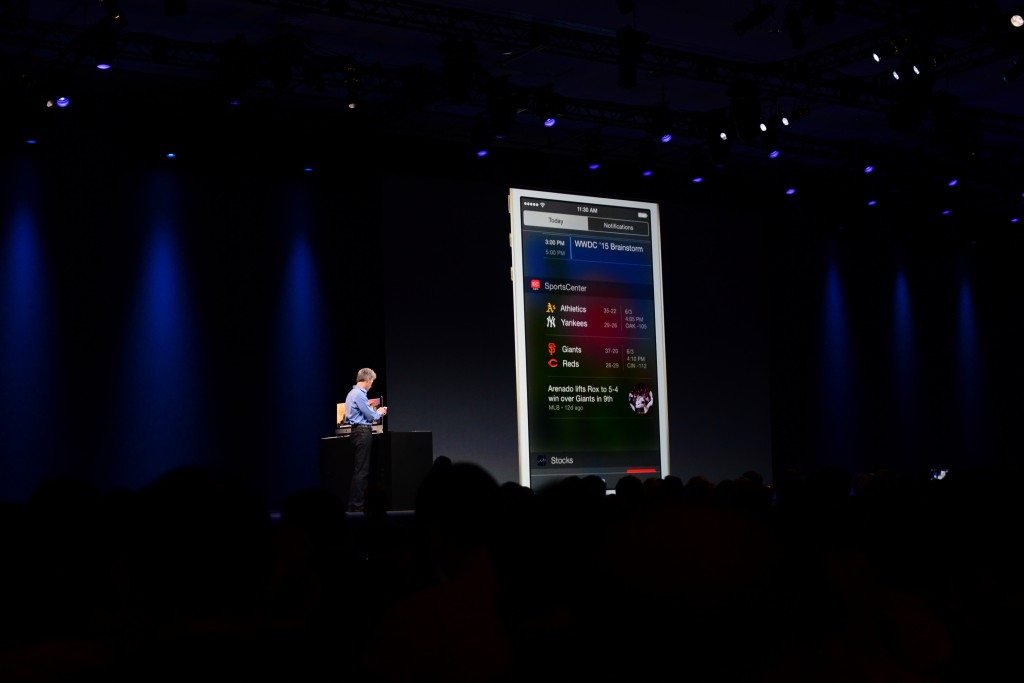 If you’re an Android user, some of these features won’t seem new to you because you’ve been using a variation of the same exact idea for awhile now but even so, these features improve iOS dramatically and shouldn’t be overlooked. These are my favorite new features or improvements to iOS:

Another extremely useful addition are widgets. Now, widgets in iOS are nothing like the widgets in Android that can rearranged to make your homescreen truly unique. Rather, iOS widgets reside in the notification center bar so when you pull down the bar, you’ll get any kind of personalized information that you wish to see such as weather or scores for sports. A welcome addition that will make using the iPhone even more fluid and seamless.

This feature didn’t even get mentioned in the announcement and I’m a bit surprised why it wasn’t included. The idea behind this feature is simply brilliant. iOS uses your location to give you a quick link from your lock screen to either download the app or launch the app if you already have it installed. For example, if you walk into Starbucks, the lock screen will give you the option of directly launching the app if you have it installed or it will take you to its App Store page so you can download it. A nifty feature that will hopefully continue to develop because I absolutely love the idea of proximity based functions that my smartphone will do automatically.

The iOS keyboard is certainly one of the best stock keyboards on any smartphone these days but there are those who either wished for a better standard keyboard or the option to download a different keyboard. Well, finally Apple has solved both of those problems. The keyboard will now use predictive word suggestions so you can easily type repeated phrases and Apple has opened the door for third party developers to make replacement keyboards for iOS. For example, Swype will be available on iOS 8. 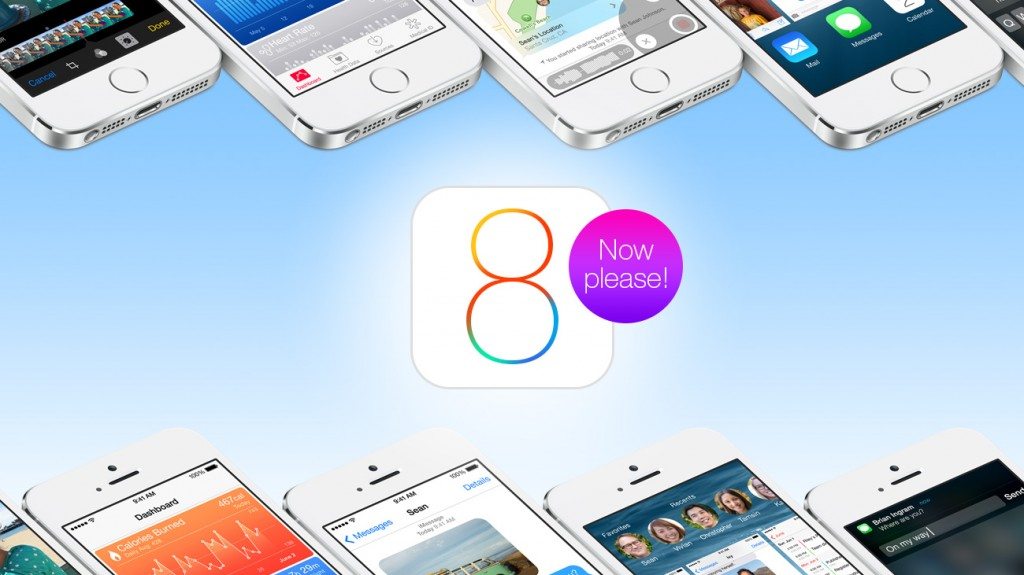 The not new features are not nearly as exciting as the new features but I like to reiterate the benefits of an operating system after an update so that users don’t forget all of the benefits of what they’ve already been using and how those benefits have carried over through the update. With iOS, those benefits are in regards to the streamlined nature and the relative simplicity of the user interface. Everything is still optimized to work really fast and keeping the widgets confined to the notification center keeps the homescreens looking familiar and simple.

Also still included and even improved is the continuity between Apple products. With iOS 8, going from iOS to an OS to perform functions has never been so robust. While Apple products have always had sync capabilities, the new continuity will allow for performing actions on the iPhone or iPad and then being able to take those exact actions and do them on any of the Macs or Macbooks which allows for seamless interfacing and increased productivity. For example, you could start an email on your iPhone and then realize there were a million more things you wanted to mention but don’t want to type with your thumbs anymore. You can access that exact email on your Macbook without having to sync or anything, it’ll just be directly available and you can finish and send the email from your Macbook. A very nifty evolution that will hopefully spur more innovation in this area. 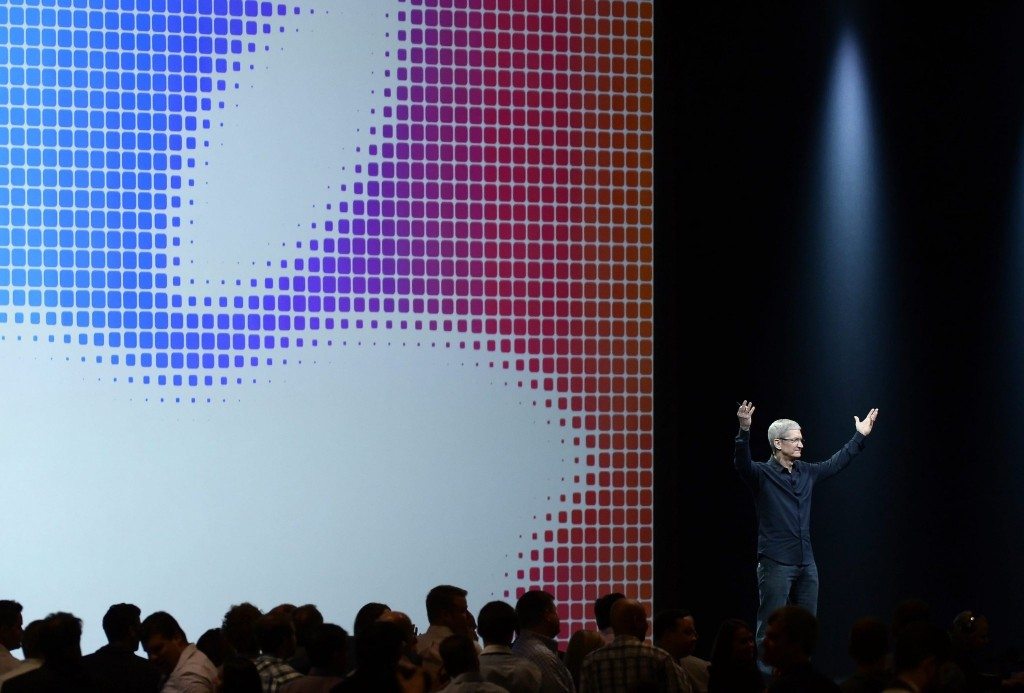 Why You Should Care

The reason such an update is so important to iOS is not because it is a massive overhaul with vast areas of innovation. The iOS 8 update is so important because it is the further evolution of the most popular operating system in the world and something like that doesn’t happen by accident. The evolution is seeking to make iOS more productive and more user friendly while also continuing to streamline what already works really well. It is the next logical step for iOS and bodes well for future updates.