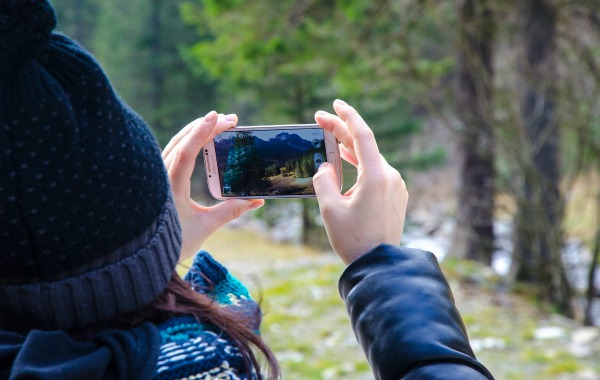 In an effort to stay competitive in a demanding marketplace, smartphone manufacturers constantly try to come up with features that have the “wow factor.” In other words, they engineer innovative phones people can’t wait to own, so they’ll be the envy of all their friends.

Samsung certainly seems familiar with how to create a buzz in the market. Recently, news broke that they’re rumored to release two smartphones with fully bendable screens.

Smartphones have gotten progressively more streamlined through the years, but one of these new phones may be able to fold in half like a makeup compact, while the other might expand to a tablet-like shape. Let’s take a look at some more features these sleek phones might have.

Analysts believe that if the brand’s bendable smartphones become a reality, they’ll use screens that rely on organic light-emitting diodes (OLED). Samsung already used that type of panel on its Edge smartphone, which is distinctive in its own right because it’s multisided. Reportedly, a big challenge for the brand was identifying a panel material that was both flexible and durable, and that goal was met by using OLED.

The phones that currently rely on OLED technology have extremely thin screens. The bendable smartphones will probably feature the same characteristic. This possibility is especially likely in a practical sense, because it’d be difficult to easily bend a thick screen and fold it into a smaller shape.

You Can Expect Rich, Bright Colors

When phones are built with OLED panels, they’re usually capable of producing a bright, rich assortment of colors. Because people from certain generations prefer to use their phones to watch television and may also depend on them to have video chats with friends, the phones could easily become even stronger sellers than expected if they generate a better collection of colors than competing phones.

Reports say Samsung is trying to launch its bendable smartphones as soon as possible. That’s probably in large part because Apple is supposedly planning similar technology and Samsung wants to be the first brand to hit the market. Although Apple isn’t expected to have fully bendable displays on its new phone, experts say the displays will likely be curved.

Furthermore, reports suggest although recent updates to Apple’s iPhone have mostly been internal, the iPhone 8 released next year will have a distinctive new look. That’s all the more reason for Samsung to release its smartphones as soon as possible.

However, that doesn’t mean Samsung will release the phones within its current Galaxy S line in a rush to get them on the market. Rather, the brand is said to be using the devices as experiments to gauge the amount of interest in these phones. They’ll brand them differently: Expect the phones to have names you don’t already know.

Recently, Samsung filed for several patents. Filing for patents doesn’t guarantee Samsung will release phones that have the features described in the patents, but it demonstrates the brand is at least weighing possibilities.

One patent was for a smartphone that folds into three sections like a wallet and can run multiple operating systems. The patent language suggests users could switch between operating systems depending on the apps they were using at given times. The patent also discusses using the technology for many types of devices and not limiting it to smartphones.

Although Samsung hasn’t made an official statement on the matter, analysts say the bendable smartphones may be introduced in the first quarter of 2017. Until then, all we can do is speculate and anxiously await technology that could change the way we use smartphones, and almost certainly make them easier to carry.