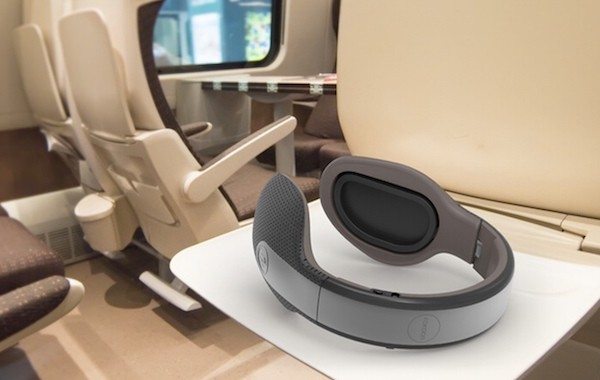 When a long day is followed by a relaxing evening, sleep can arrive the instant your head meets the pillow. But more often than not, modern life does not work like that, and soon, exhaustion takes over. This scenario affects millions of people. A new headset on Kickstarter, called Kokoon, wants to end it. It uses soothing sounds, which are adjusted according to your brain activity, to help you drift off.

It is well known that carefully chosen audio can coax the brain into different modes. Theoretically, you could use this phenomenon to your advantage using a standard pair of headphones. The practical problems with this are two-fold: a sound and volume that are initially calming can soon become disruptive as you fall asleep, and standard headphones are really uncomfortable to rest your head on. To tackle these issues, Kokoon uses a raft of technologies. 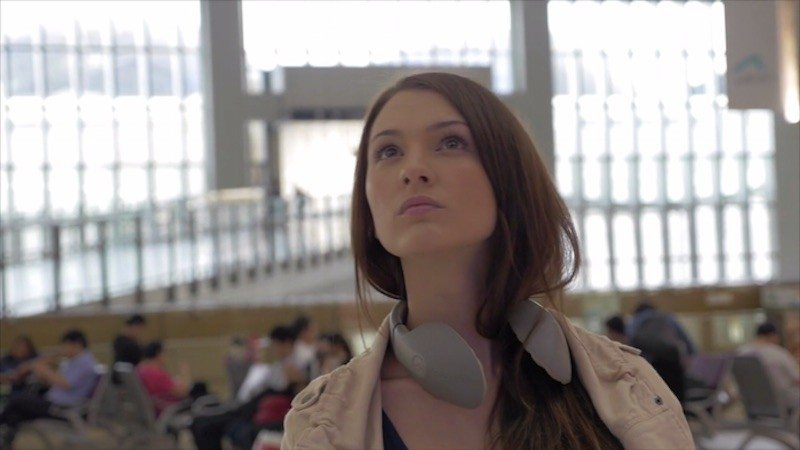 Underneath the futuristic exterior, Kokoon has a built-in low-noise EEG (electroencephalography) sensor. This measures your brain activity with sufficient sensitivity to know whether you are relaxed but awake, or sleeping. The information is fed back to the Kokoon smartphone app via Bluetooth, which adjusts the sound output accordingly. The sound is delivered to your ears using high quality Onkyo speakers.

Physically, each earcup is a unique, flexible structure that can give under the weight of your head. It is modeled on the cushioning found in sports shoes, and designed to protect your ear — the team behind Kokoon has apparently racked up 10,000 hours of testing. To avoid clammy overheating, space has been made in this structure for a cooling aeration system, too. 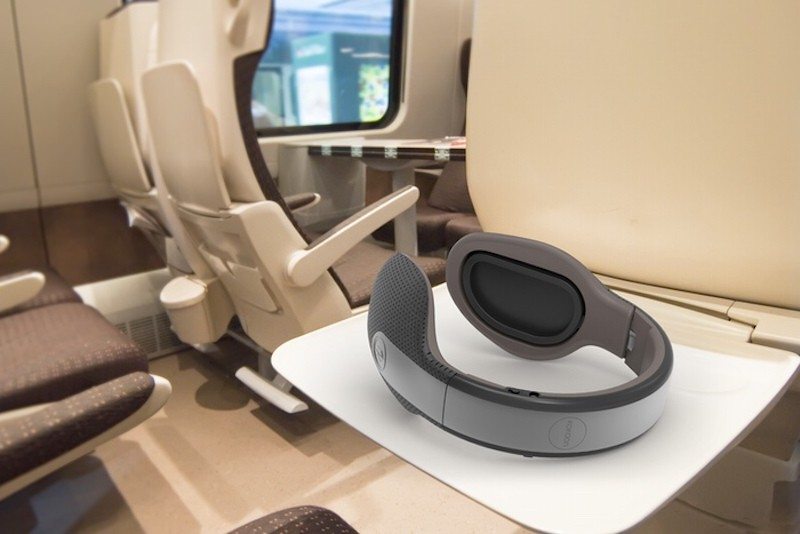 Sleep is just one of the envisioned uses for Kokoon, though. The app records EEG and sleep-pattern data, meaning developers will be able to produce apps that can tune the brain for any activity — concentration, meditation, etc.

Backers of the project can currently pledge $189 to pre-order the Kokoon hardware — the intended retail price will be $319 — with delivery scheduled for next February.