Tesla will soon launch the AI robot of your dreams

Tesla and its leader, Elon Musk, are always innovating. The latest surprise announcement is that of an AI robot prototype now under development. It has a humanoid design and will use software similar to the kind used in Tesla vehicles. Will it be the robot of your dreams? Read on and check it out! 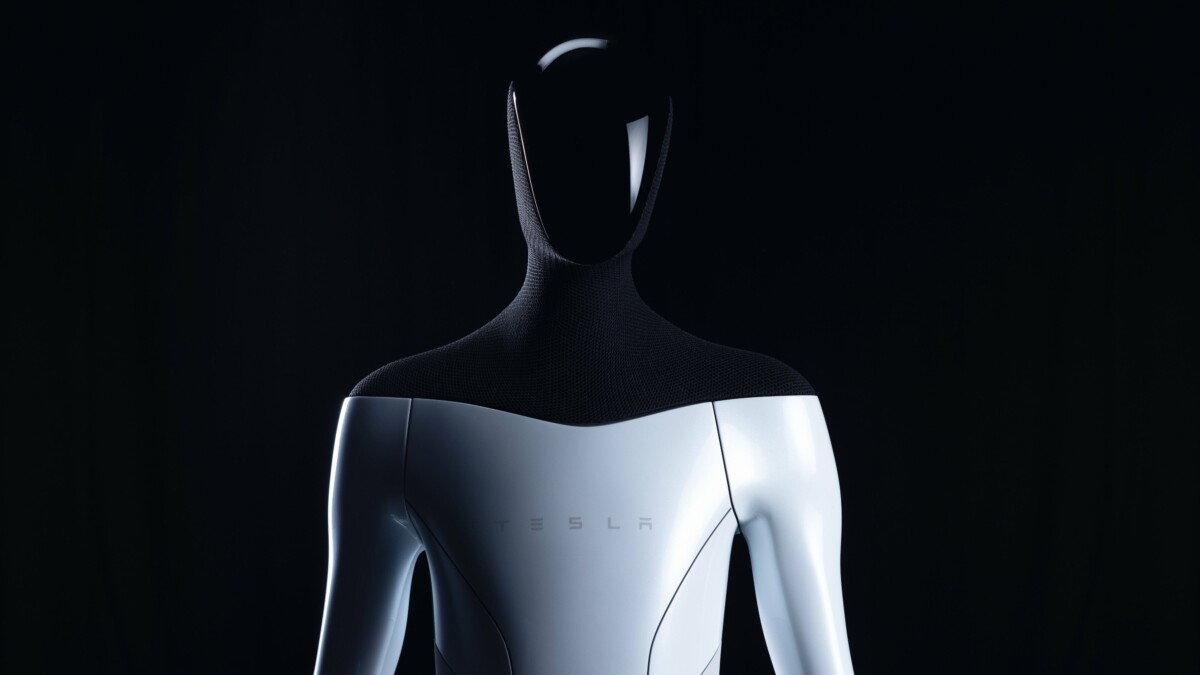 Elon Musk recently announced during a Tesla presentation that he has a stunning new project in mind: a humanoid AI robot assistant. This might come as a surprise given Musk’s former concerns about artificial intelligence, but controversial moves in the tech world are always within his norm.

While not all of Elon’s projects pan out, his wild successes like Tesla and SpaceX lend much to possibility with him involved. It isn’t unfathomable that he can actually pull it off. In fact, some of us will love to see it, if not at least out of curiosity. So what is this Tesla-made robot about? Let’s take a look at this conceptual bot and see for ourselves.

During the announcement, a dancer in a spandex costume (inspired by the concept) appeared on stage. While the intent was for this to be entertaining, some viewers believed it to be the actual prototype (it isn’t). Despite the real prototype still under development, the concept design is clear if you look at the available image slides.

The slides depict a similar-looking black and white android with a familiar humanoid shape. Tesla Bot will stand at 5 feet and 8 inches in height and weigh 125 pounds. It’ll have human-level hands that will aid it in performing dangerous, repetitive, and boring tasks.

For example, Musk suggested a scenario where someone says to the robot, “Please go to a store and get me the following groceries.” It seems like a far cry away from what’s possible right now, but, hey, you never know! If it ever comes to fruition, there’s a wide spectrum of applications that Tesla Bot might improve for homes and industries.

It will use software similar to the company’s automobiles

Not unlike Tesla’s line of vehicles, its robot will likely use some operating system similar to (if not the same as) its cars. “Our cars are semi-sentient robots on wheels,” Musk stated during the presentation. “It kind of makes sense to put that on to a human form.”

Tesla’s autopilot software is practically synonymous with its vehicles, and, while it’s praised by many, it’s often subject to controversy. At times, there are concerns over safety issues or whether or not it lives up to some of the promises Musk made regarding capabilities and deadlines.

Regardless, there’s no denying that what these cars can do still far surpasses the competition. Likewise, it’s a testament to Tesla’s ability to create game-changing technology that people can rely on.

I guess, if you can trust your Tesla to safely drive you to the store, there’s an argument to be made that it can also safely pick up your groceries.

Will the Tesla Bot be the AI robot of your dreams?

Those watching Boston Dynamics and its line of incredible robots know that robotics have progressed over the past decade. The advances in design only inspire implications to where this technology might someday take us, and—who knows—it could be much sooner than we think.

Tesla is an impressive company with experience creating cutting-edge tech. Elon Musk, love or hate the man, is notorious for contributing to his development teams with clever, odds-defying, out-of-the-box ideas (think SpaceX, for example). There’s no argument that of all people to surprise the world with a mind-blowing robot, it could very well be him.

That said, what would you do with a robot capable of human-like functionality? Would it fetch your groceries? Help you clean out your garage? Perhaps you’re a foreman at an industrial plant. Could a robot able to enter dangerous areas ensure your human workers safely return to their loved ones? There are plenty of positives that robots bring to the table. With any luck, companies like Tesla just might deliver.

What do you think? Are you excited at the idea of Tesla Bot or do you think the company should stick to making cars? Let us know in the comments below!