The Monolith Electric Longboard Is Powered by Motors Inside its Wheels 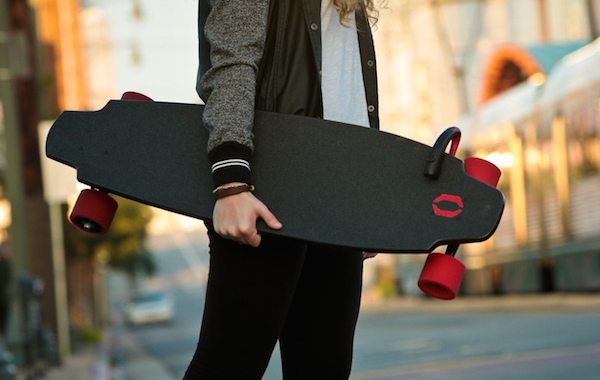 It wasn’t long after skateboarding took off as a hobby that the first lunatic tried to power their deck with a chainsaw motor. The basic idea was a good one — skateboarding is hard work, particularly if you live in a hilly suburb — but the engineering was hopeless. It made gliding impossible, and it woefully disturbed the board’s feel and balance. Freshly launched on Kickstarter, the Monolith electric skateboard looks to have conquered such issues by squeezing a motor into each rear wheel, and a replaceable battery pack into the deck.

In recent times, even the more accomplished attempts to create a self-propelling board have relied on ungainly external motors and belt drives. Inboard, the team behind the Monolith, wanted to create something better. What they came up with was the Manta Drive — a completely self-contained floating motor, with no gearing or belts, which is small enough to fit inside the Monolith’s Rev wheels. 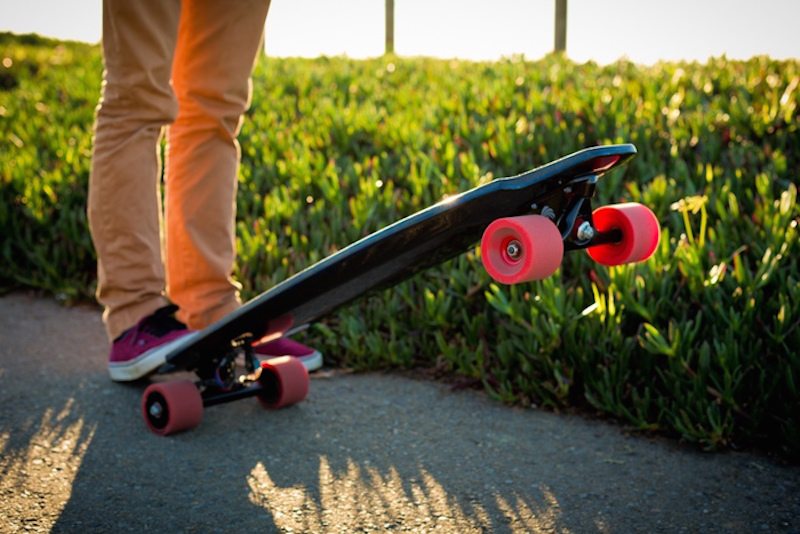 Quite apart from the aesthetic advantages of such an assembly, this motor is only attached to the wheel it propels by a free-spinning bearing, so the board can glide naturally when electric assistance isn’t being applied. The top (powered) speed of the Monolith is 24 mph, and the throttle is a handheld controller that has been designed to hang on to the rider’s open hand. Due to a carefully constructed deck, the whole thing weighs just twelve pounds. 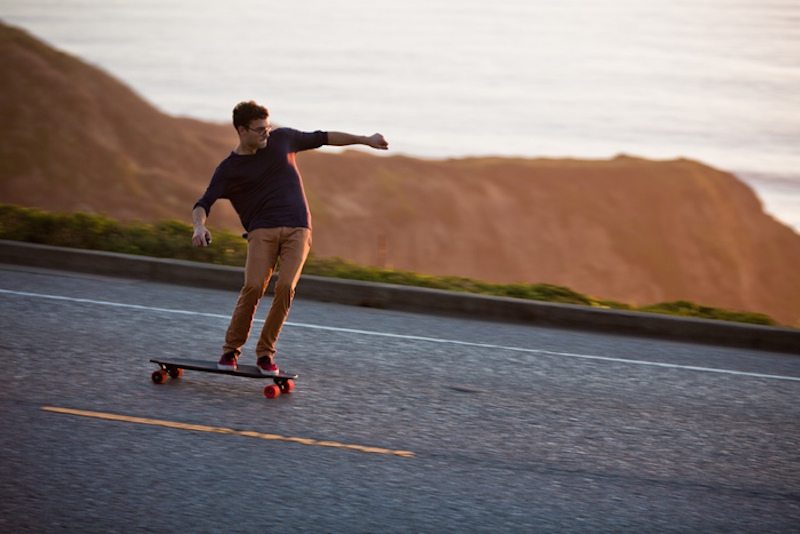 Underneath the top surface of the deck is a battery pack which provides a range of ten miles. If you have a USB cable at hand, you can use the board to resuscitate a phone in dire need of juice, and the Monolith’s battery can easily be swapped out for a charged pack. That said, a full charge only takes 90 minutes, and those impressive wheels can recover energy from regenerative braking. 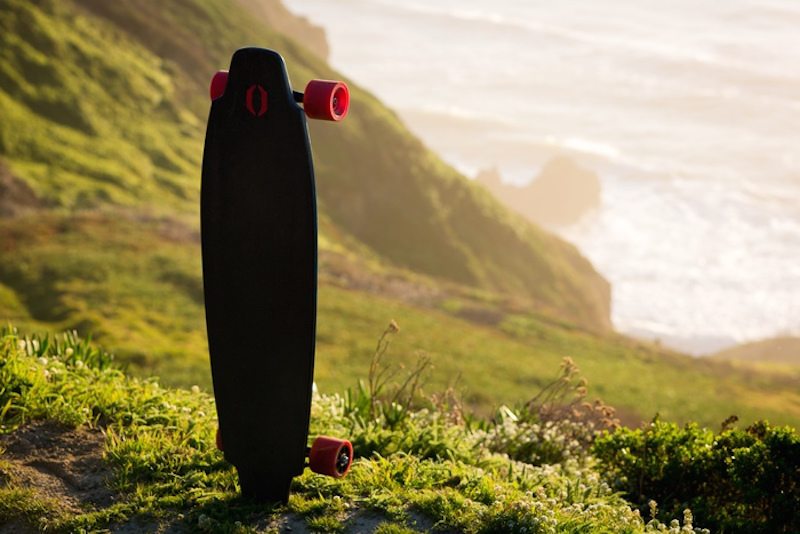 The other impressive feature of the board is its connectivity-based intelligence. Bluetooth allows it to communicate with your phone, and there is an accompanying app to download. This offers metrics on your rides, the option to connect with other riders, and control over how the Monolith behaves. For instance, beginners can choose to restrict the top speed of the board for a safer learning curve. 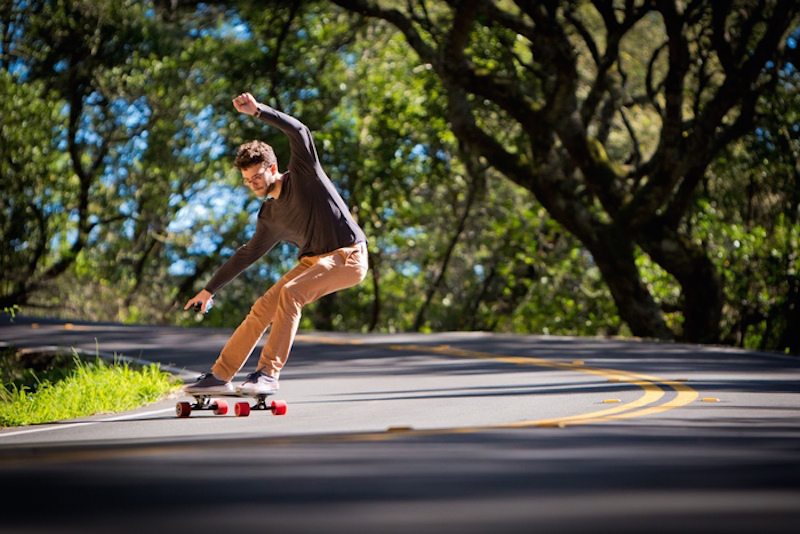 The project has already blitzed past its Kickstarter fundraising target, and if the money keeps pouring in, the stretch goal of a 45-minute rapid charger might be within reach. With all of the early bird pledge tiers already sold out, the Monolith is still available for pre-order at $1,999. It seems like a steep price point, even for a committed skater — but then, this is a board that will make every peak feel less steep.

To find out more, check out the Monolith’s Kickstarter page.