Step into the unforgettable world of Corvus Studio's 13:Origin. This escape game has a compelling storyline that keeps you playing. 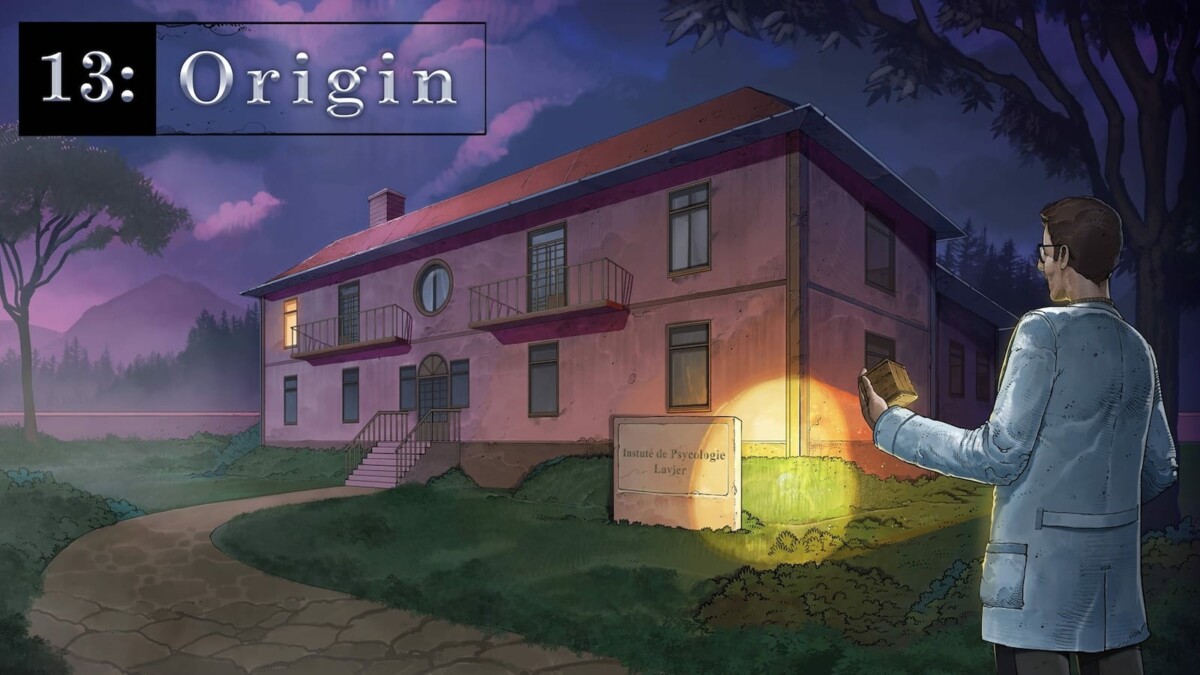 Get the thrill of an escape room right in your own house with the Corvus Studio 13:Origin escape room video game. This puzzle picks up where video games like The Room fall short; it has a compelling storyline that keeps you playing until you uncover the ancient secret.

Love puzzle-based games? Then you’ll want to have a look at the Corvus Studio 13:Origin. It boasts a tangle of clues you must decipher to solve a mystery. Part escape room, part Da Vinci Code, it lets you dive into ancient history and understand just how endless the thread you hold really is. Let’s check it out.

Get hooked by a riveting storyline

Unlike most games in the genre, this escape room video game’s creators developed a good storyline. Because, in the end, that’s what makes the most popular video games so great. They’re wonderful stories that you can participate in, and that’s exactly what you get with Corvus Studio 13:Origin.

The story starts with you, the head of a psychiatric institution. You wake up locked in your room and realize it’s your most intelligent (and dangerous) patient who has put you there. You must find your way out while taking the journal you found and uncovering the clues to a mystery. Will you find the answer? Well, that remains to be seen.

The company’s website has an in-game teaser of what players can expect from the game, and it’s quite impressive. At the beginning of the video, you find yourself in a room that looks like a university professor’s office; the walls are paneled in wood, there are bookcases, and a large desk sits at the back of the room.

As you walk around, you uncover artifacts you must examine—and possibly save. Players will enjoy the detailed graphics and rich scenes. Overall, you can expect a game that’s so immersive and beautiful that you’ll want to return to it again and again.

This story-based escape game relies on riddles, so you’ll encounter quite a number of them as you play. The creators say that some clues to the riddles are hidden in words, while others you’ll find in stories. But nothing is really as it seems. In fact, you can expect this game to challenge your knowledge as well as your instincts.

Learn more about the story

The player’s backstory is quite compelling, but, in 13:Origin, that’s not the only story you’ll have to follow. The riddles you solve and the clues you find take you on a journey through ancient history and the story of the first man.

Remember that journal we mentioned in the beginning? It serves as your guide throughout the game. It tells you which artifacts to examine, and it’s where the game’s secrets will be revealed to you. You’ll go there for answers.

Go for a minimalist interface

While the storyline and puzzles are complex, the creators say that they tried to keep the interface and gameplay as minimal as possible. This is great for players because you don’t have to figure out a difficult interface while solving complicated riddles. You can simply play and have fun with the game.

Play this room escape video game on your PC

This story-based escape room game works on PCs with Windows, and you need only a keyboard and a mouse to play it. Also, Hotkeys like the control button for crouch and the arrow buttons for movement make this game easy to play. So you don’t need any special gaming gear: just you and a decent computer.

That means pretty much anyone can enjoy this game, from the experienced gamer to the person who just loves a good puzzle. The storyline, graphics, and mechanics will pull you in no matter what kind of gamer you are.

Preorder 13:Origin if you like video games that are more than just puzzles

The room escape genre can sometimes seem like they’re just puzzles played in a highly decorated library. But the Corvus Studio 13:Origin story-based escape room video game is different. It boasts an intriguing storyline and an ancient mystery. Those, combined with the impressive graphics and streamlined interface, make this a great game that anyone can enjoy. If you’re looking for a new, interesting game, check this one out.