We're all excited about the release of the iPhone 13. While there's only so much information available from Apple, lots of rumors paint a clearer picture of what we might see this September. What are the most anticipated features? Let's dive in and find out! 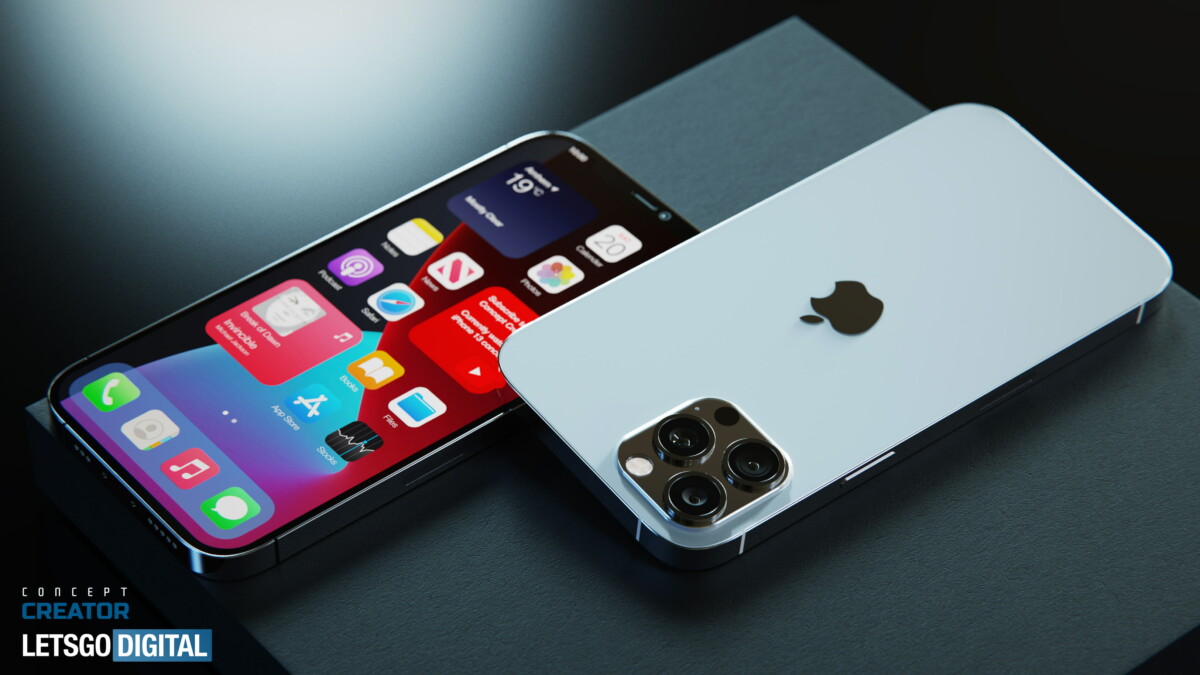 When Apple released the iPhone 12 last year, the buzz surrounding the iPhone 13 was already running strong. Now, we’re likely less than a month away from the launch of the iPhone 13 lineup. Although the rumors have been flying high for over a year, things are finally shaping up, and the expectations are looking increasingly more reasonable.

So what is the latest surrounding Apple’s flagship model phones? Let’s explore the Apple iPhone 13 rumors and take a look at the best features we think these incoming devices may have.

While the new lineup shares the same screen sizes as its predecessors, it’s rumored that they may be slightly thicker (roughly 0.26 mm). This is thought to be because of a larger battery than the 12 models currently have.

Another possibility worth mentioning is that the camera layout may be larger as well, with lenses that support sensor-shift stabilization.

The notch at the top of the iPhone’s display has been present for quite some time. However, most people would agree that it can be somewhat disruptive at times. This is because the notch juts out into things that require a full-screen like gaming and videos. It’s easy enough to get used to, but it still feels like it’s often in the way.

Well, according to rumors, we may see a smaller notch this time around. It’s believed this will be due to a redesigned front-facing camera along with the corresponding chips. If this is true, it also looks as though the reduction in size could be seen more in width than height. This will be a nice change!

The iPhone 12 may not have delivered 120 Hz refresh rates, but this time it looks likely. Apple is currently expected to bring 120 Hz ProMotion Display technology to the iPhone 13 lineup, likely as part of the Pro models’ feature sets.

This could include OLED screens along with low-power LTPO backplane technology. Apple may introduce always-on display capabilities to the iPhone, too. You can already see where the brand uses this on the latest Apple Watches. An always-on display would allow phones to show limited, but relevant, information (like the clock or select notifications) on screens without illuminating the entire display.

Not portless and won’t include USB-C

For years, it’s been speculated that Apple will release a portless iPhone. It would be a model free of buttons and external ports, which would make it cleaner and even more water resistant. Regardless of whether you’re a fan of this idea or not, it doesn’t appear it will happen this time around.

While last year’s addition of MagSafe charging technology is likely a step toward a portless device, it isn’t quite there yet. It also doesn’t seem like Apple will replace the Lightning port with USB-C either—something thought possible given the iPad’s adoption of USB-C.

Will the iPhone ever support USB-C, or will it go portless before that ever happens? I guess we’ll have to wait until next year for an answer.

It looks like Apple is updating the processor in the latest iPhones with a 5nm+ A15 chip. This is a step up from last year’s A14 chip and will provide increased speed and efficiency in overall performance. It’s especially beneficial when using apps that are more intensive and require a bit more power to run them.

It’s said that the 5G capabilities will receive an update with Qualcomm Snapdragon X60 technology. Combined with support for Wi-Fi 6E, the iPhone 13 will see a bump up in cellular and wireless connectivity.

Among the Apple iPhone 13 rumors are reports that Apple could be working on an in-screen biometric fingerprint reader. Could this mean the addition of Touch ID in the new iPhone 13? There are conflicting ideas about what kind of fingerprint-reading tech could be used for this as well.

It’s possible that Apple could use optical or ultrasonic technology to accomplish this—maybe even an optical capacitive hybrid. If included, a Touch ID fingerprint sensor would be a helpful alternative to Face ID while wearing masks. Hey, one can hope!

One of the most significant and anticipated feature upgrades for iPhones in recent years has been their cameras. This year its thought that Apple will continue its trend of upgrading the onboard camera tech. The iPhone 13 may include sensor-shift stabilization throughout the entire lineup, with better stabilization and low-light performance.

Pro models will feature wide and ultra-wide lenses with f/1.8 aperture (instead of the previous f/2.4) and autofocus. As mentioned previously, there may also be some sizing adjustments made to the rear camera array on the back of the iPhones. Other rumored possibilities include an astrophotography camera capable of capturing better pictures of the moon, stars, and sky.

As for video improvements, it’s expected that we will see an even higher-quality ProRes format with HD and 4K resolutions. More filters could be added, plus LiDAR scanning enhancements. One feature sure to be useful will be what Apple calls Cinematic Video, which is a mode that blurs the background similarly to Portrait mode.

Lastly, there are a few other rumored features worth mentioning. While reverse charging didn’t make the cut for 2020, there’s still hope that it could make an appearance on the iPhone 13. This would allow you to charge other devices or accessories (like AirPods, for example) from your phone’s battery if needed.

Speaking of batteries, we could also be seeing larger capacity batteries than the iPhone 12 lineup had, plus fast-charging support for 25W power adapters.

As for storage, some less reliable rumors have suggested that up to 1 TB could be available, although we probably shouldn’t hold our breath for that one.

Now that we’ve explored Apple iPhone 13 rumors, when is it all going down? Apple hasn’t confirmed any dates just yet, but it’s likely to be sometime in mid to late September, as is the usual tradition. In past years we’ve seen dates like September 7th, 14th, and 21st. So it’s fair to say that somewhere between the 13th and the 17th is possible.

Are you excited? Let us know what your favorite rumors are and which of the iPhone 13 features you most anticipate. We’d love to hear from you in the comments below.