All signs are pointing to an Apple event in September with an iPhone 13 unveil. With six months since the iPhone 12 went on sale, we couldn't be more ready for the 13th version. In today's article, we're sharing the latest rumors and specifications anticipations with this upcoming smartphone. Continue reading to discover more. 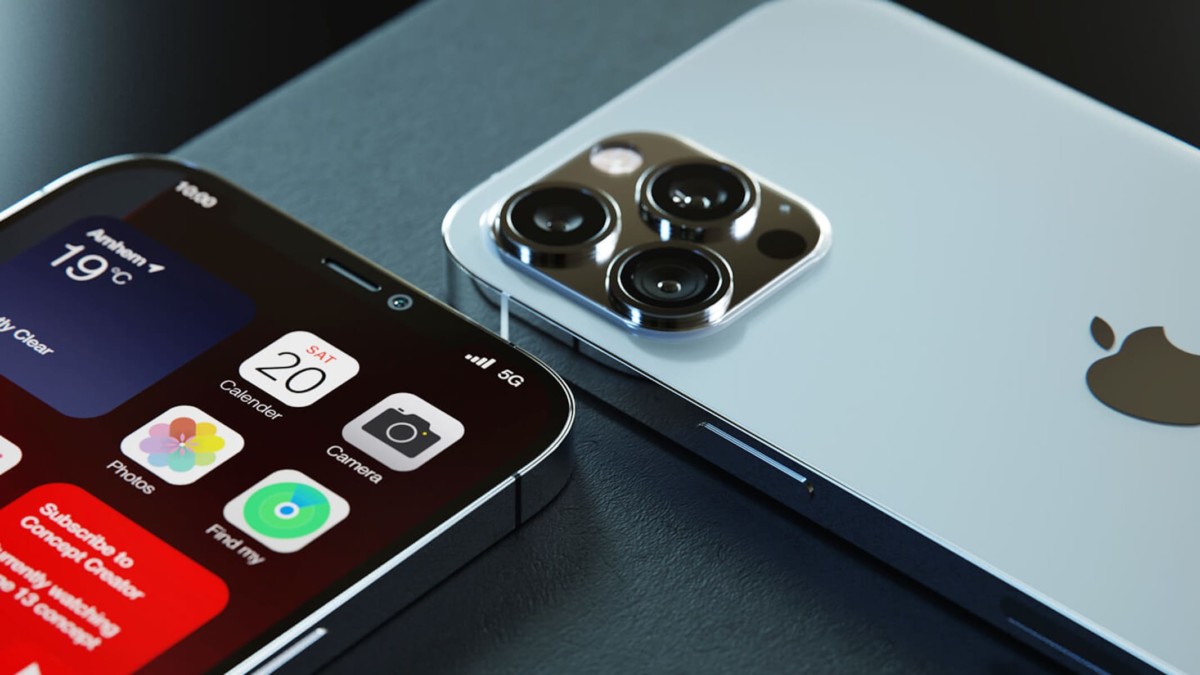 Apple’s most recent event—the Spring Loaded event—showcased some must-have gadgets, including an updated purple iPhone 12, upgraded Mac with M1 chip, and new iPad Pro with Liquid Retina Display XDR. But we’re still craving the new iPhone 13, which Apple has yet to announce a list of specifications and release date for. However, that unofficial release only sparks more conspiracies and iPhone 13 rumors from the public, and we couldn’t help but share these highly anticipated features with you in today’s article.

Cheaper than the iPhone 12 lineup

The iPhone 12 lineup featured four phones with individual prices for each, which was a $100 increase from the iPhone 11 lineup. This price increase was mainly due to 5G integration. But as the iPhone 13 won’t offer a similar technical upgrade, it’s predicted that the iPhone 13 won’t be as expensive. Not only could this price decrease be due to fewer advancements in the smartphone but also by matching competitor prices, such as the Samsung Galaxy S21 Series, which is available from $799.99.

iPhone 13 rumors are pointing in all directions that Apple’s newest smartphone will have a similar design and size to the iPhone 12 lineup. This includes still sporting a large size but with flatter-than-ever sides, making the phone easier to hold and navigate while remaining pocket-friendly. There’s no rumor that Apple will make a dramatic change to the phone’s sizing. It’s looking like the sizes will be as follows: 5.4-inch, 6.1-inch, and 6.7-inch screen, with the smallest being the iPhone 13 Mini and the largest the iPhone 13 Pro Max.

Moreover, it’s anticipated that Apple’s latest iPhone will discontinue the Lightning port because, let’s face it, more of us are now using MagSafe wireless charging accessories and are no longer in need of a port. The iPhone 13 could also boast a notchless screen. Introduced to the Apple world in 2017, the notched display could be no more by thickening the bezels. However, larger bezels shouldn’t necessarily reduce screen space but the phone may be 0.26 mm larger than the iPhone 12.

The large majority of us use our smartphones to take pictures as opposed to using a digital camera. So it’s no surprise that the iPhone 13 is rumored to have the most impressive camera Apple has produced. One particularly noticeable change is the cameras’ positioning. Positioned on the back of the iPhone diagonally rather than vertically, you might be able to capture more with this new camera position.

There’s also anticipation for improved camera specifications with an ultra-wide-angle camera, jumping from the current f/2.4 to f/1.8 for the Pro iPhone models. This wider lens invites more light into the camera, resulting in sharp images in dark conditions. In particular, this is sense more light can hit the sensor, creating optimal conditions in all lighting scenarios. So you can use the iPhone 13 to capture more memories than ever.

Another of the most talked-about iPhone 13 rumors is a 120 Hz refresh rate. While the iPhone 12’s refresh rate is 60 Hz, it’s anticipated that the iPhone 13 will have double that. So you can use the smartphone for demanding tasks and minimize delays and loading times. This will also result in a smoother, faster scrolling experience. It’d be no surprise to see a 120 Hz refresh rate, especially as the Galaxy S21 smartphone features this specification.

Similar to the Apple Watch, the new Apple iPhone 13 may have the always-on display. This feature displays the time and battery charge plus incoming notifications without you having to unlock the device’s whole screen. If this feature concerns you about the battery capacity, you’ll always be able to switch it off in the settings. But it’s a useful feature for seeing notifications by just glancing at your device hand-free.

Additionally, Apple’s latest smartphone may welcome back the Touch ID button—rather than solely focusing on Face ID. This under-display sensor will add more unlocking versatility to the smartphone. The return of Touch ID with a fingerprint scanner underneath the display has been a rumor several times. Back in 2019, apparently, Apple planned to launch an iPhone with Face ID and a fingerprint scanner, and although this hasn’t been confirmed for the iPhone 13 models, it wouldn’t be too much of a shock if we saw it on the iPhone 13.

Performance and efficiency is everything with a new smartphone, and Apple’s iPhone 13 will use a 5 nm+ A15 chip, which will be manufactured by TSMC. Currently, there aren’t any specifics about this chip, but it will enhance speed and efficiency.

Moreover, in February 2020, Qualcomm launched a new Snapdragon X60 third-generation 5G modem, which will be present in all iPhones from 2021. Future iPhones will also use the X65 and X70 Qualcomm modem chips, which come with a plethora of benefits. For example, the chips offer higher power efficiency compared to the previous X55 chip that iPhone 12 models use. In addition, the chip can easily aggregate 5G data for better coverage and improved speeds while surfing the net.

It’s also believed that the iPhone 13 models will support Wi-Fi 6E, which provides low latency, fast data rates, and a higher performance than Wi-Fi 6. The increased bandwidth over the existing 2.4 and 5 GHz Wi-Fi allows you to be more productive and efficient.

A common concern that smartphone users have is their battery dying on them. Fortunately, the iPhone 13 models will feature Apple’s largest batteries to date, resulting in a longer battery life. The tech giant will also use space-saving designs, such as an integrated SIM slot, to reduce the module thickness.

iPhone 13 models will have larger batteries, which could result in longer battery life. Apple is using new space-saving designs like integrating the SIM slot with the mainboard and reducing the front optical module thickness to provide more space for the battery. Additionally, the A15 chip will introduce efficiency improvements with a 15–20 percent lower consumption to offset the battery life impact of a higher refresh rate.

There’s speculation over new and exciting colors for Apple’s latest iPhone. This includes white, black, blue, green, and (PRODUCT)RED. The rumoured colors also include bronze for the Pro models and matte black for the remaining iPhone models. You’re unlikely to see a jet black shade, which was prone to scratches for the iPhone 7.

Since smartphones are getting more durable, you can expect a waterproof rating of at least IP68. This rating lets you submerge the phone for up to six meters for 30 minutes. There’s no rumor that Apple’s newest smartphone models will offer any more water resistance than that. Although, if Apple were to increase its water resistance, the iPhone 13 would be the brand’s first model for underwater photography.

Overall, the iPhone 13 series are set to be the most popular smartphones we’ll see in 2021. We’re particularly excited about the notchless design, enhanced better life, and improved 120 Hz refresh rate. We’re still awaiting Apple’s official announcement for the upcoming phones’ specifications and pricing. But all signs are pointing towards what we’ve shared above.

What are your thoughts on these iPhone 13 rumors? Share your feedback, along with any additional information you may have, in the comments.

Amy Poole is an Editor and Writer at Gadget Flow. When she's not indulged in everything gadget-related, she enjoys spending time with her dog, Rosie, and keeping fit.
Join the Discussion
Popular Blog Posts
Smart workspace gadgets you need to add to your WFH setup Best PS5 external SSD drives out there for gamers Which drone should you buy in 2021? Must-have vacuums for home cleaning Apple Silicon Macs—should you buy the new Macs with the M1 chip?