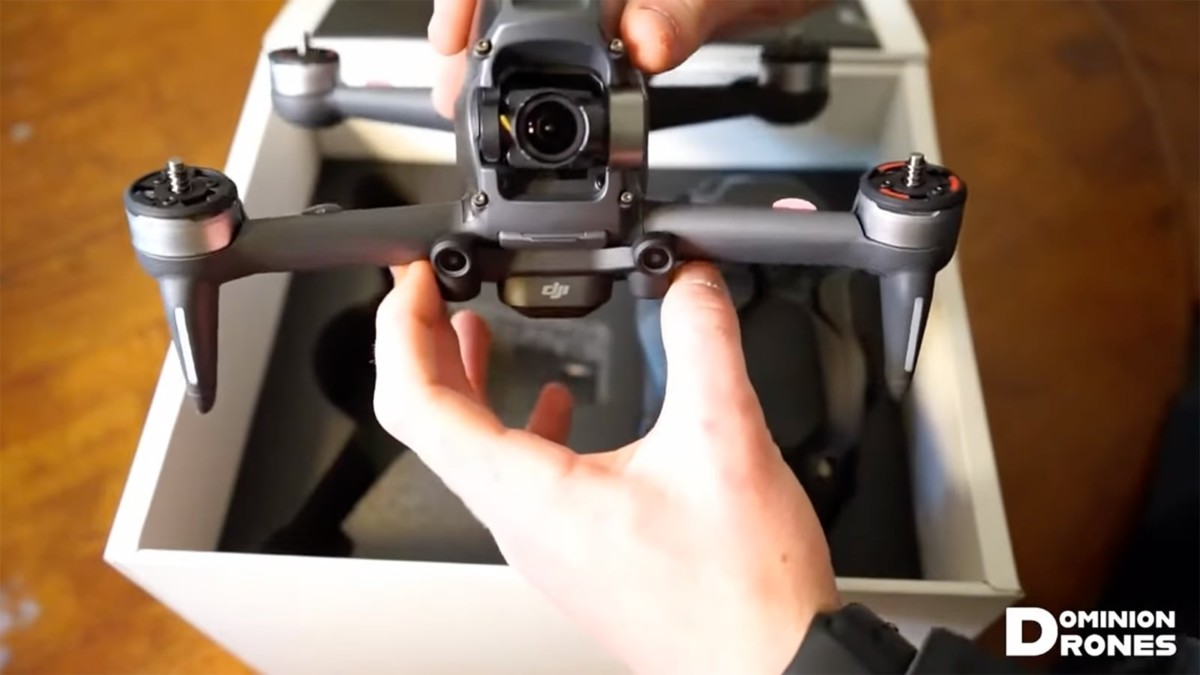 DJI’s latest first-person-view drone has a rumored maximum speed of 93 mph and boasts front- and downward-facing sensors to help it dodge obstacles. It also has a rounded body and lightweight controller for usability. Compared to DJI’s predecessor, it features sculptured grips and racing goggles that are lighter than the 2019 versions.

DJI’s first-person-view drone has a controller design that emulates a gamepad, bringing excitement to gamers. Moreover, it features individually sculpted grips for each hand. And the triggers around the back are user-friendly and easy to operate during flight mode. Furthermore, DJI‘s new drone has detachable joysticks that you can slot inside each handle.

This first-person-view drone has a tall rectangular battery that plugs into the back of the drone. And the kit includes a charger and portable power bank for keeping the drone fully charged.

The drone features a front-facing camera. It also contains two smaller downward-facing cameras on a gimbal. However, these two cameras don’t capture footage but are used as sensors to potentially avoid obstacles.

In addition, the drone has a compact and lightweight design—especially when compared to previous models—and although the accompanying FPV goggles are just as large as the drone, they’re lightweight. The leaked video also confirms that the drone has a rounded quadcopter body.

What is a FPV drone?

FPV drones connect to a video transmitter that sends a live video from the drone’s camera(s) to FPV goggles, headsets, and other displays, such as a smartphone device. This type of drone stepped into the tech world in around 2019.

These drones utilize radio frequency antennas, transmitters, and high-quality cameras to provide you with an unbelievable view from the drone’s point of view. And this design also lets you become the pilot of the drone, obtaining video shots that would ordinarily be difficult to operate. In particular, you can perform twists and turns with the drone. And seeing everything from the camera’s perspective is spectacular. Moreover, you can control the FPV drone with accuracy and precision.

At the moment, there’s no footage of the DJI FPV drone in flight, but we imagine that it can capture some incredible shots. In summary, rumors share that it’ll be released in March 2021, and there’s no confirmation on the price at the moment.