On this week's podcast we sat down with Jason Fullmer from Crowd Control tells us how to succeed AFTER your campaign. 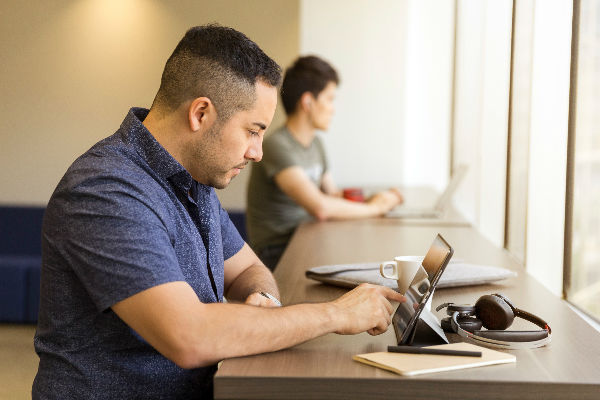 Can you give a little background on who you are and what you do?

Can you explain a little bit more how Crowd Control works?

Jason: Basically, we build a bridge between platforms like Kickstarter and Indiegogo to Shopify, to let you use all the power of Shopify and their e-commerce solutions to manage your backers better, to replace the survey tools of Kickstarter, to provide you with fulfillment solutions and the opportunity for add-on sales, and all that kind of stuff.

How did you get into crowdfunding?

Jason: About four or five years ago, I just started a small company called Declan and had an idea for a product with that and we took it to crowdfunding and we were funded over 1,200%, had about 2,300 backers. And it just kind of blew up and from that, I thought “wow, we’re really in it, so I want to do this right.” Again, we had a lot of backers and then we also had a lot of product variations. He had more than a dozen SKUs and so I thought there’s a lot of opportunity for error and I want to do this right, and I didn’t like the solutions that were available for me at that time. You know, our competitors; the pledge manager circuit, they’re great but they’re kind of just another third-party service and I don’t want to bounce my customers around from point to point. And so even way back then with Declan I figured out a way to use my own online store to replace that survey process so I could figure out what styles my backers wanted, get their shipping address, and then the huge value that I saw from the other services that were out there at the time was add-on sales, because you can get another 10% to 20% of your funding total through add-ons. So if your campaign had $100,000 you could get another $10,000-$20,000 just by giving your backers the opportunity to buy more. That was really, kind of the catalyst for Crowd Control, but then I got busy with Declan and ran that for a couple of years and then we figured “we should really look into the Crowd Control idea.” So that’s how everything got started.

What was the wall you kept hitting that made you want to create Crowd Control and solve that problem?

Jason: The default solutions with Kickstarter – so, Kickstarter is great for getting your money, but for everything that needs to happen next, it’s a really poor solution. Specifically, getting your customers addresses, getting your backers, getting values they want, but then also shipping all of that. We had 2,300 backers and then shipped over 5,000 items and Kickstarter just doesn’t have the infrastructure to support that. So what I felt was the most intuitive resource was using e-commerce, use something that’s built to handle those kinds of needs.

I see how hard it is after your campaign is over and to have to follow through.

Jason: Part of my thought with that is, yeah there are some solutions that can make that process a little easier but the fact of the matter is you still have to set up your business and run your business later, so we kind of cut out the middleman in that situation and just say okay, we’re going to show you how you run your online store in the process of making your post-crowdfunding experience better.

What is the biggest misconception about crowdfunding and e-commerce and how the two meet?

Jason: That’s a really good question! What I’ve been learning as we’ve been working with users in our beta launch is everyone is in a different plane. You got some people where they got an idea and they think “oh, I’m going to make a little hobby out of this.” And then you’ve got some people where they have intentions of making a full-blown business, and then you’ve got the mix in between where you’ve got the hobbyists that blow up into a business, and you’ve got the business people that just fall flat. Everyone’s needs and understanding seem to be in a different realm. Our challenge is educating people to understanding, you know, you should run this with the intent to be successful and you should take advantage of the existing solutions and resources to really get the most out of this experience. 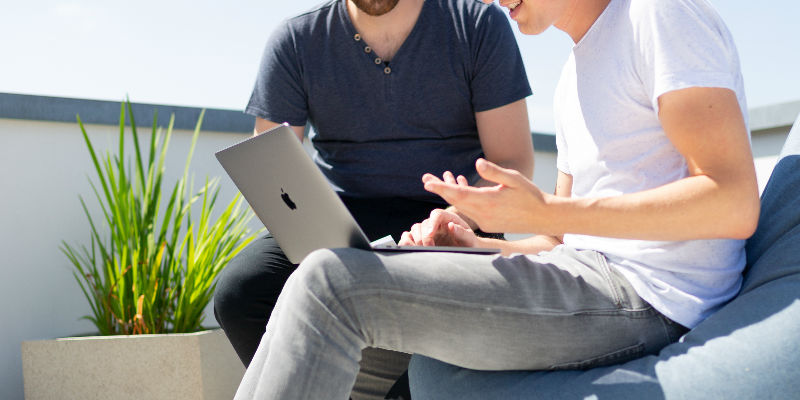 How to promote your crowdfunding campaign

Can you give some examples of transformations you’ve seen using this service?

Jason: We’ve got one user where they did a highly customized shoe. And they did all kinds of options with overall, between the sizing, and the colors that they offered, they had 1,600 different SKUs. And Kickstarter just isn’t created it for that kind of volume. So we transitioned them to Shopify using Crowd Control and used Shopify as a survey platform and we were able to make them another $140,000 just through this, just by better meeting their needs of finding out what their backers wanted and getting their backer addresses.

Can you explain the process of getting them from Kickstarter into Shopify?

Jason: One of the reasons we chose Shopify is because the customize-ability and the solutions they offer, of which is their app store. So Crowd Control will soon be available in the Shopify app store and after you’ve installed Crowd Control on your Shopify dashboard, we take your backer report, your raw data from Kickstarter, Indiegogo and upload that into our system. What some people don’t know is after your campaign all you get is a backer email and then their pledge information, you don’t get their shipping address, you don’t know what items they want, if they’ve got a shirt, small, medium, large, red, black, blue, whatever. You don’t get any of that and so that’s really where we come in. We bring that data into Crowd Control and from that, we build out the customer experience where the products that your backers are getting are just products that you’ve built on Shopify. You get full customization there, product descriptions, photos, videos, whatever it may be and designate that as products that these people are expecting. So after you’ve created that, you also get to create a notification template for your backers, you get to customize the emails that we send out to your backers to bring them to your website.

That’s a real problem you guys are solving, which is very cool.

Jason: What’s been the most surprising thing to me, especially because I kind of thought of this solution four or five years ago during our first campaign, but what blows my mind is, we’re the first people to offer this because to me this is most intuitive and logical way to run your business and why were the people only be doing this now is mind-blowing to me.

What is the most important tip you can give to anyone who is thinking about launching a crowdfunding campaign?

Jason: The first thing to come to my mind, and this isn’t even necessarily about the greatest success but it’s for the best experience for the project creator, for the business owner. Under promise, over deliver. Because, especially when you first get started, you’re so excited by all the support that you’ve got, so you’ve got a couple thousand people that are excited about your product and you’re excited about it, too. And it’s easy to just put way too much pressure on yourself by telling your backers “we’re going to be delivering next week.” When in reality you’re not going to be ready for another six months. And so then you put all these unnecessary pressure on yourself or you’ve got people saying “hey, you said this was going to come last week and it’s three months later.” And so I think, not necessarily for the success and longevity of the business but for the success in helping you do what’s most important. Is just setting reasonable expectations for your backers and then blowing their minds by delivering this incredible product maybe earlier than you initially told them.

I think that’s so smart and I’ve seen it happen to many times.

Jason: Something always comes up, even when you don’t think it will. I was just talking to a friend the other day, everything takes two times longer than you expect and costs twice as much money as you expected. There is just always something and you need to plan accordingly.

What can people expect from the release of the full version?

Jason: There are some really great solutions. For me, the most exciting part is being able to give your backers this incredible first impression. I mean, you take these people that are excited about your product and you redirect them to your website, a website that is fully in line with your brand’s voice and your image. Crowd Control is just this bridge and you get full control of your colors, and the imagery, and everything you say, and that was part of my inspiration for my very first campaign. I thought I want to make this look as professional and legit as possible and for me, that’s one of the most exciting things about Crowd Control.

Where can people stay up to date with you and what you’re doing?

Jason: Right now our website is crowdcontrol.co and people can contact us there. We are in private beta and so we’re not working with anybody and everybody, it has to make sense for us and for them of course, but that’s really the best place to get started with us.

For more such interesting podcasts on crowdfunding, marketing, product placement, and everything in between, subscribe to the Gadget Flow podcast now.

Alex is a content creator living in New York City.
Join the Discussion
Popular Blog Posts
Smart workspace gadgets you need to add to your WFH setup Best PS5 external SSD drives out there for gamers Which drone should you buy in 2021? Must-have vacuums for home cleaning Apple Silicon Macs—should you buy the new Macs with the M1 chip?