On this week's podcast, we sat down with Paolo Ganis of Clairy to discuss successful planning and execution of crowdfunding campaigns. 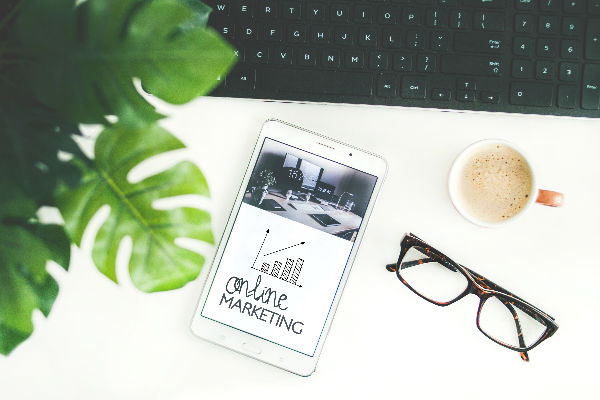 Can you give a little bit of background into what you do?

Paolo: I’m Paolo Ganis, I’m the CEO and cofounder at Clairy. Clairy is a company that creates, produces, and invents natural air purifiers. Our first air purifier was called Clairy, it was a great success with our first Kickstarter campaign, went very well. Then we launched a month ago, NATEDE, which is our second product and we launched it also on Kickstarter and was an even bigger success so I’m so happy about the performance.

You have done a few crowdfunding campaigns in the past, right?

What was your background before you got into crowdfunding and what led you there?

Paolo: I started my career in banking, I’ve always been a big fan of finance. I worked for five years in the corporate finance of a fortune 50 company, it was great but you know I always wanted to be an entrepreneur. All the time, all nights, all weekends I was thinking about something to work on. I started my activities, I found my partners that had this idea and we said “wow, this looks amazing, let’s do something about it.” And then we started. We presented our first product at CES in Las Vegas in 2016. It was an incredible success, everybody loved this product. Then we were spotted by Plug and Play Ventures which is one of the biggest accelerators in Silicon Valley has invested in Google, Dropbox, and other big companies. We did three months there and the first thing they said was “we must see that the market really loves the product and there are people that want to pay for this product.” So we said “let’s do a Kickstarter,” and we did it, with very low budget, but we did incredibly well, and so that was the beginning of everything. So the crowdfunding really gave us lots of resources to start the production and get our first manufactures. Then we managed and got a bit of other investments from private investors that saw that it went so well on Kickstarter, it was something game changing. I would really recommend anybody that has a good idea, especially in hardware, to first do a good crowdfunding campaign. 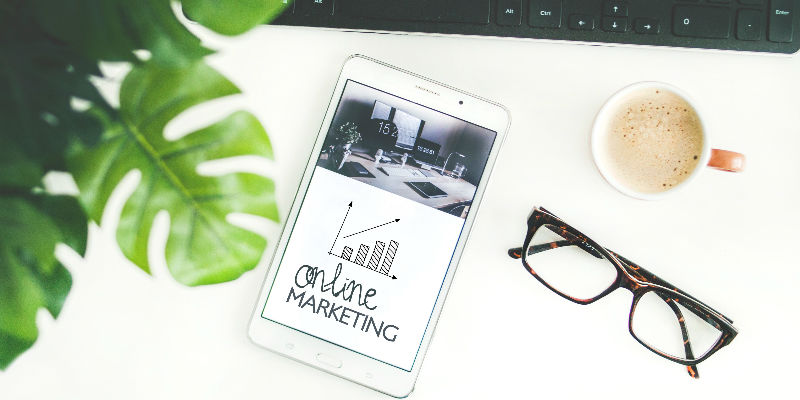 Crowdfunding tips for your next Kickstarter campaign

What pushed you to do Kickstarter or crowdfunding when you wanted to launch your product?

Paolo: Our product is very particular; we’re talking about a flower pot which is a natural air purifier. We use the natural properties that some plants have. So it was really difficult when we went to investors and manufacturers, to tell them “look, we got this product, can you help us, and give us funds, and help us with manufacturing?” And they really didn’t believe us or think “sounds interesting but you must show me something more.” That’s what crowdfunding was for, we straight away went on Kickstarter because Kickstarter is very good for design products, because Clairy is just a proudly made niche design object made in ceramic, so we straight away went for Kickstarter. It was something we straight away decided on because it was really the natural thing to do in the first moments of our startup. We straight away said lets go with Kickstarter, let’s see if there’s somebody that would want to pay for our product.

How did you make your campaign successful for the whole duration of the campaign? Did you have a strategy for that?

Paolo: One of the most important thing is that, when you do a crowdfunding campaign, especially a Kickstarter campaign, you really must work a lot before. You must have a great strategy; you must be really well organized. You don’t launch a crowdfunding campaign in two days. It really takes at least two to three months of preparation for it, so you must have all the right assets and everything. Something that takes time and really when you do it, you must get the most out of it, because you’re putting your faith, you’re showing your new product and you really want to get the best out of it. You must really be concentrated, that’s what we did. We really worked hard, we did create something that was nice besides the product, also the images, the copy, and the video was nice. Then really push a lot of also marketing, because now in Kickstarter it’s really tough to show up, because now on Kickstarter probably 3,000 live projects. You must stand out in a nice way and you must push also a lot on marketing. It’s really something that every day you must concentrate, and do the best out of it, and invest money in it, on marketing and PR.

What services did you use to help promote the campaign, what did you do as far as marketing goes?

Paolo: One of the first things is we used Gadget Flow, which we think is one of the best services because in terms of value for money they’re just great, because they don’t cost a lot, all the time they exceed our expectations because we get a lot of traffic and a lot of pledges from Gadget Flow. They really helped us a lot, we think it’s really a must to be featured by them, because people also trust Gadget Flow, they know Gadget Flow reviews the best techs, it’s something everyone must consider when they launch a Kickstarter campaign, definitely.

Paolo: Yes, for sure. Social media; we think Facebook works a lot, much better than AdWords. You have to invest a lot also on social media ads, especially on Facebook. We saw Instagram also works quite well, and it’s quite cheap compared to Facebook and we see a lot of traffic and quite good conversion rates that come from Stories, Instagram Stories that cost very little and especially because our product is something really that as you see it you say “wow, what’s this?” So, they work very well. 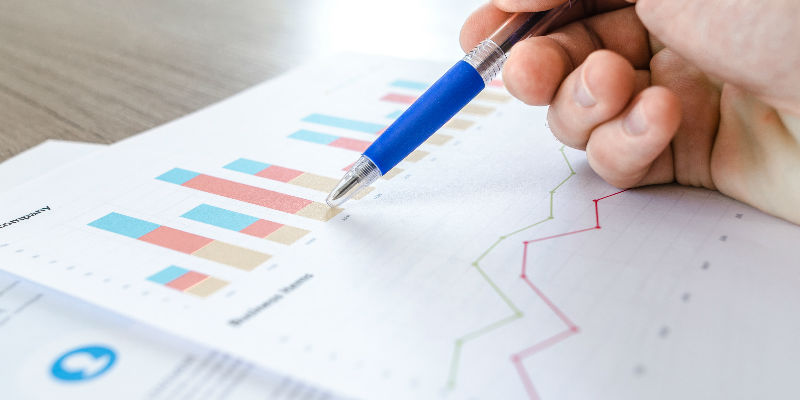 What is the worst piece of advice you hear about crowdfunding campaigns that you would like to debunk?

Paolo: The worst, that’s quite a question! The worst… I don’t know, I think as I was saying before, sometimes when I speak with somebody that is launching a Kickstarter campaign, some of them just say “let me just launch the campaign and see how it goes, and I hope to make a million euros or dollars out of it.” But, I think that you must never believe people like that because it takes time, effort, and convincement. You must do it well and don’t believe in people that just say “just launch the campaign and see if it goes well and just hope.” Because it would never go on its own. This would´ve happened five or six years ago but now it´s impossible, just impossible.

What are the one or two most important things to do in order to prepare your campaign and have it well executed?

Paolo: I think the most important thing is to get leads. A well-structured campaign, in the months that come before the actual launch of the campaign, is to create a landing page where you get leads, and good leads. You must spend quite a bit of money. Day one, when you launch the campaign you got at least 5,000 emails of people that are interested in your product and you tease them about your product. So on day one they really want to buy that product, I think that’s one of the most important things. Another very important thing is, probably everybody knows it, but I really want to say it again, is the video. We worked a lot on the video, especially on our last video. We really worked a lot and we’re really happy about it because it’s something unique and something that explains not only the product, but explains the team, the mission of our company. It really tells a story and it gets people to understand that there’s somebody behind the product and that they must support you not just because they like the product, and they love the product, and it’s cool. But also because is a nice startup that is working hard on it and must be supported. I think that’s very important to show in your video.

Do you have any advice on how to get leads?

Paolo: I think to get leads it’s quite simple but it can be tricky. Something you must do is for sure a good landing page, a landing page where you got some images of your product, you show the best feature. You don’t say too much; you just say the minimum so that people are interested in it and are teased about it. Just a place where people leave their e-mail, and I would suggest also to put their name and surname. So name, surname, and e-mail, because this means that who leaves their e-mail are really interested, because if you just leave the e-mail people just leave it like that because maybe they’re not interested. We see that if they leave also their name, and surname convert much better and then the Facebook Ads. I would say a budget, depends on how much time you got, but at least $100 or $200 a day and I say that a cost per a good lead now is between, it could be around $2, so it’s not even a lot per a good lead.

Are there any last pieces of advice you would give them before launching?

Paolo: We covered quite a lot of experts but do something wonderful, show that there are people behind this product, show that you’re working hard on it, show this in your campaign and also in the story of your campaign, so in the copy, the images, I mean it’s never enough. Also in the story you, I mean the story part where you can read and see the images, add as many things as you want because then they see the video and then if they want they can go and check. Put everything you want and start working on a Kickstarter campaign at least 3 months before you want to launch and when you do it, and I never stop telling this to everyone that reaches out and asks me advice, if you’re doing a Kickstarter campaign do it as best as you can, invest as much as you can, I mean is a one shot and you cannot fail. It’s your face, your product, you’re really trying to show something to the world so you must do it as best as you can, really.

Where can people stay up to date with you online and what you’re doing at Clairy?

Paolo: They can go on our website clairy.com, they can leave an e-mail, we got a contact section, or they can write to hello@clairy.com and we’ll help them as best as we can and we’ll give advice. We’re really always looking forward to giving advice to people that want to launch a Kickstarter campaign, I just love helping people on this.

For more such interesting podcasts on crowdfunding, marketing, product placement, and everything in between, subscribe to the Gadget Flow podcast now.

Alex is a content creator living in New York City.
Join the Discussion
Popular Blog Posts
Smart workspace gadgets you need to add to your WFH setup Best PS5 external SSD drives out there for gamers Which drone should you buy in 2021? Must-have vacuums for home cleaning Apple Silicon Macs—should you buy the new Macs with the M1 chip?