Is the new HTC Vive Cosmos Series a good buy?

One for gamers, one for AR, one for Angry Birds—the new HTC Vive Cosmos lineup comes with exciting features and swappable faceplates. But all these high-range VR headsets come with a hefty price tag. So, do you really need to buy them or stick to basic VR as always? 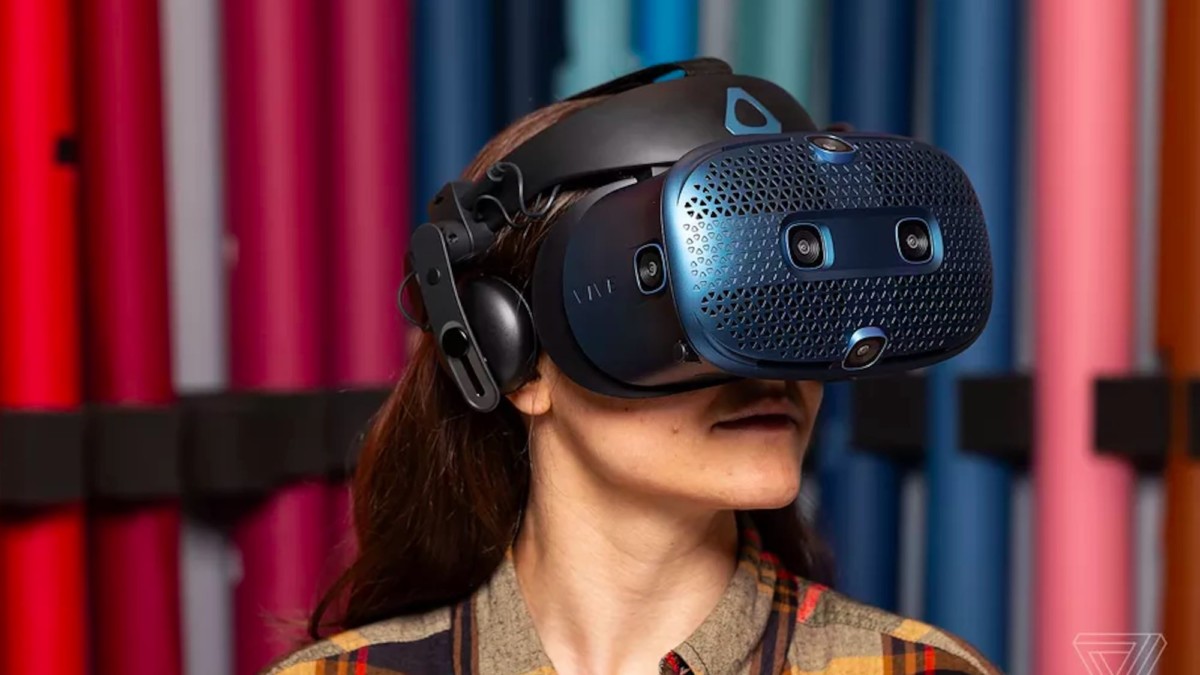 According to The Verge, HTC announced this week that it is expanding its range of Virtual Reality headsets with four new variants on the original Vive Cosmos series. The updated lineup features new faceplates and some other interesting elements. Otherwise, according to reviewers, not much else has changed from the original series. With that in mind, is the new HTC Vive Cosmos Series a good buy? Let’s inspect the latest headsets.

The Verge mentions that the Cosmos Elite headset is the range’s highest price point. It’s for VR enthusiasts who want a high-quality gaming experience. For now, it seems to be an upgrade from the original Vive and features a faceplate that uses external tracking and two lighthouse base stations. So sensors monitor movements from both the headset and controllers. The headset’s external tracking is more precise, and HTC seems to want to position the Cosmos Elite as an option for advanced PC VR games. HTC says the Cosmos Elite will be available later in the first quarter of 2020 with preorders starting on February 24, 2020.

Get an entry-level headset with the Cosmos Play

The entry-level option in the lineup is the Cosmos Play. According to Wired, while there is no official price yet, HTC says it will be the most affordable headset in the Cosmos line. It’s a no-frills model without advanced options. It has four sensor cameras instead of the six that are on the mid-range Cosmos headsets. The headset will have inside-out tracking. However, with just the four sensors, the room-scale experiences won’t detect your position as well.

That being said, like the other Cosmos headsets, the Play is modular. So it could be a good option for a user who wants to try out a VR headset. If you use it a bit and decide you want a more advanced set, all you have to do is buy a new faceplate with more sensors. 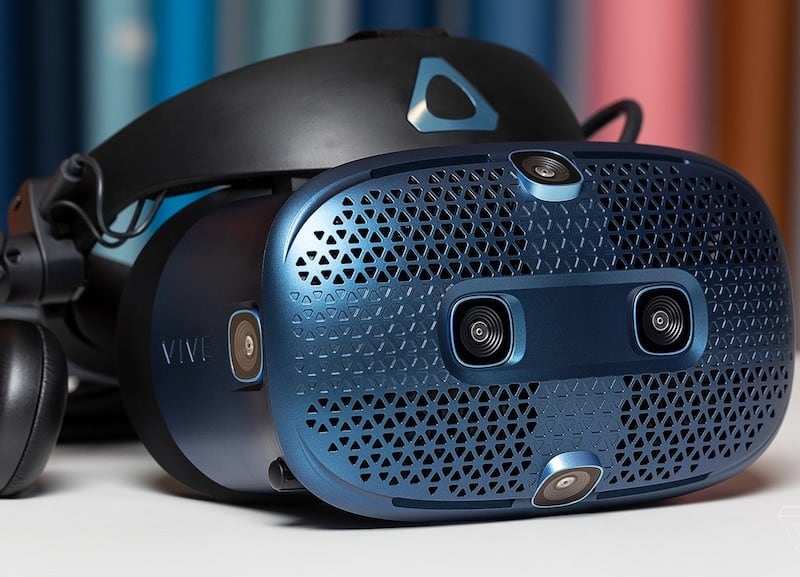 The Cosmos XR is the most powerful of the bunch

Finally, the Cosmos XR is the most powerful model in the lineup. Wired notes that, different from the other Cosmos models, the XR is primarily a development tool. It is a mixed-reality headset that has two pass-through cameras which display AR elements and other information on top of the real world. This sounds cool. The Verge speculates that the Cosmos XR has the potential to make the Cosmos system more adaptable. So if the Cosmos XR does what it promises, it could be a great AR option for Cosmos owners. HTC says that it will release the Cosmos XR as a developer kit in the second quarter of 2020. 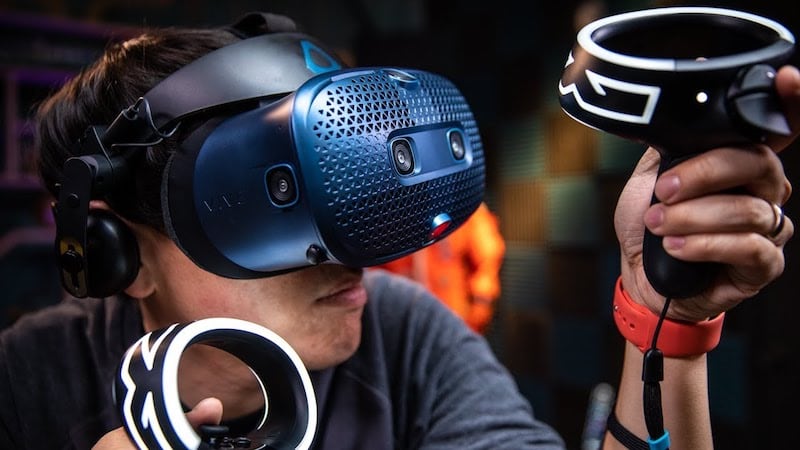 So, is the HTC Vive Cosmos Series a good buy?

That depends. From the preliminary reviews, the new HTC Cosmos Series seems to be a simple upgrade from the original Cosmos series that debuted last year. However, the line’s modular design and the exciting capabilities of the Cosmos XR are worth noting. Also, the entry-level Cosmos Play, although basic, is a good first purchase for new gamers who may want to upgrade to a more powerful headset later. The modular design, switchable faceplates, and option to buy additional controllers make that possible. If you are on the fence about buying a headset from the HTC Vive Cosmos series, it would be worth waiting until the reviews are out before making your final decision.

What’s next for HTC and the Cosmos Series?

CNBC says that struggling HTC hopes VR can breathe new life into its business and halt declining revenues. Unfortunately, the VR market isn’t as strong as many predicted a few years ago. CNBC reports that in 2019, there were just 23.2 million install base headsets globally. Future growth in VR headsets rests with those wired to consoles or PCs or standalone. Not ones that connect to a smartphone. This is where HTC is concentrating its efforts. Although the new Cosmos series doesn’t offer much of a change from last year’s collection, the slightly revamped devices coupled with the developer-level Cosmos XR could be just the products HTC needs. 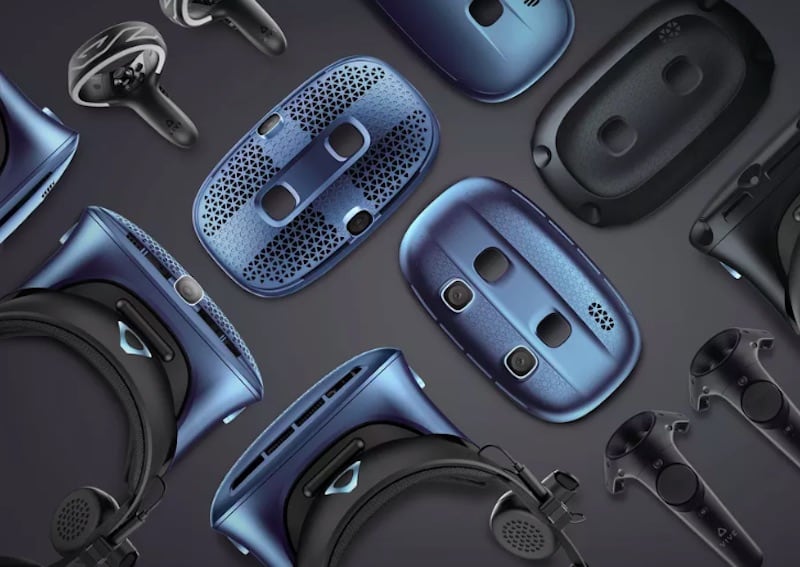 The Verge says that HTC will announce further details about the Cosmos XR at the Game Developers Conference in March 2020. The company hasn’t revealed anything about the Cosmos Play release. Lastly, Vive Cosmos is on sale now for $700 at major retailers like Amazon and Best Buy.

Lauren has been writing and editing since 2008. She loves working with text and helping writers find their voice. When she's not typing away at her computer, she cooks and travels with her husband and two daughters.

Popular Blog Posts
Ultimate eCommerce checklist to boost your online sales Best 5G phones to buy in 2020 Best of CES 2020 Gadget Trends 2020 – What we expect to see 24 Cool tech gadgets that prove we’re living in the future 10 Google Home accessories for a truly intelligent home Top 5 pre-launch crowdfunding services you can use for your campaign 10 Car accessories to improve your next road trip LG vs. Samsung: Who’s winning the smart TV war? Must-use Kickstarter marketing tips and the best strategies to get funded 8 VR cameras to perfectly capture the world around you