Virtual reality headsets, once considered far-out technology, have grown immensely over the past several years. But with so many new devices on the market, which is the best for you? We're here to break down our picks for the best VR headsets in 2021. Find out which one is right for you! 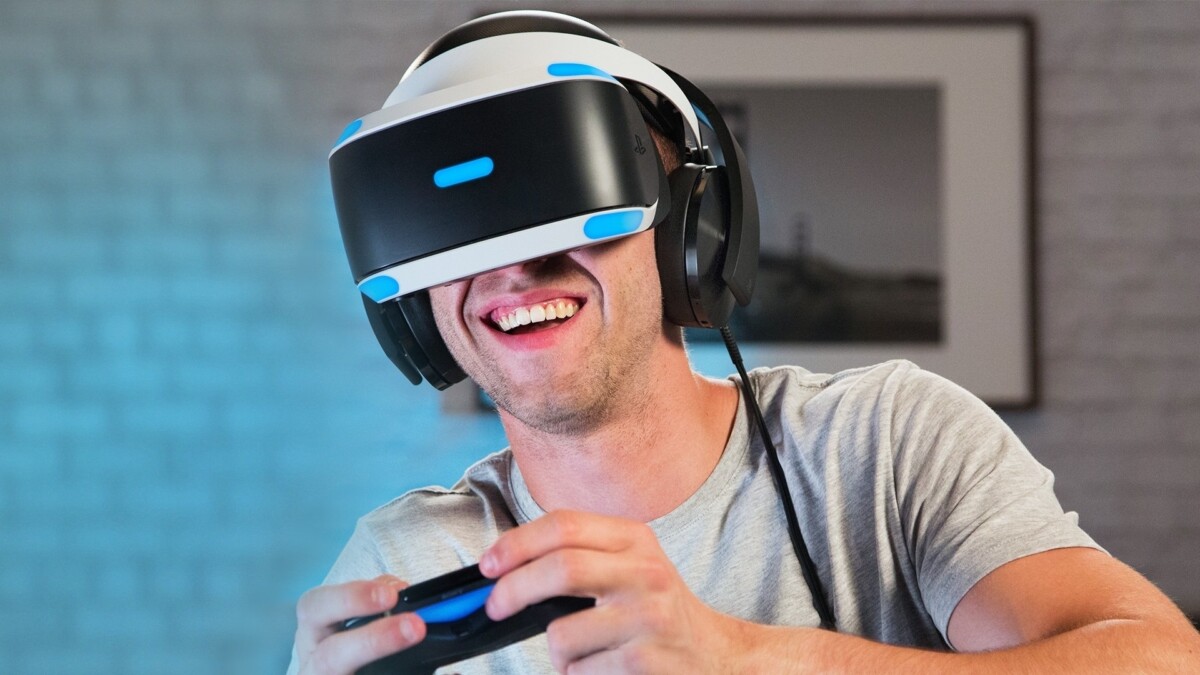 Virtual Reality (VR) is a brave new frontier in gaming. Companies continue to use this tech to deliver incredible, immersive gaming experiences from indie developers to top-class gaming studios. Where the idea of strapping on a head-mounted display (HMD) was once considered gimmicky, people are now embracing it faster than ever.

If you’ve been following along with VR headsets, you probably already have an idea of what’s out there. However, with a continuously changing market and so many options to choose from, it can be hard to hone in on which is best for you. Everyone has their own unique gaming setup, preferences, and budget, so picking a VR device can be challenging. Well, we’re here to help.

We’re listing our top picks for Virtual Reality headsets (so far) in 2021. Find out what they’re all about and why they’re worth your consideration. By the time we’re done, you just might be ready to pick out your next (or perhaps even first) VR gadget. Let’s dive in!

Oculus is still one of the best names in VR headsets. The Oculus Quest 2 is the latest and greatest model available in the Oculus line. It’s a big step up from the original Quest model and has plenty of upgrades and enhancements.

The HMD features an LCD screen with a 1,832 x 1,920 per-eye resolution. It has a 90 Hz refresh rate and may soon even support 120 Hz (for select games). It has an onboard Snapdragon XR2 chip for games played in stand-alone mode, while Oculus Link and a Type-C USB cable allow them to be transmitted directly from a PC. Oculus also supports inside-out tracking.

Quest 2 also ships with 2 different storage capacity options. You can get it with 64 GB or 256 GB of internal storage. Of course, with the ability to connect to a PC, you won’t be limited to just that. You’ll be able to tap your computer for additional access to games you haven’t pre-loaded onto the Oculus device.

Overall the Oculus Quest 2 is one of the best and most affordable virtual reality headsets on the market right now. There’s plenty to like, from internal processing and multiple methods of use to its easy setup. If you have a PC capable of supporting compatible features, you really can’t go wrong with this one.

The Oculus Quest 2 is available from the official website starting at $299, and you can sign up to be notified when it’s back in stock.

The HTC Vive Cosmos Elite is a slightly upgraded version of HTC’s Vive Cosmos model, bundled with most of the original hardware. It’s somewhat more accurate than the regular Cosmos and includes a new faceplate.

The Cosmos Elite’s display features a dual 4.3-inch 1,440 x 1,700 resolution and can run at 90 Hz. It has a flip-up design and is capable of delivering crystal-clear graphics. Lighthouse Tracking uses its Base Station 1.0 to create precise external tracking. This way, you can slash and swing more accurately.

The flip-up design in particular is a handy and unique feature. Some HMDs can be tedious to remove for only moments at a time, so HTC added the ability to reduce disruptions to your sessions. Now, you can switch back and forth with ease using the Cosmos Elite’s cool flip-up headset design.

The most significant drawback to Cosmos is its steep price tag, but don’t let that deter you from this incredible VR experience. The Elite model comes with a 6-month Viveport Infinity subscription that’s loaded with content to enjoy. This includes the highly-rated “Half-Life: Alyx.”

HTC’s Vive Cosmos Elite is a solid option with lots of bundled extras. While it might not be as budget-friendly as other headsets, it will still deliver a quality gaming experience.

You can get the Vive Cosmos Elite on the official website for $699.

The HTC Vive Focus 3 is one of the most impressive VR headsets on the market to date. It has a well-designed HMD that doesn’t require tethering to a PC or console, and it has a fantastic field of view (FoV).

The Vive Focus 3 has dual 2.88-inch LCD panels with a per-eye resolution of 2,448 x 2,448. It uses a Snapdragon XR2 chip and comes with 8 GB of RAM. The Focus 3 also has a 90 Hz refresh rate, which is standard compared to most top-tier headsets. The device weighs in at just 1.7 lbs and includes a Micro SD slot.

Similar to the HTC Vive Cosmos Elite, the price point is a little high. However, this is mainly due to it being pushed toward businesses over the general consumer market.

Overall, the Vive Focus 3 is absolutely worth your attention, given its impressive build quality and other enhancements. That HTC even added a removable battery and moisture-proof fabric shows the lengths they went to give this device an edge over its competitors. Definitely get a closer look at this one.

The HTC Vive Focus 3 is available from the official website for $1,300.

HP’s Reverb G2 is another solid option, but one that may be less familiar to consumers despite its HP branding. If you have a PC with specs robust enough to support it, this might just be what you’re looking for.

Updated since the original HP Reverb device, the Reverb G2 offers plenty of new tweaks and improvements. It has a two 2.89-inch LCD display with RGB sub-pixels and a per-eye resolution of 2,160 x 2,160. A 114-degree FoV with a 90 Hz refresh rate and a lightweight profile is also beneficial. Other upgrades include enhanced audio, antimicrobial materials, and 2 additional cameras.

Motion tracking is lacking compared to many other devices on its level. The space Reverb G2 is able to track can be limited if base stations are absent, but IMU gyro sensors help with this. The sensors predict additional movement outside of the area. Fluid motion goes a long way though, so don’t stand too still!

That said, it’s still a great virtual reality headset that PC users should undoubtedly add to their list.

You can get the HP Reverb G2 on the official website for $549.

Undoubtedly one of the best available options for experiencing Virtual Reality right now is none other than Sony’s PlayStation VR. Backed by one of the biggest names in technology and entertainment, it comes packed with a lot of great features.

The PlayStation VR has a 5.7-inch OLED display with a 1,920 x RGB x 1,080 (960 x RGB x 1,080) resolution. It has approximately a 100-degree FoV and a 90–120 Hz refresh rate. It contains an array of sensors, has 3D audio processing, and uses a USB / HDMI connection. Accessories like the PlayStation Camera use 3D depth sensors to assist in precision motion tracking. The Move and Aim controllers expand the experience even further.

One of the original complaints with Playstation VR was that many of the available accessories were not included with the HMD unit, but Sony has since remedied that. There’s now a wide range of bundles to choose from, so you can find a better deal that accommodates your needs.

Hardware aside, the greatest strength of PlayStation VR comes down to the software available to enjoy it with. Gaming is central to this device, and it shows. There are plenty of games already available for newcomers to get their digital hands onto; Doom 3 and Star Wars: Squadrons, just to name a few.

Best of all, you don’t need to have a PC capable of keeping up with this futuristic technology. As long as you have a PS4 or above, you can run this perfectly fine on your PlayStation console. However, a PS4 Pro or PS5 is strongly recommended to ensure better performance.

PlayStation VR is hands down one of the most remarkable ways to enjoy a virtual reality headset if you’re comfortable with console gaming. Quality, simplicity, and a myriad of options push this ahead of the pack.

You can get Sony’s PlayStation VR as a bundle from their official website for $349.99.

The Valve Index is a beast of a VR system. While it does have a few significant drawbacks, it’s one of the most powerful VR headsets you can get. Its hardware is the best in its class. There’s little if any Screen Door Effect (SDE). It even has a wider FoV than most other headsets out there.

Like many HMD’s, Valve’s Index system is PC-based. It can be paired with finger-tracking controllers (capable of tracking motion on a per-finger basis). It also has USB support for future accessories.

The Index HMD comes with dual 1,440 x 1,600 RGB LCD displays and can run at a 120 Hz framerate. It can even run at 144 Hz in an experimental mode. It features a 130-degree FoV with canted optics. Ultra-nearfield flat-panel speakers provide extravagant audio. There are a plethora of other onboard features ranging from antimicrobial materials to cameras and expansion slots.

A few weaker areas for the Index would be that setting it up may be more involved than some would prefer. Comfort during extended sessions is debatable. The most sobering issue is likely to be its steep price point for the entire kit. Still, it’s possible to purchase the different components separately, so you could always piece them together as opportunities become available.

It’s also worth mentioning that with Valve and PCs involved in powering the Index comes support from the Steam platform. Steam’s library of games will supply lots of fun experiences as more become available each day. If you’re a hardcore PC gamer, you should absolutely check out the Valve Index.

The complete Valve Index VR kit is available from the official website for $999.

There’s a device that’s right for you

Shopping for the right virtual reality headset can be complicated. Still, there are lots of great options you’re sure to love no matter which you try. Developers and engineers have come a long way in designing fantastic devices, including the software necessary for exciting experiences.

Another thing worth considering is that while there are always new versions around the corner, existing models don’t immediately lose their relevancy. In fact, they usually become a little less expensive! So if one of these devices is a tad too pricey, don’t sweat it. Always keep checking back for great deals.

No matter what you’re looking for, there’s a VR system that will accommodate your setup and budget. Need a device less reliant on PCs like the PlayStation VR? Perhaps one that takes your PC gaming to the next level, like the Valve Index. This list will give you plenty to think about.