jamstik+ is the Smartest Way You Can Learn to Play a Guitar. Period. 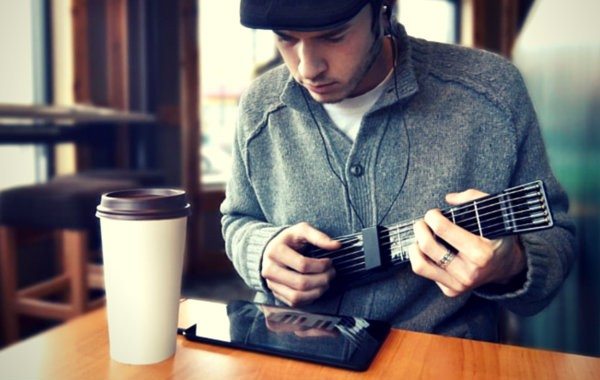 Have you had the inherent desire to play a guitar every time you see someone playing it with perfection? I’ve felt so a number of times but then to think of attending guitar lessons and carrying that bulky instrument everywhere I go kind of made me think twice. Scratch that. I have to admit guitar playing is not a joke. You need a lot of dedication and proper learning kits to master this beautiful music instrument. Maybe that’s what was coming as a barrier in taking that first step to learning a guitar for me.

When jamstik launched their first version in 2014, I felt wow. Because this wasn’t an ordinary guitar and looked no where close to the standard design except for the strings. In fact, it might seem strange to some when they come across this new-age smart guitar for the first time. But you’ve got to agree, jamstik has made guitar learning for amateurs and beginners super easy and convenient. Now with the jamstik+, you can only take that experience to an even higher level of excellence altogether.

Learn to Hit Those Strings in Minutes

Now with the jamstik+ in hand, you can actually head for the beach or start playing in the cab because unlike the real-world guitars you’ve seen till date, jamstik+ is highly portable and can easily fit in your bag or backpack. You might think that playing such a smart device evidently means sacrificing on the real strings and frets. But you’re wrong here. 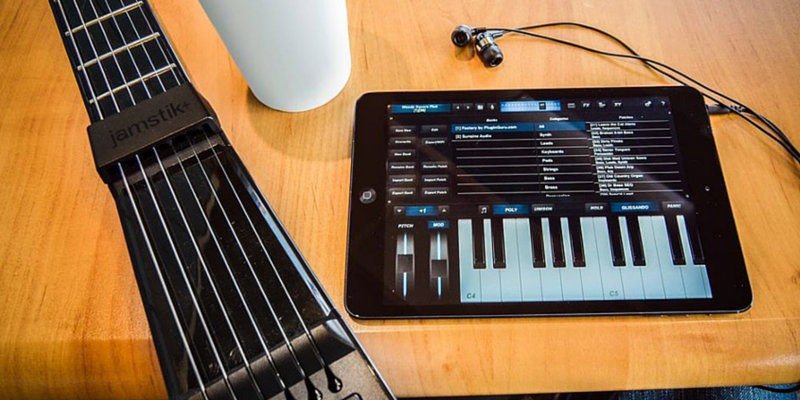 jamstik+ isn’t going to take you away from playing on real strings and real frets although it does connect with your iPhone, iPad or Mac wirelessly over wi-fi. That’s a good one, isn’t it? You can play the guitar with any of the 100’s of compatible MIDI apps available with the JamTutor app helping you play cords in minutes. First time jamstik players have even said that “This is literally the coolest contraption I’ve ever seen.” 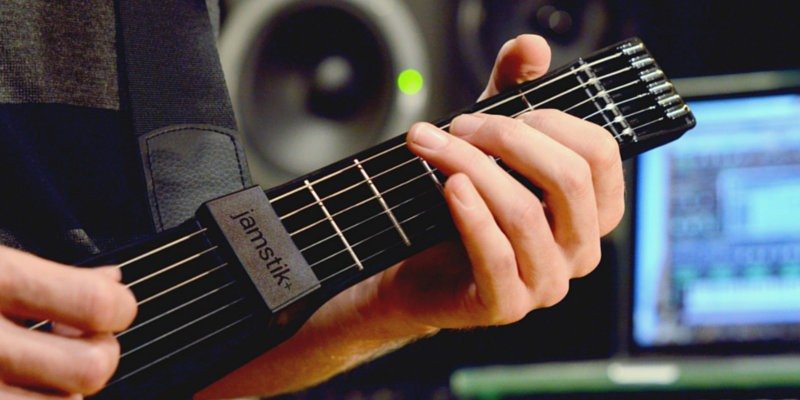 Works as a MIDI Controller Too

The jamstik+ can even sense where your fingers are before you strike a string. Learning has gone simpler on this version of the SmartGuitar. But jamstik+ is a lot more than a guitar. It’s an MIDI controller too which can sound like a piano, drums, harp, even a sitar, and many more. You can easily use to pair up with apps like GarageBand, Loopy, SampleTank, Ableton Live, and more. The team has provided a video which shows how you can build an entire song in GarageBand with the jamstik+:

Here are the three major updates you’ll get from the jamstik+ series:

1. It has added a hexaphonic magnetic pickup which gives the jamstik+ a more realistic guitar feel having a higher resolution signal.

3. The jamstik+ handles string bend and vibrato with improved dynamics. 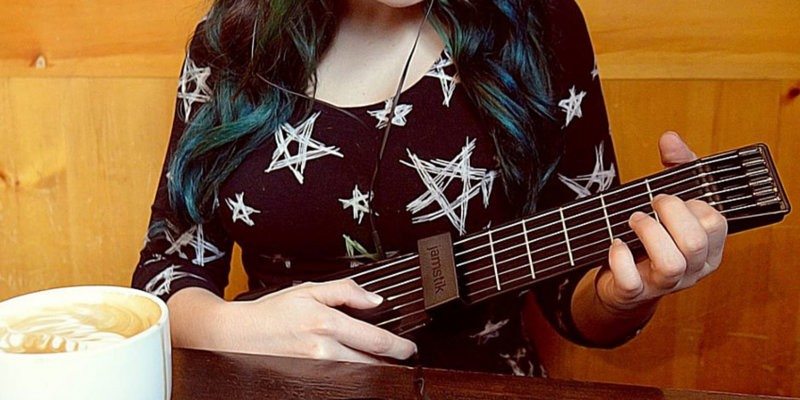 Having surpassed it’s original Kickstarter goal by over 10 times, you can assume how popular this SmartGuitar is. Available in three colors, you can pledge your jamstik+ now for just $299. Let’s rock it guys and fulfill that dream of playing a guitar like a pro. Happy Gadgeting!