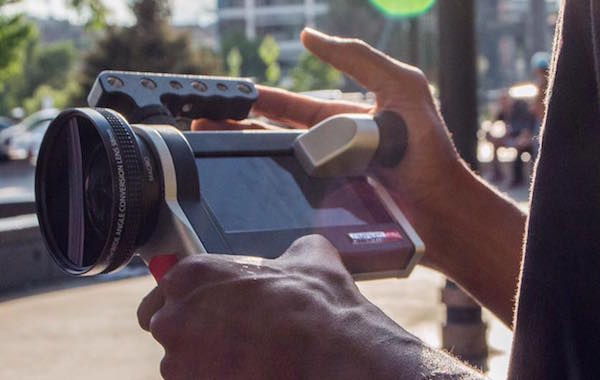 If you’ve ever taken advantage of your iPhone’s ability to capture video, you might have come to a couple of conclusions. Firstly, Apple’s handset takes great video. The quality is certainly good enough to start a wildly popular YouTube channel. Secondly, the phone’s reflective screen, unfortunately, makes it impossible to see what you are recording in anything other than muted light. To rescue the situation, a group of filmmakers, who go by the name of Lumerati, have created a pistol-grip video mount for the iPhone, complete with a digital viewfinder and an interchangeable lens system.

The CS1 (Cinematic Smartcase 1) mirrors the style of the 1980s Super 8 cine cameras which first brought videography to the masses. Obviously, this is partly for the purposes of retro charm, but the device is meant to be a genuine aid for iPhone videographers. After slotting in your iPhone as if loading a film cartridge, you then hold the CS1 by its vertical grip for a steady shot. An unhindered view of the action is provided through a viewfinder that redirects a small portion of the iPhone’s display into an eyepiece. To record footage, you simply hold down the trigger-like record button. 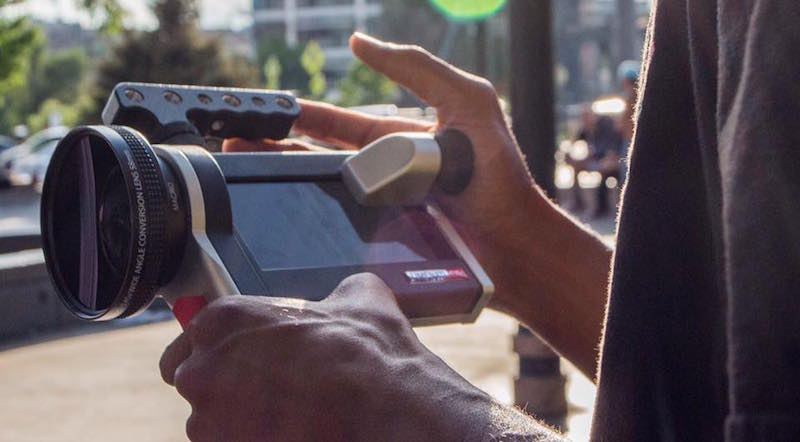 As the iPhone sits side-on in the device, the CS1 uses mirrors to redirect light into the camera. Exactly what it captures can be adjusted with a range of specially made screw-in 58mm lenses, including fisheye, macro and telephoto models. On the top of the device, there is a mount for adding accessories, such as an external microphone or an action grip. The bottom of the pistol grip offers a tripod mount.

The hardware is designed to work in combination with Lumerati’s upcoming app. This provides the necessary display for the viewfinder to work properly, as well as live filters, and a suite of video editing tools. 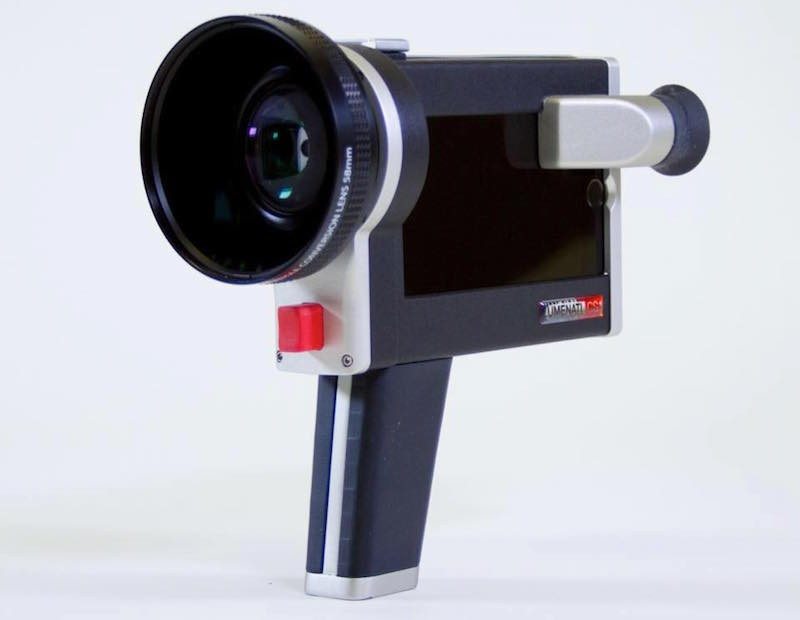 At present, the CS1 is at the prototype stage, and Lumerati are raising funds on Kickstarter to put it into production. Early backers of the project can still (at the time of writing) pre-order the device for $199, to include the .45 wide-angle lens and a screen wipe. Delivery is scheduled for next February.