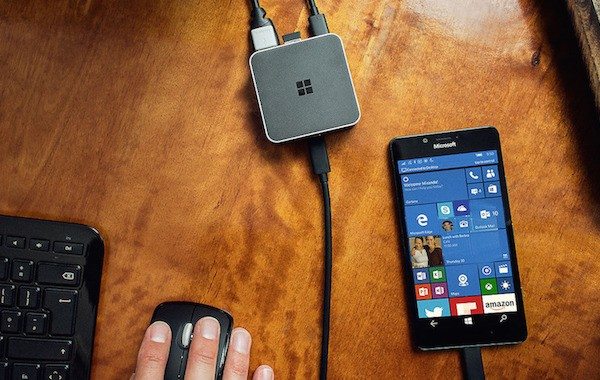 There was once a distinction between mobile and desktop devices, but the line has blurred in recent times. For instance, it is now difficult to tell what is a laptop with a touchscreen, and what is a tablet with a keyboard. Microsoft is clearly aiming to make that distinction even more hazy with Windows 10 — an operating system that works across multiple screen sizes — and the announcement of two new smartphones this week. But the software giant also showed off a new accessory, named the Display Dock. It is designed to allow owners to connect their phone to a monitor, and use it as a regular PC. 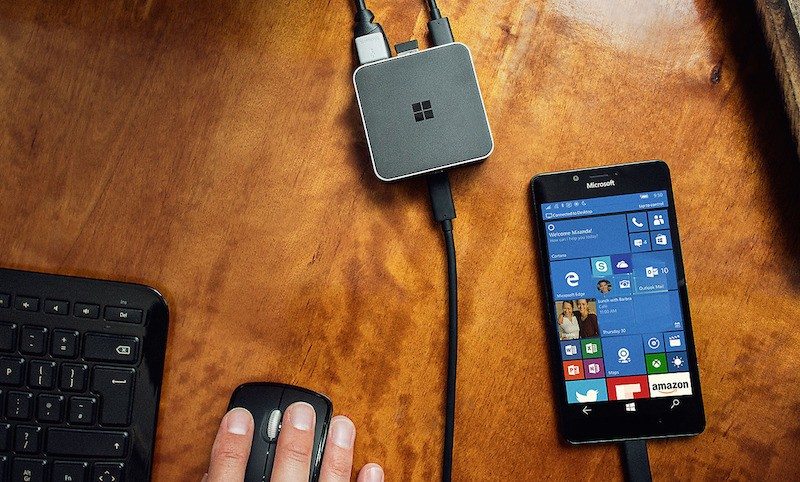 The ability to morph between platforms, a feature named Continuum, is built into Windows 10. The Display Dock simply provides the hardware support. Ironically, it looks much like an Apple TV — a black, largely featureless box with an array of ports. You plug your phone into the single USB-C port at the front, and your monitor into one of either the HDMI port or the DisplayPort. This combination can support video output at 1920×1080, at a smooth 60 frames per second. Three standard USB ports at the rear are available for a mouse, a keyboard, and any other peripherals you might wish to use. 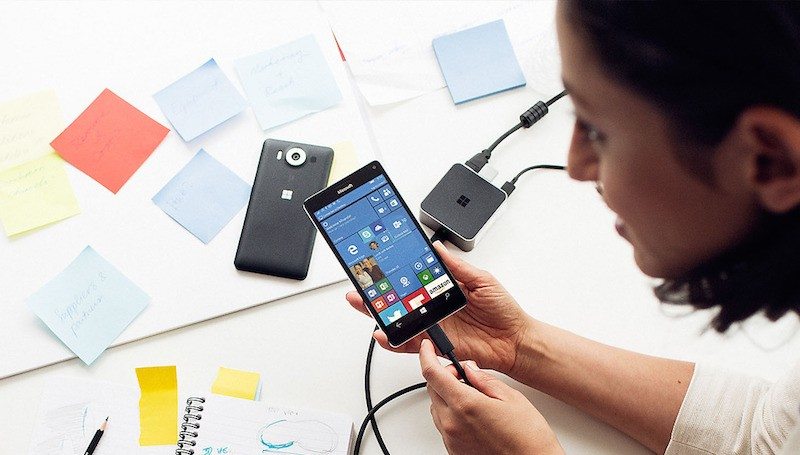 With this all set up, you can begin to surf the web and create documents in Office as if working on a desktop machine. With a Snapdragon processor and 2GB of RAM under the hood, the Lumia 950 and 950+ are capable devices that seem able to run Windows 10 without noticeable delay. There are limitations — it is unknown quite how many apps will support this form of Continuum, and you can only use one desktop app at a time. For basic tasks, however, the Display Dock seems like a worthy replacement for an underpowered netbook.

Somewhat frustratingly, Microsoft has made no mention of the eventual release date and price for the Display Dock. However, given that retail-ready models were on show at the Microsoft event, it seems likely that general release can’t be too far away.