Smart Egg Turns Your Phone into a Universal Remote

As home entertainment gathered steam in the mid 1980s, three Philips engineers produced something remarkable: the universal remote control. Putting complete control in one handset was pure genius; unfortunately, the bewildering array of buttons made the reality far from perfect.

Now, the technology is truly starting to deliver on that early promise. Smart Egg is a stylish new accessory that allows the user to control everything, from sound systems to air conditioning, via their smartphone.

To make this possible, the Egg has Bluetooth and infrared connectivity. With the companion app installed, the user simply selects the device they want to control. Only the relevant controls appear on screen — play/pause/eject for Blu-ray players, temperature dials for thermostats, and so on. Commands are then sent to the Egg via Bluetooth, before being bounced to appliances via infrared. 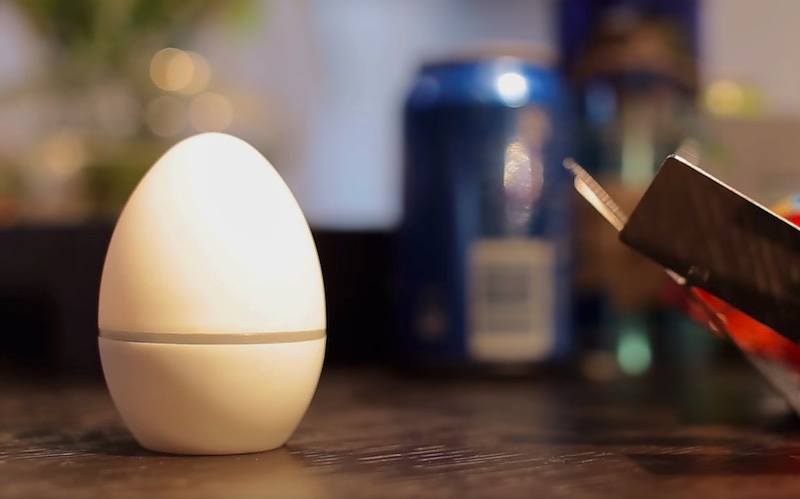 The app has a database of 120,000 devices, but the Smart Egg can “learn” any other IR code it encounters. This means the system is compatible with all devices that can be controlled remotely, allowing users to skip through TV adverts and start an overhead fan from one app.

[tweet_box]Smart Egg allows the user to control everything, from sound systems to air conditioning[/tweet_box]

In addition to manual control, the Smart Egg brings its own intelligence. The device can automatically trigger appliances at set times, and the Egg uses Bluetooth to track your movements, turning off devices when you leave the house. It can also record the temperature of your home, and automatically mute any sound when someone calls you. 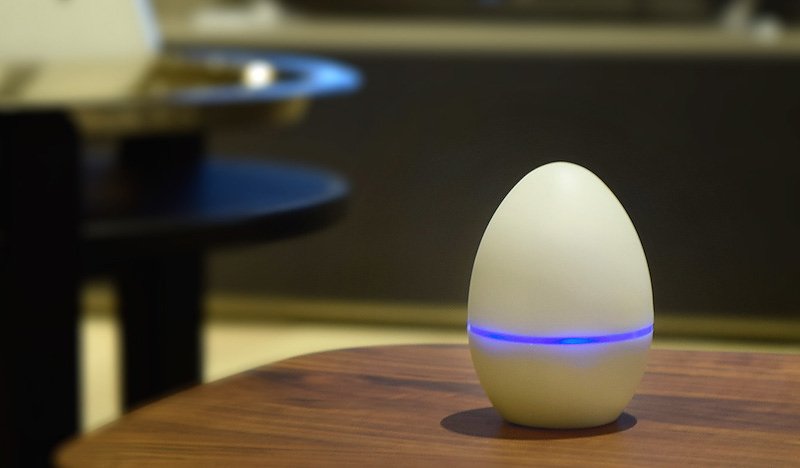 Connecting smartphones to infrared devices is not strictly new, but Smart Egg’s home automation abilities set it apart. After successful Kickstarter and IndieGoGo campaigns, the Smart Egg is now available on pre-order for $69. Even at the expected retail price of $89, this clever device looks really impressive.

How many devices could you control around the house with the Smart Egg?