This military-grade Galaxy S20 case can handle almost anything

You did it. You went out and got yourself a new Samsung Galaxy S20 Series phone. There was no way you could resist all of that new tech in a sleek package, and you were due for an upgrade anyway, right? Right. But, now that you have it, you have to make sure your investment is safe and secure. You just spent a lot of money on that new phone, and the last thing you want to do is scratch it or break it. What you need is a military-grade Galaxy S20 case. 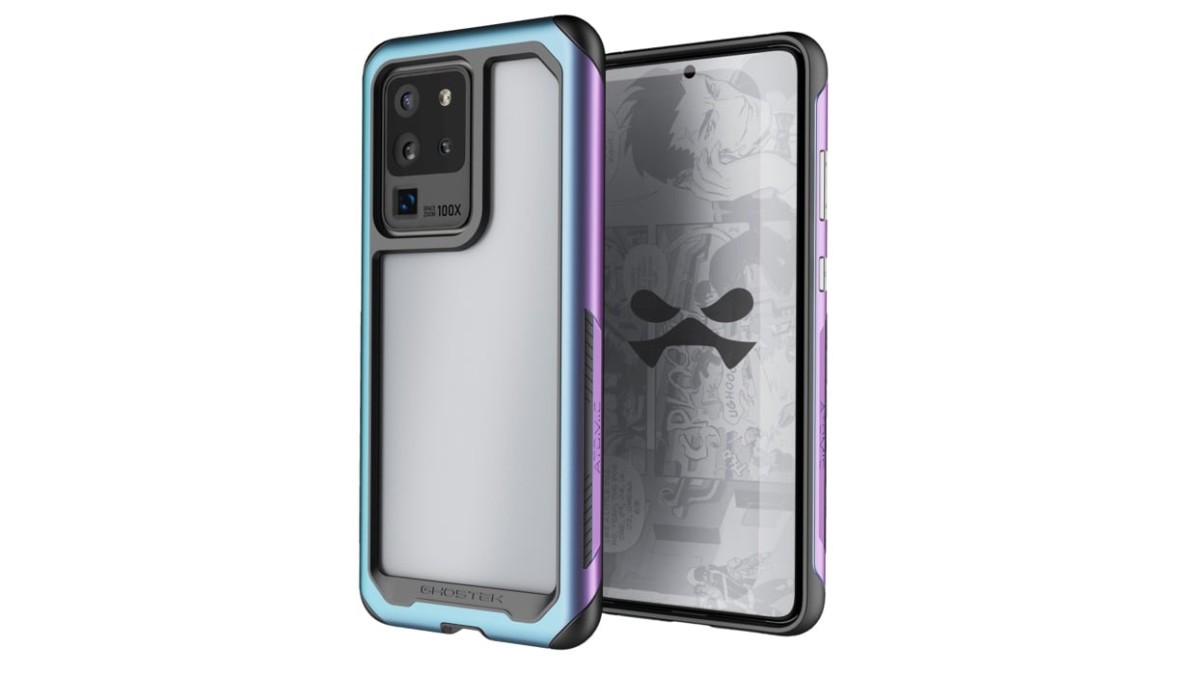 Lucky for you, there’s Ghostek. They know you’re rough on your phone—unintentionally, of course—so they’ve created cases that withstand, well, you. Their military-grade Galaxy S20 cases will keep your phone safe no matter what you throw at it.

But let’s be realistic. You’re totally going to break all of those promises to yourself. After all, your phone is meant to be used. This time, get a Ghostek case and don’t worry about your nephew winging it off the side of the couch when he can’t get Ryan’s Toy Reviews to load on YouTube. 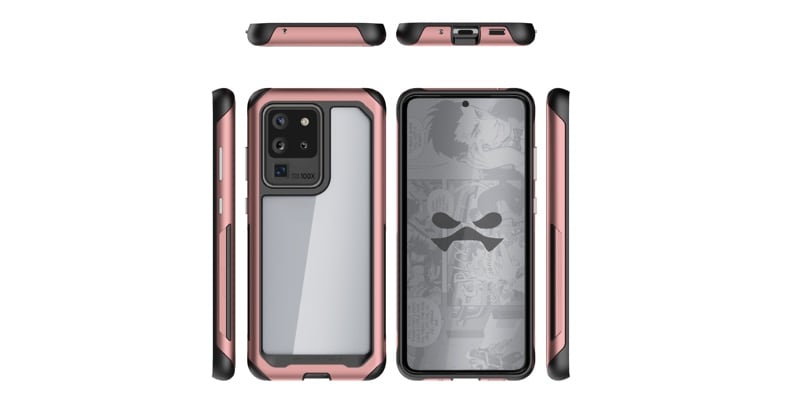 These S20 cases are built to take a beating

Ghostek S20 cases give you two great options for your phone: the Atomic Slim and the Covert. And the Atomic Slim has features for days. It has a—you guessed it—slimmer profile than the Covert case. So if you’re tired of having a bulky case, that’s the way to go. And, best of all, it doesn’t compromise on quality.

Are you a person who has to have the best? Do you spend hours comparing things to make sure you’re getting the best price with the best, most-advanced features? Well, we’ve done the legwork for you by bringing you the Atomic Slim S20 case. You can get this case in pink, black, or red. So, even with all this advanced tech, you can still have a little personality. Just because it’s military grade doesn’t mean it has to look like something from the military. 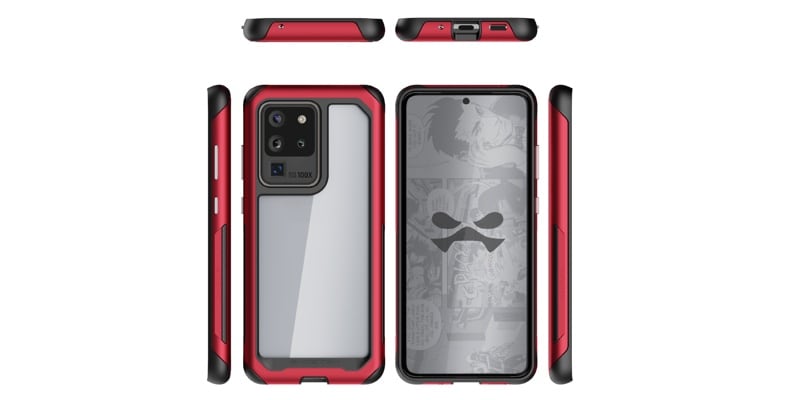 The Atomic Slim has advanced technology

You really, really, really don’t mean to be rough on your smartphone. Truly. But it happens. We get in a hurry or we let the toddler play with it because we can’t stand the sound of their whining anymore. Or your clumsy buddy picks it up to look at something. As much as we want to, we can’t control all the variables, and we slip up after we’ve had our phone for a bit.

That’s why the Atomic Slim has a military-grade metal shield and aluminum bumper. It also has advanced R7x and extreme shockproof technology. You can drop your phone from a height of twelve feet, and it will be okay. And if the toddler in your life can throw your phone farther than twelve feet, well, you should be getting them into a baseball program ASAP so you can cash in on that arm.

If you’re not looking to completely hide your phone, you’re in luck. The Atomic Slim as a pure clear back that’s hardened and scratch-resistant. Plus, the raised-edge bezel is going to protect your phone if you drop it face down. You’ll also have a camera guard and a screen guard. Even better? You get all this protection, and you’re still able to charge your phone wirelessly. That’s unlike other thick cases that protect your phone but don’t allow you to use some of the cool features like Qi. 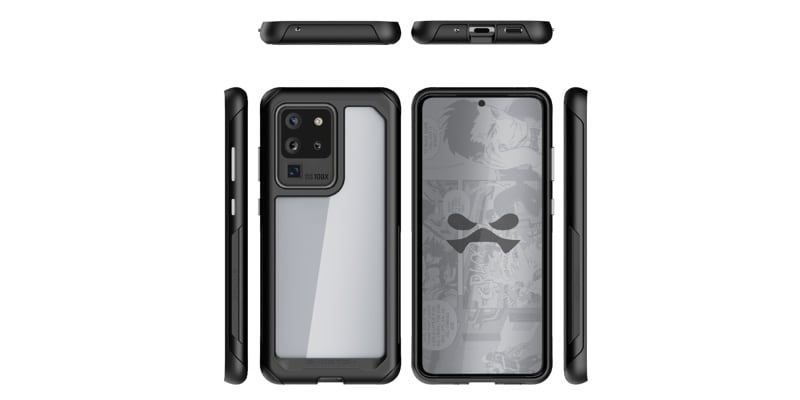 Maybe you want protection, but you don’t want to spend as much money. Or you don’t think you need quite as much protection as the Atomic Slim offers. The Covert is the case for you then. This case comes in clear, pink, and smoke, so you’ll still have stylish options.

The Covert case can withstand you dropping it

Don’t worry if you have a case of butterfingers and drop your phone. The Covert case can handle drops of up to eight feet. And, let’s be real, when are you dropping it more than a few feet? You’ll have R2x shock-absorber tech, and you’ll also have a secure hand grip with a non-slip bumper to help you keep a better handle on your Galaxy S20.

Next time you’re watching that YouTube video or something on Netflix, you can use your handy dandy incorporated kickstand to prop your phone up, so your hands are free. And you’ll also be able to use your Qi wireless charging feature with this case. There’s even a camera border overlap, so that fancy camera that comes in your S20 is kept pristine. Because one of the reasons you bought your S20 was probably for that amazing camera.

Now that we’ve sold you on how awesome these cases are, you want one, right? Of course, you do. And the best thing is that you don’t have to pay an arm and a leg to get yours. Just head on over to Ghostek’s website. The Atomic Slim is only $39.98, and the Covert is only $14.98. How’s that for a deal?