Nomiku 2.0 And The Smart Kitchen Revolution 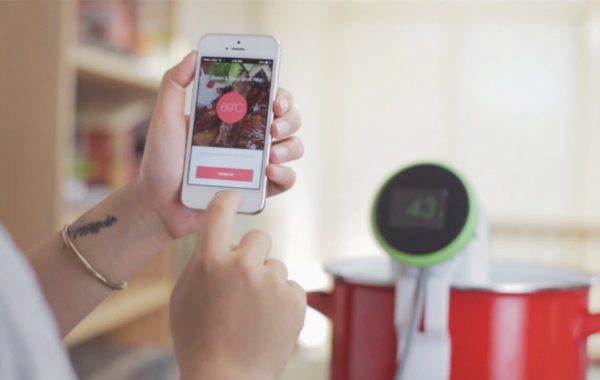 Whether you fall into the category of seasoned vet, kitchen newbie or somewhere in between, translating a pile of raw ingredients into an impressive, well-cooked, flavorful end product is a real challenge. For as long as we’ve had kitchens, chefs have been revolutionizing and re-revolutionizing the way that we prepare and love and labor over food.

One such revolution was sous-vide: a method of food preparation that involves cooking ingredients in a vacuum-sealed plastic bag in a bath of water that remains at a constant temperature. Sous vide is a popular method amongst the culinary elite due to the fact that it allows one to cook food thoroughly without drying or charring it.

The problem with sous vide is that it typically requires an arsenal of rather expensive equipment to achieve the desired results. Keeping water at a consistent temperature is a feat much harder than it sounds and demands a sensitive heating element that can essentially monitor itself. The extreme specificity and cost of such equipment has kept sous vide essentially out-of-reach for small or personal kitchens. 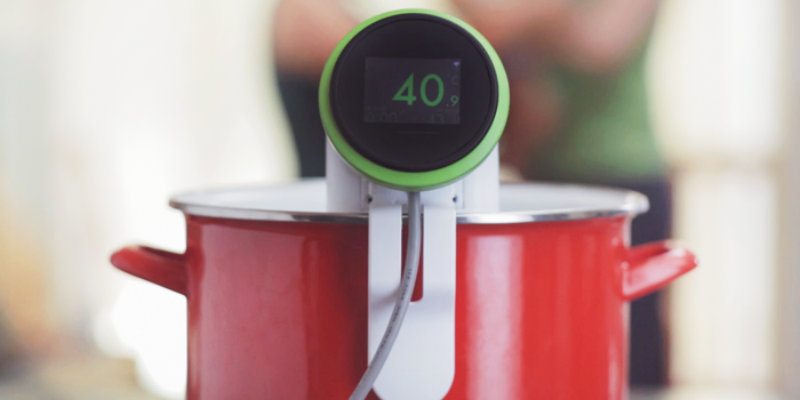 Born of the desire to bring the brilliance of sous vide to the masses, Nomiku first came to the world via a Kickstarter project from Lisa Fetterman and a small team of dedicated humans in July 2012. Following successful funding and a few learning experiences, the team behind Nomiku has come back for more and have just wrapped up a second successful Kickstarter for the brand new Nomiku 2.0.

Building upon the lessons learned from the first Nomiku immersion circulator device, Fetterman & co. have made great strides in the design and functionality of Nomiku. Smaller and more powerful than its predecessor, Nomiku will also be available in more colors, thanks to the funders who helped push the project to its ‘reach goal’ of $750,000 (a full $550k over its original goal of $200,000).

The new Nomiku is Wi-Fi enabled and designed to work with an app called Tender, which will allow users to share recipes and control the device from their smartphones. See a recipe for duck that you’d like to try? Just attach the Nomiku to your pan, prep your ingredients in a plastic bag, submerge in the water bath, then tap and you’re on your way. 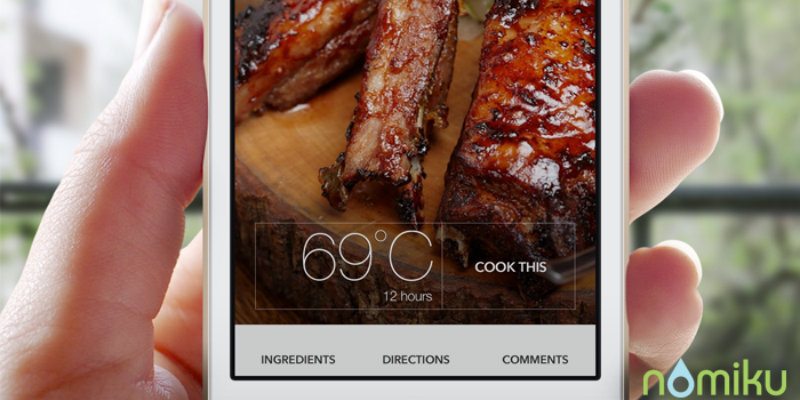 Nomiku and a host of other smart devices are bringing the idea of ‘home cooking’ to a whole new level. Through our connected kitchen devices, we learn more about our ingredients, are better able to keep track of the preparation process, and can more effectively monitor the magical process known as ‘cooking’.

Whether you’re a top chef or simply a kitchen enthusiast, smart kitchen devices may very well be the secret to unlocking your culinary potential. Interested? You can still pre-order the new Nomiku device for $199 on their site.