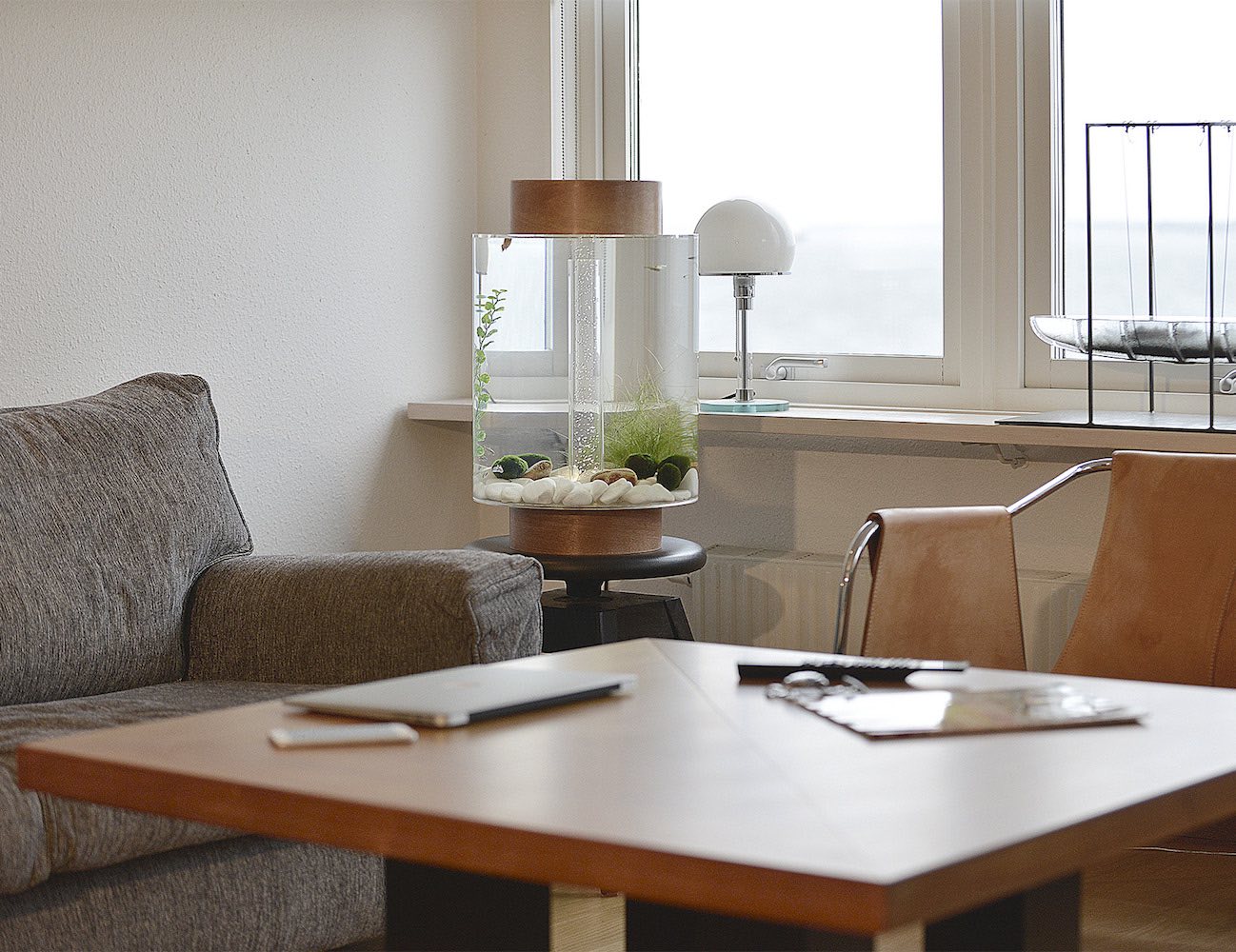 No artwork can match the beauty of a shoal of fish. It is hardly surprising that so many people choose to bring aquatic life into their homes. But from a fish’s perspective, a tank should be a stimulating place for living life, not the featureless glass bowl that so many poor fairground prizes have to swim around in. A new tank named Norrom suffers from no such blandness, thanks to a Swedish design that puts fish first. It also features an innovative lighting system, and customizable parts that can even be 3D printed at home. 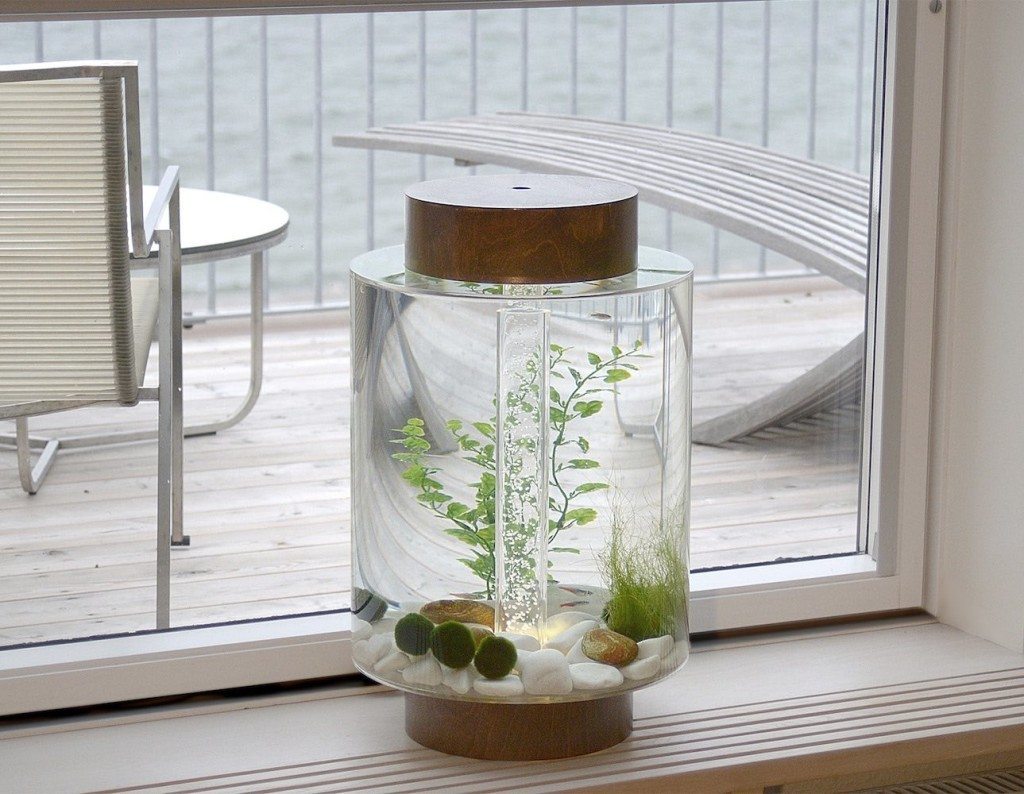 Freshly launched among the many projects on Kickstarter, Norrom is a 40-liter cylindrical playground for freshwater pets. Through its center is a vertical tube, which serves two purposes. The first is filtration — water is biologically, chemically and mechanically treated in the base of the tank, before the fresh bubbles emanate up and out of the top of the tube. But the tube is also a key part of the tank’s lighting system, which has been designed to avoid the usual inconvenience of cables being attached to the lid of the tank. 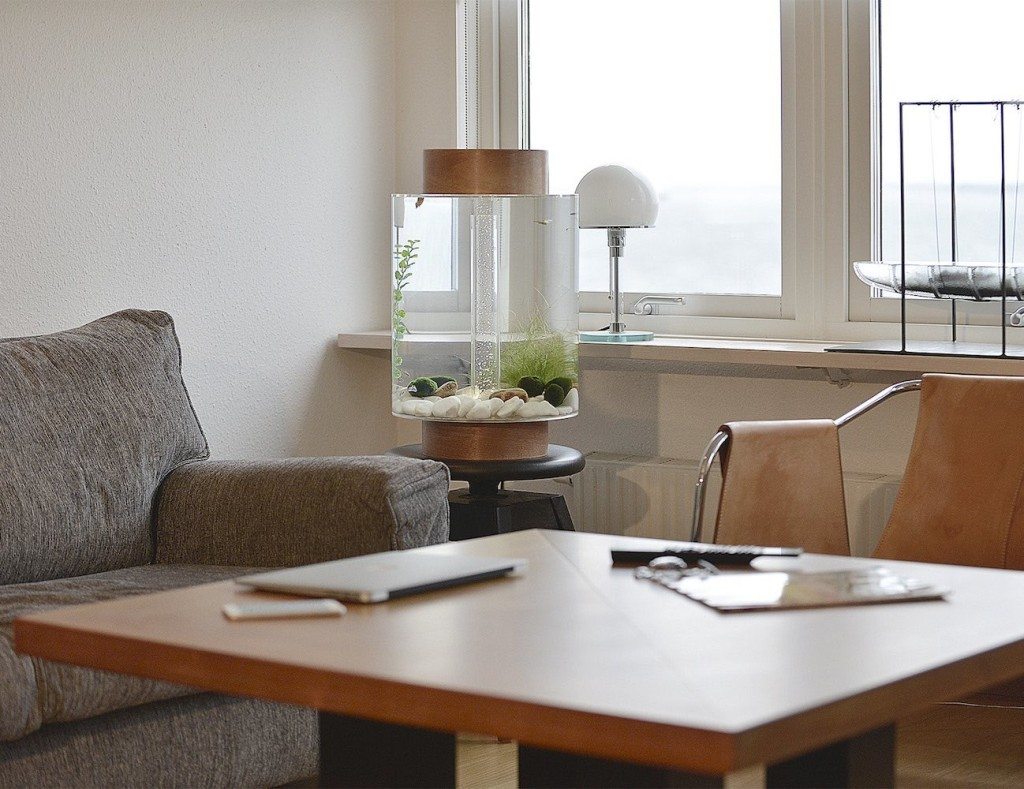 Instead, the Norrom has LEDs embedded in the base section — thus allowing the cable to feed in here — with the 500 lumens of light they emit being carried upwards and outwards by the tube. 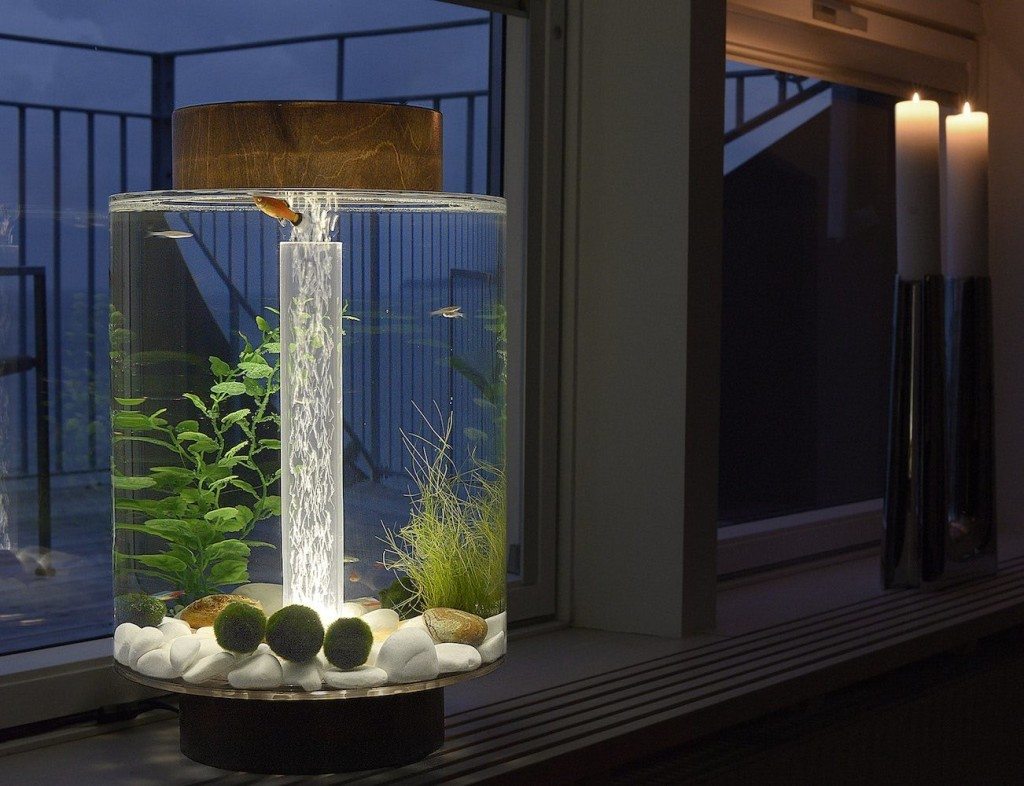 The lid and the base come in numerous styles, including premium woods, but you can also choose to 3D print these parts yourself. As the lid is nothing more than a cover, you could easily swap designs in and out. 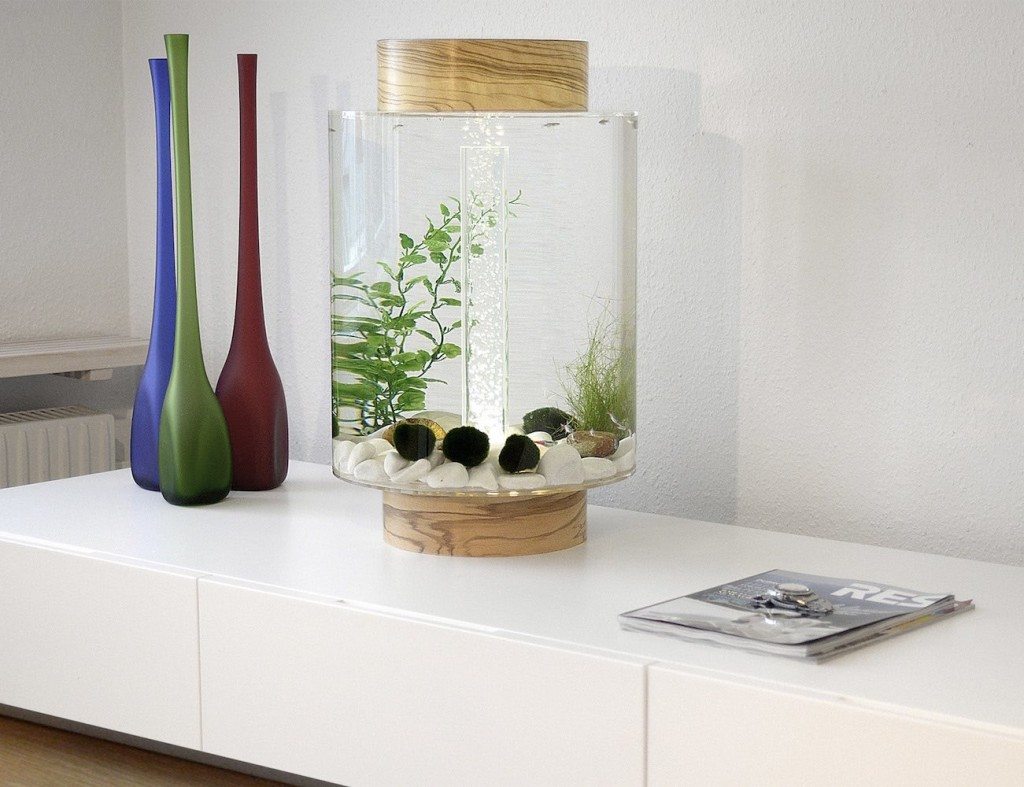 The Norrom will initially only be available in the UK, with Kickstarter pledge prices starting at £296 ($451). The price includes all the equipment needed to get started, including stones of your preferred color. Shipping will commence in May.

See Norrom.com for more about the tank.