Virtual reality headsets are popping up everywhere as forward-thinking developers and well-known brands partner with each other to deliver gadgets that change our expectations about what’s possible when getting lost in video games. Recently, Occipital’s Bridge virtual reality headset joined the field of high-tech gadgets. Let’s take a look at what makes it so notable.

It Integrates With Occipital’s Structure Sensor

The Structure Sensor was Occipital’s first product, and it’s become wildly successful. As the name suggests, it’s a strip of sensors and cameras that can map out environments and objects with incredible detail. The Structure Sensor sits at the top of the Bridge headset and turns three-dimensional scans into usable digital models. These three-dimensional scanners also have depth awareness and can tell where you are in space, then adapt what you see.

That means instead of merely staying in one place while playing a virtual reality game, you could walk through a virtual landscape while wearing the Bridge headset. This feature not only proves how well Occipital’s products work with each other but gives a thoroughly immersive experience that was not possible with older technology.

The Bridge headset is marketed as a product that offers users “mixed reality” experiences that blend what’s real and things that only exist in the imagination. To accomplish that feat, the headset includes a camera lens attachment that offers a wider view of the things you see.

The headset also includes built-in technology that adjusts the frame rate of what you’re viewing, first predicting how fast you’re moving from one frame to the next, then synthesizing what you see until the next frame arrives. The result is a smooth, sharp visual experience. 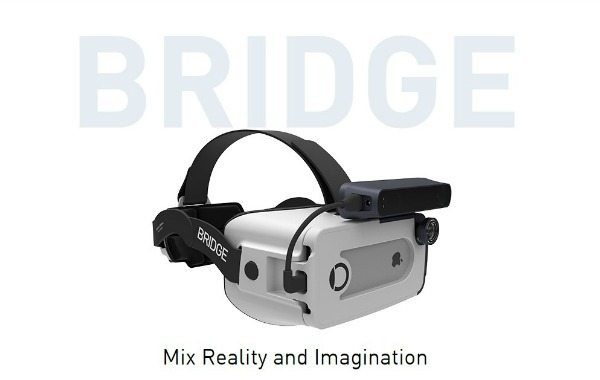 It’s Made for the iPhone

The Bridge headset is built for the iPhone 6, 6s and 7, and iOS 9 or above. The fact it’s compatible with such a widespread smartphone could play a huge role in making virtual reality gadgets more accessible.

As has become clear recently with the Internet of things, successful technologies are those that adapt to the needs of people and companies that need them. Statistics indicate the Internet of Things will generate about $19 trillion by 2020, and that profit is largely due to its success in the health care industry.

The Bridge headset relies on in-the-moment data, too, except to create detailed virtual landscapes. It could also be said Occipital made a smart decision by making its buzz-worthy VR headset available on a very popular platform.

Now, even people who are mildly curious about virtual reality can give it a try on equipment they already have. The company found a way to market its technology to the masses in the same way companies associated with the Internet of Things posed technological solutions to the health care sector.

Many people who have tried the Bridge headset assert its true strength lies in unlocking opportunities for developers. The Bridge Engine is a development tool that allows developers to create their own mixed-reality experiences. It runs at 60 hertz and uses predictive technology, plus advanced tracking capabilities to keep real-world objects synched with virtual worlds.

Because the Bridge has inside-out positional tracking that responds very quickly to movement, developers should find it doesn’t suffer from extended tracking loss. Furthermore, developers get access to Bridget, an open-source robot created during the early stages of the Bridge headset, and can explore ways to use her to close the gap between fantasy and reality, either by giving her new capabilities or inserting her into their virtual worlds.

Clearly the Bridge headset appeals to tech enthusiasts and serious developers alike. This is just an overview of some of its most impressive features. The future should be especially exciting as we wait and see how innovative users harness the Bridge headset’s power for their own means.

It’d be super neat to see Bridge team up with Nintendo to bring an even more authentic augmented reality experience to Pokemon Go. It’s the perfect VR headset for it, am I right?

What would you want to use Bridge for? Tell us in the comments section below!