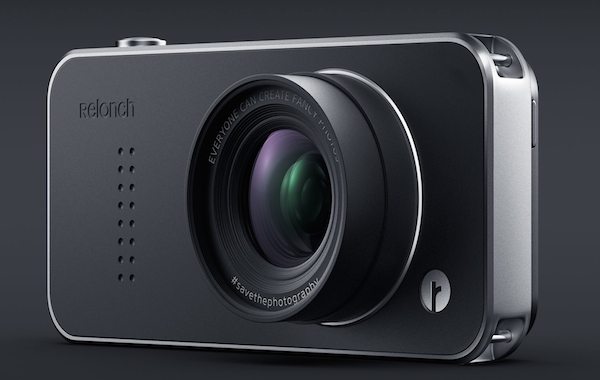 Is it an iPhone or is it a digital camera? It is both, and simply put, it is an amazing idea on the combination of two pieces of popular consumer technology. There are certainly accessories one can attach to Apple’s smartphone to give it some camera like functionality, and the built-in photo taking capabilities of the iPhone itself are decent, but what the Relonch Camera proposes seems to take things to a whole new level.

To get things working with the Relonch, you simply insert your iPhone directly into the built-in slot on the body of the former and the camera switches on automatically. That’s it, which is way cool. No need to hassle with connecting it via Wi-Fi or Bluetooth, which is what you often need to do today with digital cameras when you want to get photos off of them and onto the Internet. All of this is instead handled through your phone and the on-screen app as the images you take are saved to the iPhone’s Camera Roll and uploaded to the cloud while you shoot. 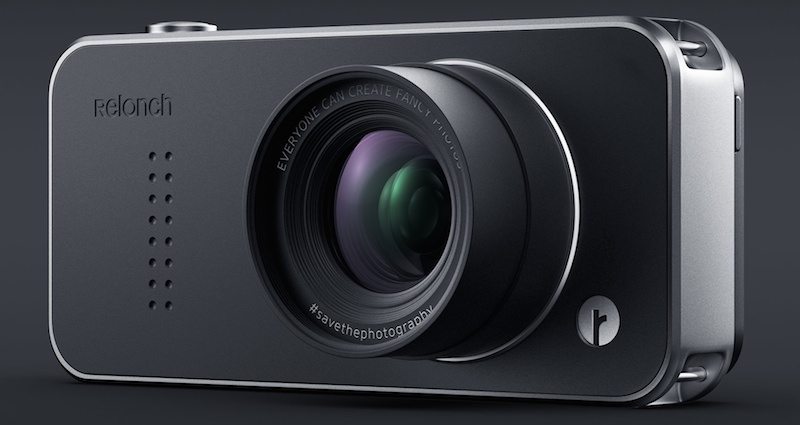 The Goods For The Good Photos

Though detailed technical specifications of the Relonch were not available as this article was published, what those behind the Relonch promise it will offer in terms of features is pretty impressive at first glance. This includes a shutter button, a big APS-C-size sensor, a normal lens with large aperture and what’s described as “a unique image processing algorithm.” This latter item reportedly helps make it so your digital camera/iPhone hybrid device has no need for filters or additional editing.

What this means in the practical sense, according to the Relonch team, are photos where the accent is on the main object, there are balanced soft tones, precise sharpness and nice contrast, among other digital image enhancements. All of these touches fall under what’s termed  “Fancy Photos,” which is the designer’s way of saying the images will be of “magazine-class” quality. Should you want to somehow enhance them ever further, a special built in “guru” option you can launch will offer voice advice on how to get an even better shot. 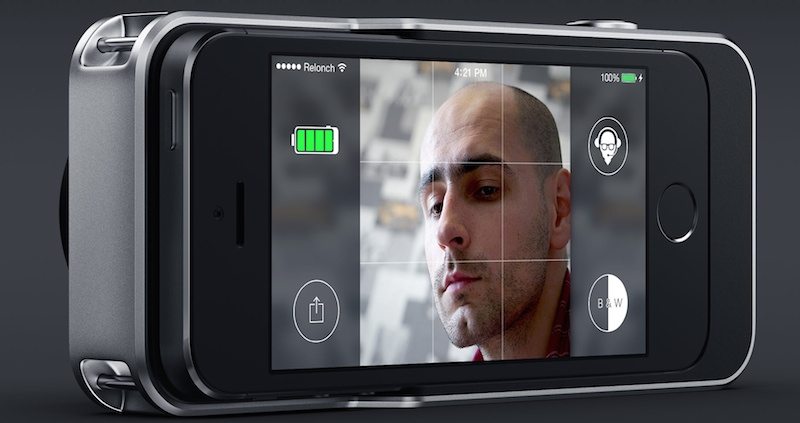 Now there is, of course, a price to pay for such ease of convenience and digital wiz-bang know how in a device like this. The Relonch Camera, which currently won’t be available until sometime in late 2015, is pricing at almost $500. That, on top of what you already are paying Apple and your cellular provider for your iPhone, might be a touch hard to swallow altogether. Also, this will only work with the iPhone 5 and 6 models given it sports a Lightning connector (an iPhone 6 Plus model is reportedly in the works).

Still, if you want the promise of high quality photos and prefer carrying a one compact design device versus an iPhone and a big old digital camera, this may well be worth the $$.