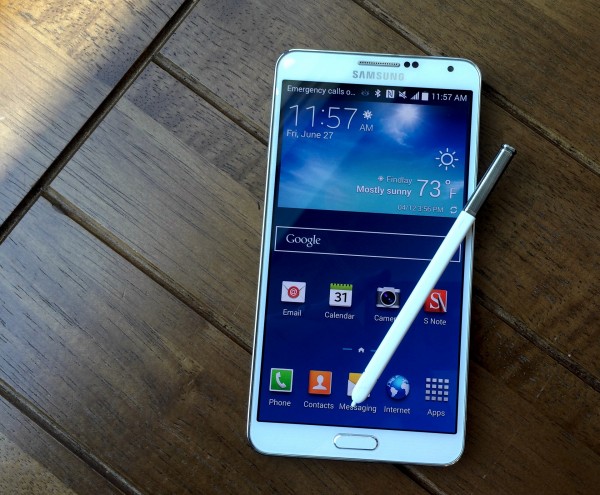 If you’ve been aware of the smartphone technology lately, you know about the big Apple announcement that seems to end all announcements: the iPhone 6. Or in my case, just another Apple smartphone. I wasn’t that impressed with the announcement; the iPhone 6 certainly isn’t worth waiting outside a store for days. All the other companies have felt the pressure of the massive success of the iPhone 6, especially Samsung. Samsung is Apple’s biggest rival in the smartphone industry and they have a new device to compete directly with the iPhone 6: the Samsung Galaxy Note 4. Is the Note 4 a proper competitor or just another boring smartphone? Let’s find out! 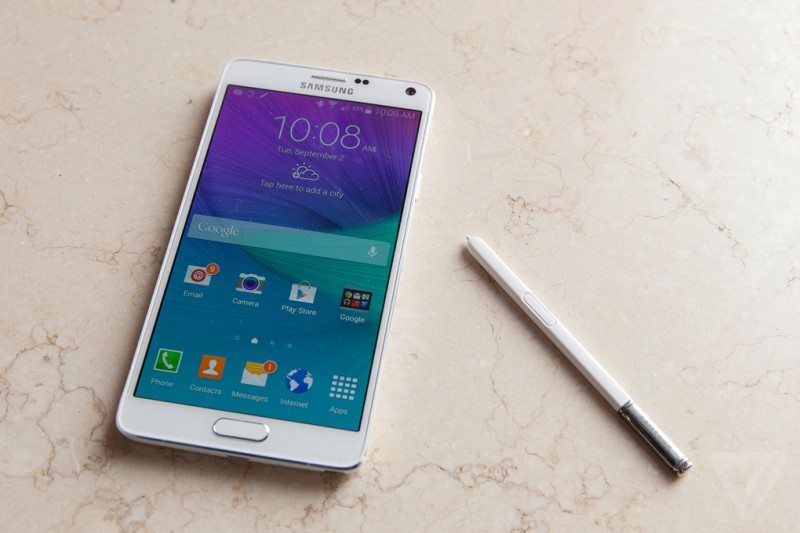 If you saw the Note 3, you won’t be surprised by the form factor: it’s basically the same thing. The only difference is that the Note 4 has a more premium finish with some metal around the edge as opposed to just a chrome plastic. The result is a more comfortable device and, with such a big screen, more comfort is definitely needed and Samsung’s recent smartphones, such as the Galaxy Alpha, are geared towards more premium designs; a welcome departure from the unashamedly plastic predecessors.

Now, as most smartphone manufacturers are following a trend of enlarging their smartphones, Samsung has taken a slightly different route. Rather than just putting a bigger screen on the Note 4, Samsung has decided to improve the quality of the screen. It’s now a QHD Super AMOLED display, still my favorite screen technology, that has a fantastic 500 ppi so you get stunning color contrast and wonderfully sharp images. 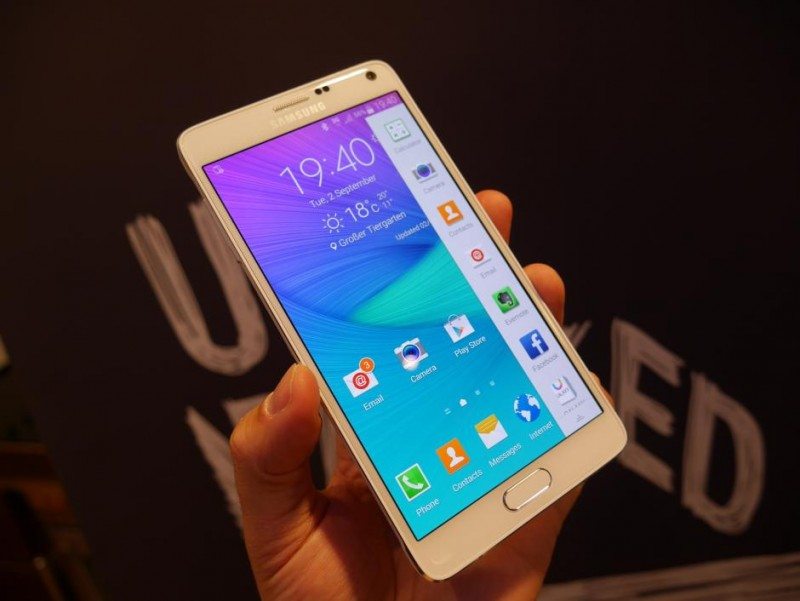 The Note line of smartphones has long been Samsung’s powerhouse; they usually get the best hardware available to Samsung at the time and the Note 4 is no different. A Snapdragon 805 with 3GB of RAM makes sure the Note 4 can handle anything you can think to throw at it. Additionally, a micro SD card slot that will support cards up to 128GB is a great feature; one noticeably absent on the iPhone 6.

It also has a fingerprint sensor, a 16MP camera, and USB 3.0 to allow for quicker transfers and faster charging. Samsung is still using its TouchWiz software skin which also includes the amazing multi window function; one of the best software features ever. And don’t forget about the S Pen. The software involved has been improved and upgraded since the Note 3 so you can bet on things like better handwriting recognition. All of this to say: the Note 4 should not be overlooked and if you care about getting the best smartphone for your money rather than just the most popular option, definitely consider the Note 4 before you settle for the “cool” option.