You can now get SpaceX Starlink internet with speeds up to 1.5 Gbps for $99

SpaceX's Starlink is currently delivering an internet beta service for domestic and international uses. In today's article, we'll be looking at some of the key features you expect, including speeds and latency rates. 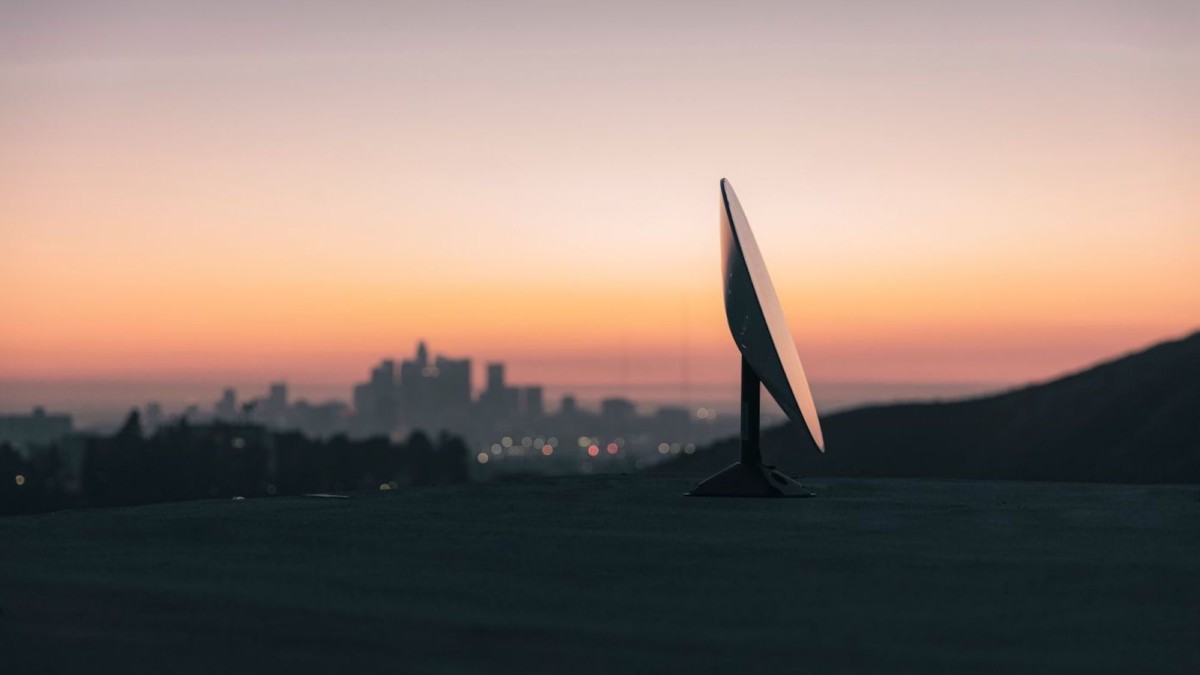 SpaceX Starlink internet is ideal for rural and remote communities. In particular, it’ll target areas around the globe that typically have a challenge with connectivity. In fact, Starlink can deliver a high-speed broadband connection to locations where it would otherwise glitch or be unavailable. And where you live can determine if you’re accepted, with SpaceX prioritizing those with reduced connections currently. For example, if you live in Orlando, the estimated setup time is mid to late 2021.

Starlink employees have worked closely with astronomers to preserve the night sky. What does this mean? Starlink will move with the satellite knife-edge to the Sun. The benefit of this is minimizing Starlink’s impact on astronomy. SpaceX will accomplish this by adding a deployable visor to the satellite that blocks sunlight from hitting the brightest parts of the spacecraft.

According to SpaceX’s website, Starlink will have a low altitude compared to other communication satellites. This helps to minimize the latency of the signal between the satellite and the users. The satellite will also feature a high reflectance to remain cool in space. So when sunlight hits the surface of the spacecraft, the light reflects in a mirror reflection direction toward space. 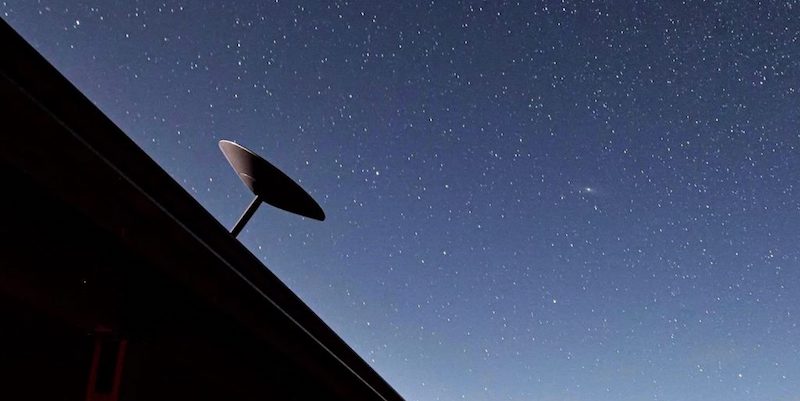 Perhaps the standout feature of Starlink is its low latency. In fact, Starlink satellites are over 60 times closer to Earth than traditional satellites, which produces this lower latency. In fact, Elon Musk will create a constellation of up to 40,000 satellites to beam high-speed internet service down to Earth.

SpaceX Starlink might even be able to support services that a traditional satellite can’t. In particular, Starlink promises a latency between 20–40 ms in most locations over the next several months. But the company also states that there might be brief periods of no connectivity at all. Most impressively, the beta testing presenting data speeds of 50–150 Mb/s.

With download speeds of 100 Mb/s often considered as fast internet, Starlink will be able to handle multiple online activities for various users at one time. And with speeds of up to 150 Mb/s, you’re likely to experience reduced interruptions in service.

In August 2020, Ookla conducted speed tests that shows a range of 11–60 Mb/s for download speeds, while the upload speeds ranged between 5–18 Mb/s. The latency tests showed 31–94 ms.

Do you need an internet speed of this capacity?

In 2019, only 10% of Americans don’t use the internet, which leaves the majority of people stuck behind their screens than not. In which case, you’ll want a fast internet speed. And with Starlink’s fast 150 Mb/s speed, you can conveniently stream HD videos on up to six devices at the same time. Or download a full music album in five seconds. With the capacity to do this, you’ll never have to preoccupy yourself with another task during downloads again.

The router and terminal cost is $499, plus a $99 monthly subscription cost. At the moment, there’s no information released about pricing for the UK and additional areas.

Easy to set up

Fortunately, Starlink is easy to set up, and you’ll receive a Wi-Fi router, power supply, cables, and mounting tripod. Starlink also requires a clear view of the sky to connect, and there’s an app to determine the best installation location for assistance.

History and future of Starlink

SpaceX launches the first batch of Starlink satellites on May 23, 2019, and the constellation exceeds 1,000 devices up to now. However, SpaceX plans to launch an additional 2,200 satellites within the next five years to offer a worldwide broadband service to cover all areas of the world—a feature we’ve yet to see from other internet providers.

Moreover, SpaceX recently shared that there are plans to offer an emergency backup for voice calls, affordable plans for low-income households, and a phone service. In particular, the voice service will be sold “on a standalone basis at rates that are reasonably comparable to urban rates”, SpaceX said. The company would also offer a 24-hour battery backup in the event of a power outage. Therefore, you can continue using your phone to make calls. 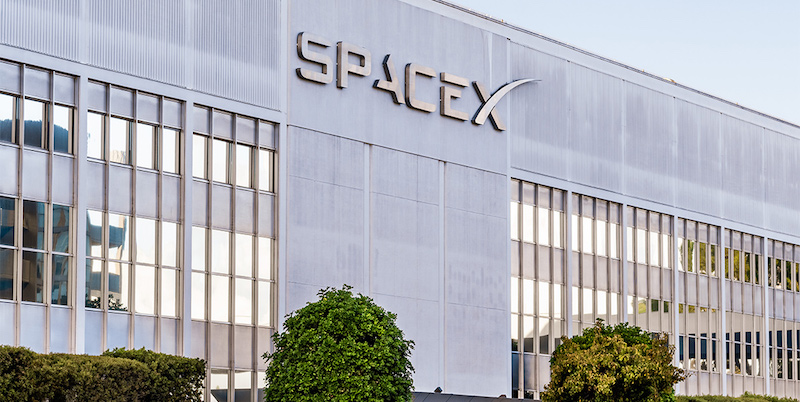 How does Starlink work?

SpaceX can talk about how great their new internet service is, but the proof is in how Starlink works. Starlink transmits data through lasers, which allows it move at lightspeed. In fact, there are claims that it’ll move at the fastest speed in the known universe. No wonder it can produce fast internet speeds.

The satellite operates along with a further four satellites. Elon Musk stated that the V.09 Starlinks won’t require any ground stations over the poles, due to the laser activity that transmits signals.

In summary, it’s expected that Starlink will be completed in mid to late 2021, and orders won’t be fulfilled until 2022. Since the public beta testing several months ago, Starlink has over 10,000 users in the U.S. and abroad. If you’re interested in this upcoming internet service, you’ll need to place a $99 deposit and enter your email address on the website. Although, Starlink’s website states that “placing a deposit does not guarantee service”.

At the moment, SpaceX is pending approval for February 13 and 16 launches. Once approved by the 45th Space Wing, a SpaceX Falcon 9 will be launched off from Cape Canaveral Space Force Base to carry Statlink satellites into Earth’s orbit. Furthermore, another Flacon 9 could lift off on Tuesday morning from Kennedy Space Center Launchpad 39A. This will continue with around 60 satellites.

The launch from KSC was delayed several times last week. The company said in a tweet that it needed “additional inspections before flying one of our fleet-leading boosters.”

What are your thoughts on Elon Musk’s latest product? Will you be placing a preorder? Let us know your thoughts and feedback in the comments.

Amy Poole is an Editor and Writer at Gadget Flow. When she's not indulged in everything gadget-related, she enjoys spending time with her dog, Rosie, and keeping fit.
Join the Discussion
Popular Blog Posts
Launching a Kickstarter or Indiegogo campaign soon? Read this first 10 Best tech gadgets you need in your life Must-have smart desk gadgets and office accessories Best PS5 external SSD drives out there for gamers Which drone should you buy in 2021?