Streaming Was Huge in 2020, but it’s Going to Get Even Bigger

Streaming is going to continue its revolutionary march in the years to come. As that happens, it's going to add an array of new features, products, and services, making our lives better. What we've seen in 2020 is but a glimpse of what's in store in the world of streaming. 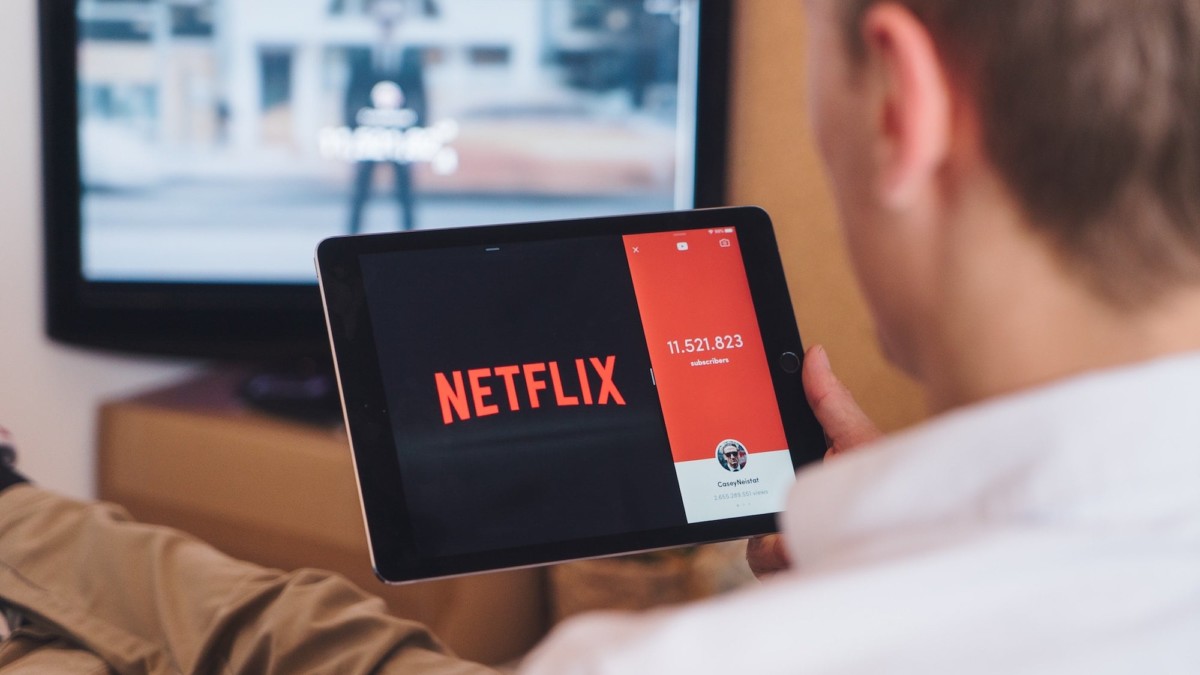 Ever since broadband internet became commonplace in homes everywhere, the number of sites and services piped through it has grown exponentially. But, in 2020, there was a perfect storm of growth in one particular category: streaming.

Now, when most people think of streaming, they think of Netflix, Disney+, Hulu, and other entertainment options. But there are many more platforms out there that use streaming to deliver products and services to users.

For example, the coronavirus pandemic introduced millions of new users to services like Zoom, which uses streaming to facilitate virtual conferences. And scores of doctors got in on the act by expanding telemedicine options while their practices remained closed. And, this year, more people than ever passed their time in quarantine by streaming video games from the cloud to the device of their choice. 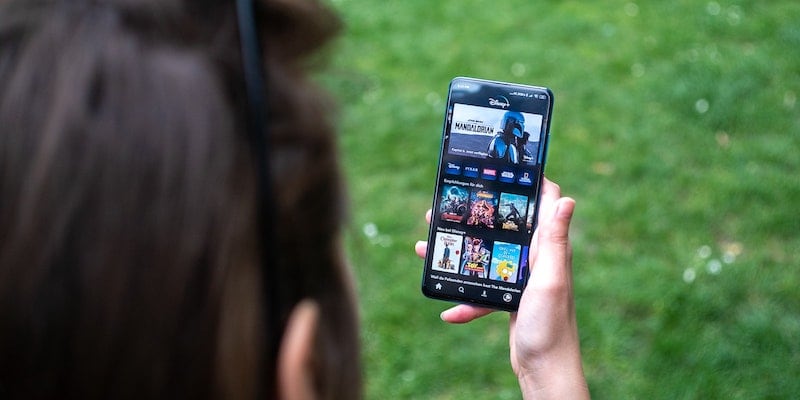 All in all, 2020 became a banner year for streaming of all kinds. And, because people have embraced it (sometimes out of sheer necessity), there will be a boom of streaming growth on the way that makes this year look like the stone age by comparison. To help you prepare for what’s to come, here’s an overview of how the growth and development of streaming will change things in 2021 and beyond.

On the entertainment front, 2020 saw streaming options grow faster than ever before. Notable additions to the many streaming services available included WarnerMedia’s HBO Max and NBCUniversal’s Peacock. But they weren’t alone. Another upstart called Quibi launched—and failed—within the year.

And, going forward, there’s a significant chance that Quibi’s story will be a cautionary tale for the streaming services that remain. The lesson it has to offer isn’t to avoid innovating (although we’re still not sure about Quibi’s bite-size clips). It’s that scale is more important than substance.

For that reason, 2021 should kick off the beginnings of a consolidation period in the market. Just as cable companies bought up regional rivals and then purchased media firms, expect companies like Netflix, Disney, and Amazon to look for ways to buy up smaller services to expand their reach. On top of that, there’s also likely to be a major increase in original content as the big platforms lose access to media owned by their competition. 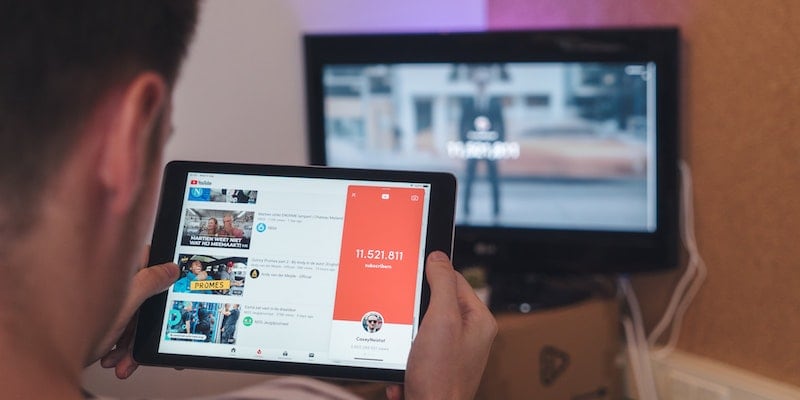 There was another side effect of the boom in streaming services and the boom in consumption caused by the pandemic. It was that Hollywood studios used the situation as an excuse to break the long-held arrangements of giving theaters long periods of exclusivity on new movie releases. Of course, theater chains are furious about that. But movie buffs should be ecstatic.

That’s because this should be the beginning of a new streaming movie age. It’ll be one where viewers will have unprecedented control over how they consume first-run films. Most new movies should have a simultaneous digital and theater release going forward, which is fantastic news for those who don’t enjoy watching movies with 200 strangers and their cell phones.

But it will also prove to be the beginning of the end of traditional theaters. In the years to come, digital movie releases will start making theaters as difficult to find as drive-ins are today. Some will remain, particularly those with IMAX screens and high-end DLP projection equipment, but they’ll be relegated to second-tier status as an option for only the most dedicated movie purists.

Ever since the original NES became the must-have game system in the early 1980s, game consoles have remained a staple in entertainment centers all over the world. And, in 2020, the new PlayStation 5, the Xbox Series X, and the Nintendo Switch battled it out for the hearts of gamers of all ages. And they kept a fair amount of quarantined people occupied in the process.

But, at the same time, something else happened, too. One by one, cloud gaming services like xCloud, Stadia, Luna, and others started chipping away at the console market. They offer the promise of playing the latest AAA games on any device without buying expensive hardware. And, going forward, that value proposition will eventually become the final word in the long-running console wars.

It may not happen overnight, but the combination of lower price points and increased flexibility make this a foregone conclusion. And, with the new H.266 VVC video codec coming along, cloud gaming services will soon offer identical graphic quality at a scale that will make consoles seem like a bad investment. Unless it’s the KFConsole, which could turn out to be the most important gaming innovation in a generation.

The Doctor Is Virtual

Although telehealth has been around for a while (1959, to be exact), it hasn’t been quick to catch on. For years now, patients have shown a steady desire for in-person healthcare services, keeping telehealth as little more than a niche service. But in 2020 that changed in a very big way.

Millions of people had their first telehealth experience this year due to pandemic-related restrictions. And it turned out people liked the experience a whole lot more than they expected. In total, some 83% of patients now expect telehealth to be part of their future healthcare access. And streaming has everything to do with why.

High-quality streaming video and audio make diagnoses more accurate and appointments less of a hassle. And, in 2021 and beyond, ultra-high-speed internet will unleash innovations like gamification and virtual reality enhancing the patient experience. In short, there’s a reason that the American Medical Association calls telehealth the Netflix of medicine. And, in the coming years, lots of people will come to agree with them.

Even though the reason for it was an unfortunate one, 2020 saw a massive shift to work-from-home for workers in almost every industry. That included the employees of countless businesses that had previously resisted letting them work from a home office, most often out of an imagined fear of productivity losses. But thanks to a plethora of video conferencing options, the productivity apocalypse failed to materialize.

Not only that, but people also seemed to thrive with their new flexible work setups (aside from some unfortunate Zoom fails). Things have gone so well that countless businesses now plan to keep letting employees work from home in 2021 and for the foreseeable future. And they’ll soon have an impressive array of streaming technology available to help them be even more productive.

Service providers like Cisco are in the process of adding artificial intelligence tools to their video collaboration platforms. That’s going to help home-based workers get more done by allowing natural language processing of their work video calls. Right inside a stream, they’ll be able to request web searches, ask for transcriptions, and even schedule follow-ups without lifting a finger. And Cisco’s not alone. This year should mark the start of a videoconferencing platform battle with fast-moving innovation pushing the industry to ever-more impressive heights.

The Great Frontier of AR and VR Gets Closer

Last but not least, the new year will bring increasing availability of 5G and other high-speed data networks. And, while that’s not a streaming-specific development, it’s going to change streaming in a big way. That’s because companies like Amazon are already working with network providers to roll out ultra-low latency infrastructure to deliver the next big things in streaming: real-time AR and VR experiences.

That technology was one of the few remaining hurdles preventing AR and VR equipment from going mainstream. With the right networks in place, it’s going to become commonplace for music fans to attend live VR concerts, or for people to take virtual real-time walks together—supercharging the AR and VR experiences of today.

And it won’t be used for just entertainment purposes. As mentioned earlier, telehealth will gain major ground once real-time remote environment sharing is possible. And video conferencing will gain the ability to unite attendees from around the globe into a single, virtualized environment. In short, the ability to stream AR and VR content will take every form of streaming in use today to the next level, and all of it is getting started right now.

We Move into the Future of Streaming

If you haven’t got the idea yet, the takeaway here is simple. Streaming is going to continue its revolutionary march in the years to come. As that happens, it’s going to add an array of new features, products, and services, making our lives better. What we’ve seen in 2020 is but a glimpse of what’s in store in the world of streaming. 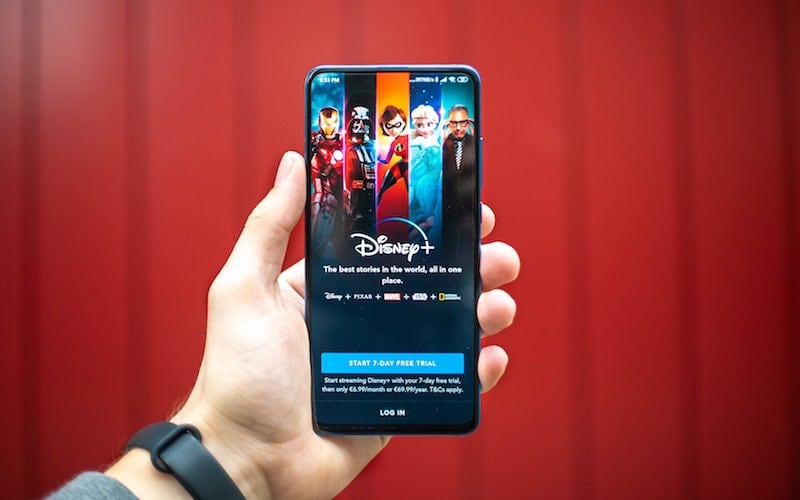 That means 2021 is going to be an exciting year. And it’s just the start of a future filled with streaming content we likely have yet to even imagine.

Born with a book in her hand, genevieve has always loved reading and writing. Beyond editing to help writers hone their craft, she enjoys bicycling, cooking, and being with her family.
Join the Discussion
Popular Blog Posts
MacBook Pro with M1 Max and M1 Pro: which one should you buy? Launching a Kickstarter or Indiegogo campaign soon? Read this first 10 Best tech gadgets you need in your life Must-have smart desk gadgets and office accessories Best PS5 external SSD drives out there for gamers