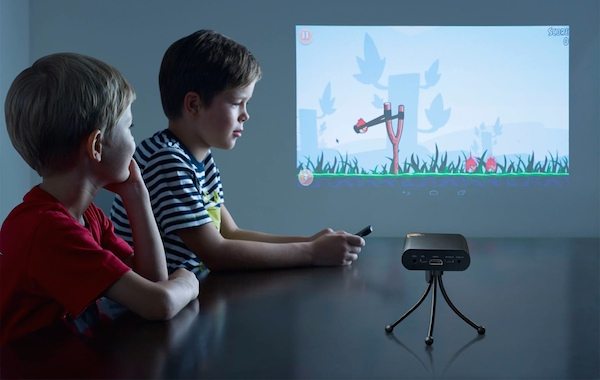 From office to classroom, projectors have long been used to beam large-scale graphics onto flat, featureless surfaces. Despite the expense and noisy fans, they are invaluable when presenting anything visual to an audience. However, the only interactivity on offer is the ability to indicate with a laser pointer — a drawback TouchPico aims to fix. Powered by Android, this pocket-sized projector turns any wall or screen into a giant stylus-based touchscreen.

Although to describe the TouchPico merely as a projector significantly underestimates this powerful little box. Inside is a 1.6GHz dual-core processor, running Android 4.0 on 1GB of RAM and 4GB of internal storage. More space can be added by plugging in a USB drive, and the TouchPico is happy to stream from your computer, phone or tablet via HDMI and Wi-Fi, or project its own apps. In essence, this is a pocket computer with a projector as its screen. 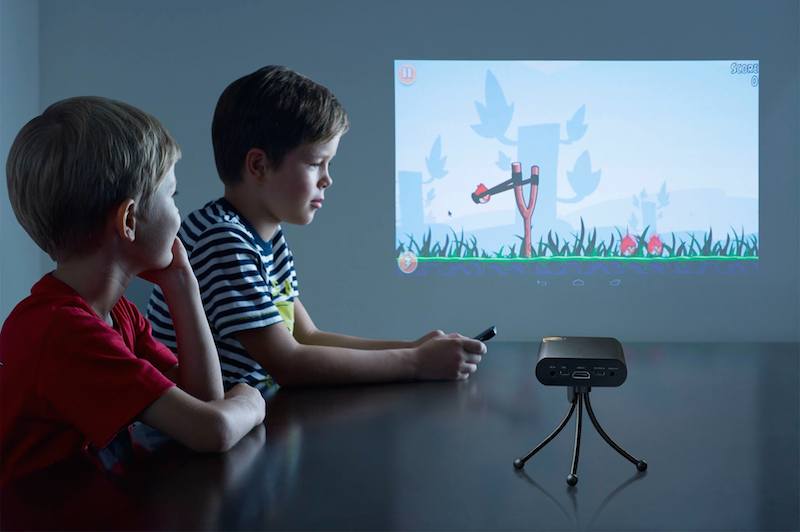 It is a respectable projector for its size, too. While the 854 x 480 resolution is on the small side, the maximum picture size of 80 inches is very generous, and the 80 lumens of light kicked out is a respectable amount of power for such a small device. Also worth noting is the in-built speaker, which is good enough for Skype sound, and the internal battery, which it is claimed should last for 2.5 hours of screen time. 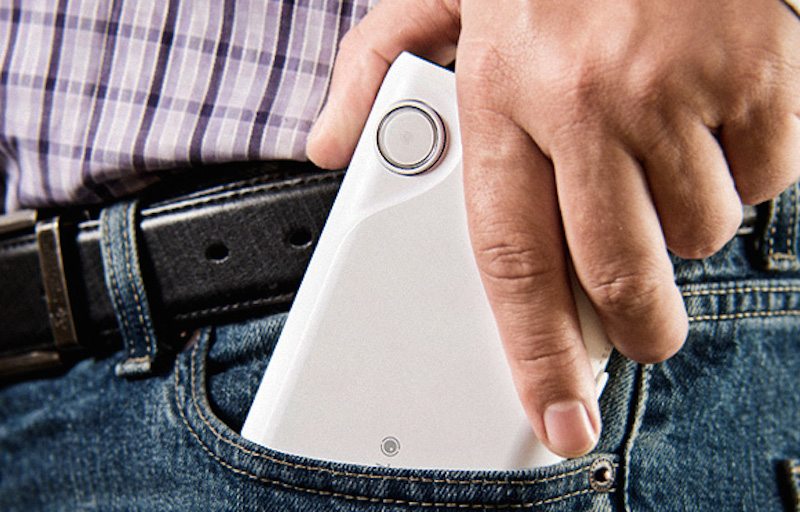 And of course, there’s the unique selling point — the “touchscreen” surface created by the projection. The provided stylus contains an infrared camera, and it replaces the tasks performed by your fingers on an ordinary touchscreen. It is clearly a significant step up from the purely illustrative use of a pointer.

The TouchPico is currently crowdfunding on IndieGoGo to the tune of $55,000, but at the time of writing, it has already nearly doubled that goal. Backers pledging $329 or more will secure themselves a pre-order, and the first batch will ship in October. Check out the video for more…