Love outer space? This watch collection commemorates the Apollo 15 mission right down to the strap. 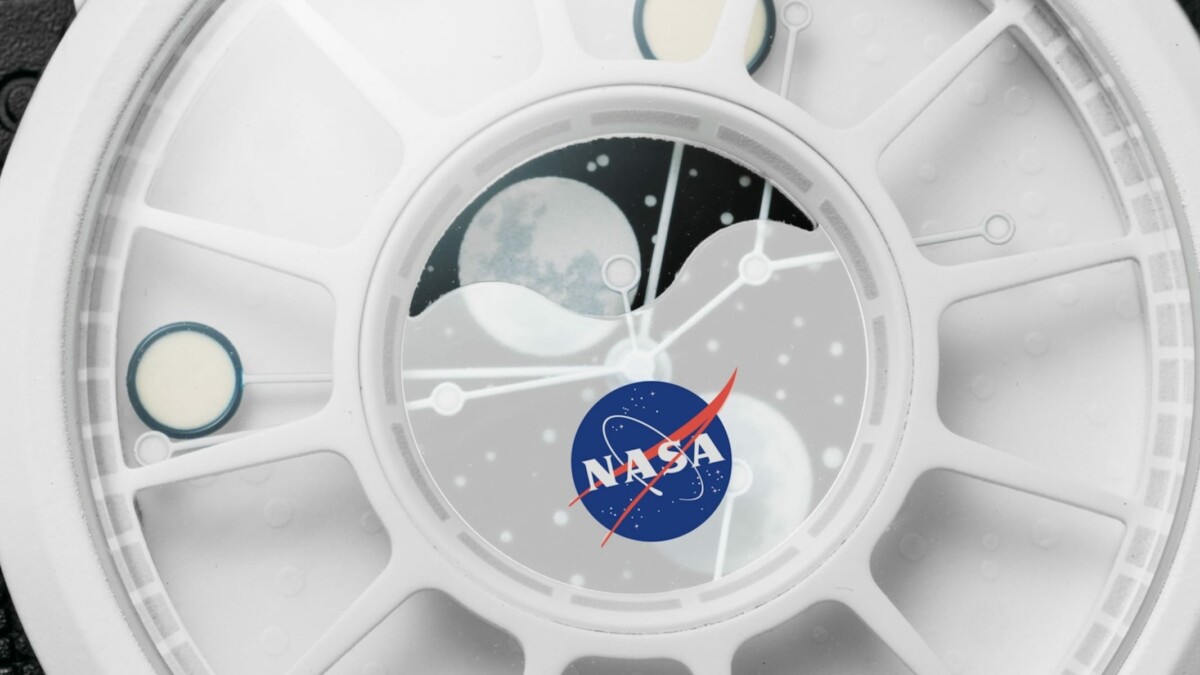 Xeric NASA Apollo 15 close up of the Super-LumiNova

Commemorate the 50th anniversary of Apollo 15’s moon buggy ride with the Xeric NASA Apollo 15 watch collection. These Apollo 15–inspired watches feature both automatic and moonphase models. All movements are assembled and tested in Fountain Hills, Arizona, bringing the craft of watchmaking back to the US.

If you’re fascinated by outer space, the Xeric NASA Apollo 15 watch collection is for you. These unique timepieces are packed with space-themed elements down to the last detail and are the latest offerings from Xeric, a company with a history of successful crowdfunding campaigns.

When you’re shopping for a timepiece, you want one that’s unique. So you’ll be happy to know that these Apollo 15–inspired watches aren’t mass-produced in a factory abroad. Actually, they are designed in California and made on an artisanal scale by a small company.

What’s more, the company builds, tests, and regulates its movements in Arizona. The company asserts that it uses industry-leading standards as well as cutting-edge production methods. So when you wear this watch, you’re supporting a homegrown business that cares about its craft and all the details that go into it.

Select from automatic and moonphase movements

These Apollo 15–inspired watches feature the Xeric Caliber X3.1 AmeriChron Automatic Movement and the FTS Caliber 7129 AmeriQuartz Moonphase Movement. Certified master watchmakers designed the latter and confirm its accuracy to +/-20 seconds a day. It also has a 40-hour power reserve.

The moonphase movement has a prominent central moonphase function that shows you the moon’s current phase in its 29.5-day cycle. That way, you always know what sort of moon you’re going to see at night and you can impress your friends with your knowledge. Meanwhile, the all-metal movements are jeweled and fully serviceable.

Avoid batteries with the automatic movement

You won’t have to worry about replacing any batteries with the Xeric Caliber X3.1 AmeriChron movement. It has a self-winding engine that creates its own power as you wear it. You can also power it by winding the crown. And the 40-hour power reserve keeps your watch running even if you forget exactly when you need to rewind it.

Enjoy a realistic moonphase right on your wrist

Meanwhile, the Apollo 15 Moonphase displays a realistic moon with all its craters. And when you turn off the lights, the Super-LumiNova material glows in the dark. It lets you see the time and the position of the moon in a pitch-black room or while you’re outdoors at night.

And, speaking of the moonphase movement, let’s talk about the cycle display a little more. This cool feature shows you a visual representation of the moon’s current position. From Waning Gibbous to Waxing Crescent, you’ll always know what the night sky will look like when you plan your next camping trip.

Go for a limited-edition watch series

With this Apollo 15–inspired watch, you probably won’t run into anyone with the same timepiece. That’s because the production is limited to 1,971 pieces (in honor of the anniversary) per color, and they will be numbered. Add to that the solid stainless steel case back with a coin engraving of the lunar rover, and you’ve got a watch that few others own.

Check out the rover-tire-inspired crown texture

Another neat feature of this Apollo 15–inspired watch collection is the crown texture. It draws its inspiration from the lunar rover’s unique tire tread, which consisted of mesh, tread, inner frame, and hub. It looked like a bare-bones version of a car tire, and the crown mimics that look.

Read about other cool, space-inspired features

When Xeric creates a space-inspired watch, it’s sure to incorporate the theme down to the last detail. Case in point: the Horween leather watch straps are ribbed, just like an astronaut’s space gloves. Then, the crown boasts an engraving of the mission flight symbol.

If that’s not enough for you, the grill on the watch face boasts a conical shape similar to the command module with the crew access hatch shapes symbolizing each hour. Then, of course, the hour and minute hands are actually planets that rotate on an axis. So this company really has integrated space exploration into every facet of its product.

Wear a premium watch that’s easy to own

With its 40 mm wide case, this Apollo 15–inspired watch collection is suitable for men and women and fits wrist sizes from 6 to 9 inches. Additionally, the antireflective sapphire glass reduces glare and resists scratches. As you can see, this is a watch that stands up to light wear.

Sport a meteorite fragment on your wrist

For true space fanatics, select models of the Xeric NASA Apollo 15 Automatic have a dial made from portions of an actual meteorite. Select the Lunar Module, Black Hole, or Moon Dust automatic movements for a watch that’s truly intergalactic.

If you’re looking for a watch like none other, go for one in the Xeric NASA Apollo 15 watch collection. The USA-made movements have been carefully crafted, and the moonphase function is an incredible feature. Plus, with Christmas right around the corner, this watch makes an excellent gift.

The Xeric NASA Apollo 15 watch collection typically starts at $375. You can preorder yours on Kickstarter for $269. Have you come across any cool products that commemorate space exploration? Tell us about your finds in the comments.