Wakē Is An Alarm Clock For This Century 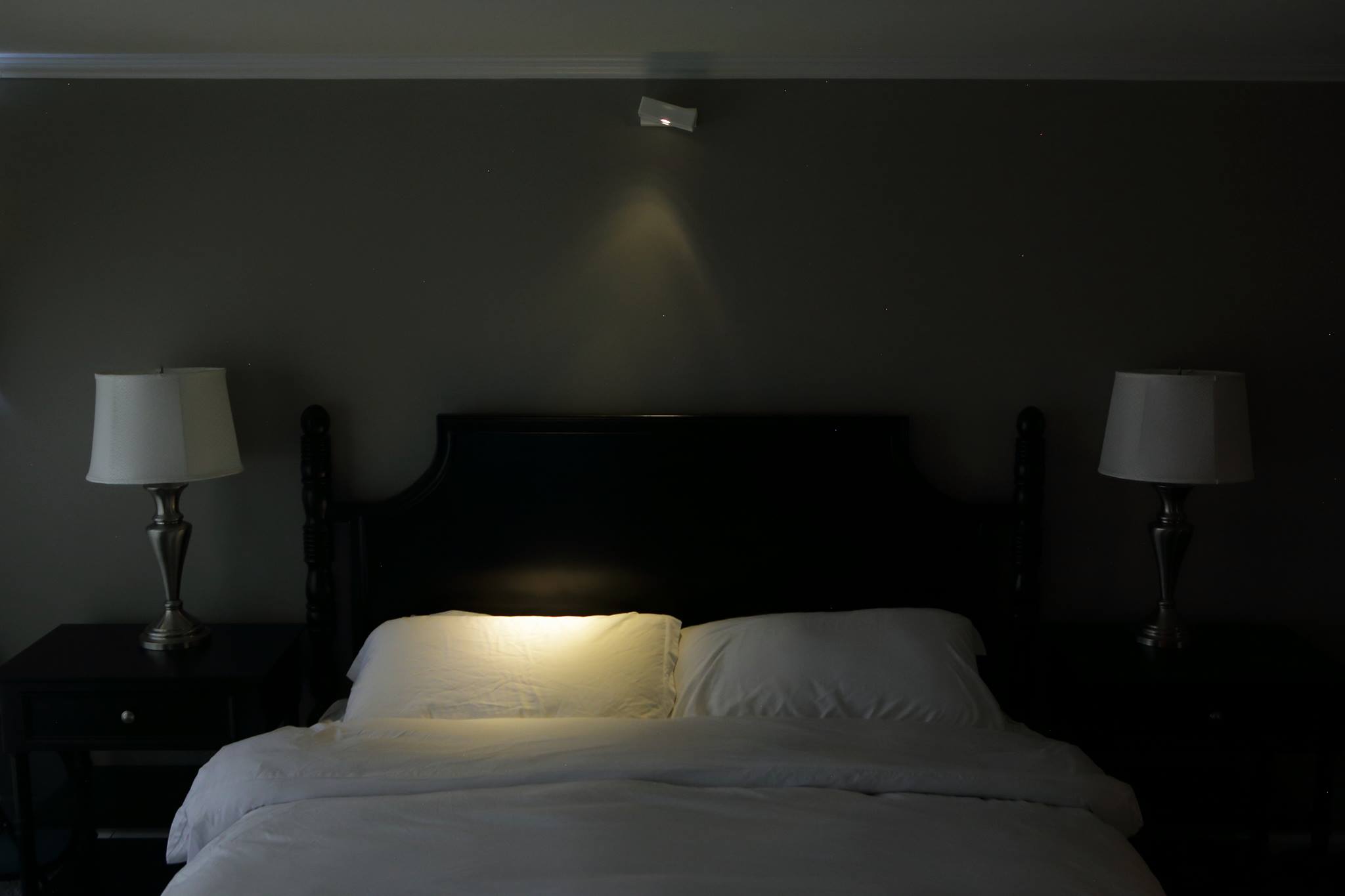 Most mornings, I wake up to my alarm. It happens to be a song I really like but have begun to loathe. Rarely, I sleep through my alarm and wake up in absolute panic trying to rationalise not taking a shower while fumbling for my glasses. In both scenarios my husband gets an earful of my not-so-favourite song, a bright light in his eyes, and my startled awakening that shakes the bed. So, when I heard about Wakē, a smart alarm clock, I knew I had to find out more.

Wakē (rhymes with “eggs and bakey”) is a smart wakening system designed for the 21st century. It combines natural-seeming light with a targeted sound beam to guide you out of sleep and into a relaxed start to your day.

Fitting snugly on your wall above your bed, Wakē uses two incredible technologies to wake you up. The first is an LED light that emulates the sun. It starts dim and slowly gets brighter – just like the sun. The second is a parametric speaker. It’s like a spotlight of sound: it targets ultrasonic waves into a very narrow audible beam. This means that you can hear it loud and clear while your partner, sleeping just a foot away, won’t be disturbed. The Wakē team have provided a few sounds to choose from, depending on what you prefer. 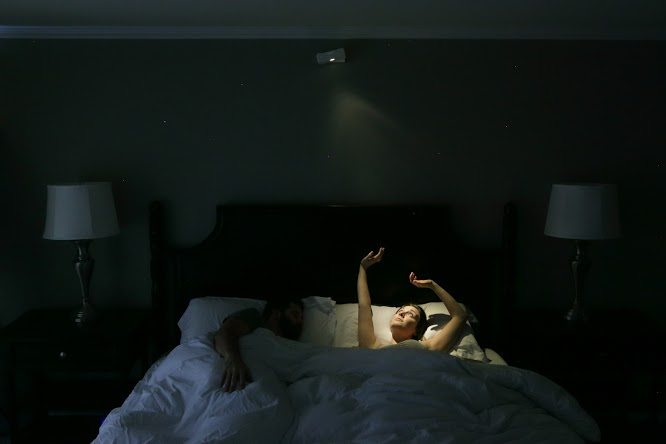 Using advanced heat-sensing technology, Wakē determines where you are in the bed to give you a targeted wakening and can determine you from your partner, even if you’re cuddled up together. Wakē can be programmed for two people, so long as your wake-up times aren’t the same (just make sure you’re on the correct side of the bed). You can either snooze the alarm via the app or simply get out of bed and Wakē will turn off automatically. Importantly, the device’s sensor sees a temperature graph and doesn’t use a camera or any image-creating technology so your information won’t be compromised. 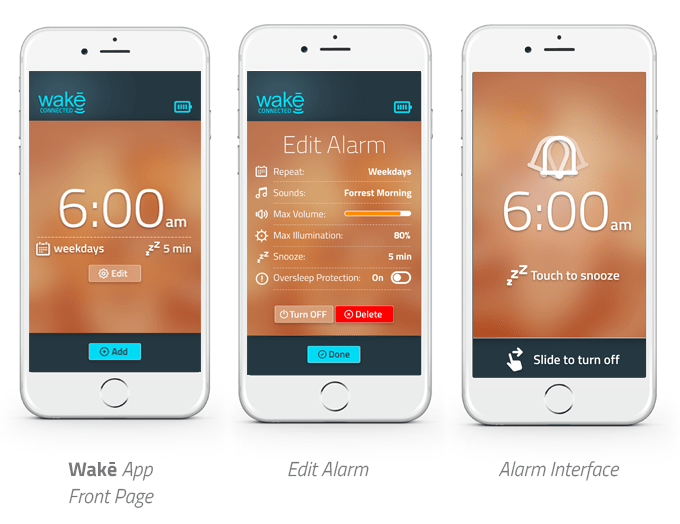 Like many smart gadgets, Wakē is controlled by an app on your phone. After installing the system and downloading the app (available for iOS and Android), you simply select the time you wake up and tell it which side of the bed you sleep on. In addition, you can let Wakē know how you like to wake up whether it’s to sound or light. If Wakē ever fails to detect you in the bed, perhaps due to a pet on your pillow or a heated blanket, then the app will override and act as your alarm. 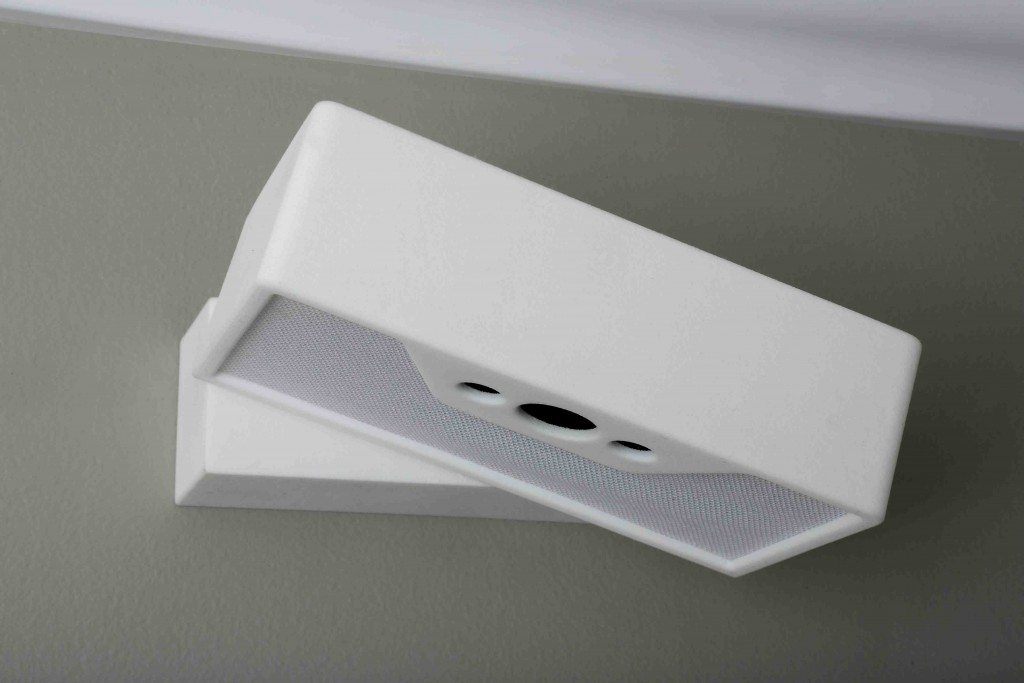 The sleek and discreet design of Wakē means it fits into any bedroom. It’s just 6” wide and 2” tall and only sticks out 5” from the wall. Installation itself takes just minutes with a couple screws and the firmware can be updated as needed. It only needs to be charged a few times a year (depending on how much you press the snooze button), which is easily done with a long cord. And, if you forget to charge it, the app is used as a back up so you’ll never oversleep. 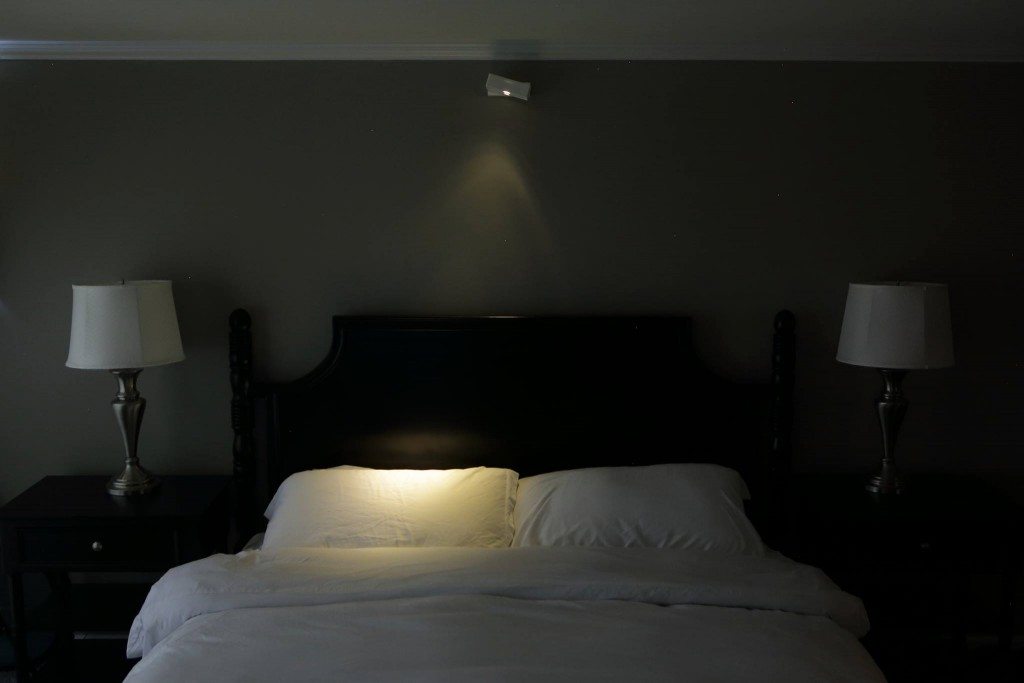 Wakē has made quite the splash with their Kickstarter campaign. Not only have they hit over 90% their $100k target (with over a month to go, no less!), the response from the backers has been amazing. There have been many innovative ideas to extend the powers of Wakē: some have requested that other gadgets be used such as hearing your baby’s cry when it wakes up, others have asked for the ability for a reading light when the alarm isn’t in use, and some have thought of using Wakē as a way to target phone notification sounds so you don’t disturb your partner if you get a call in the middle of the night.

As we’re just moving house next month, my husband and I have already decided we need to have a Wakē. We’ll be pre-ordering via their campaign for $249 (£163) but will have to wait until shipments start in September to get it.

Never have the right screw bit for your DIY projects? Maybe your toolbox is just a mess of loose screws, bolts, and bits. Either way, it’s time to get organized with one tool that has it all, the ScrewDriverKing™ portable..

Hosting a backyard BBQ? Maybe you want to jazz up picnics in the park with your group. Either way, these portable speakers for parties are the answer. Compact and equipped with things like LED light shows and wireless mics, they..
Popular Blog Posts

Want to live your healthiest life? Fitness trackers and health-monitoring devices make attaining a fit body more doable. The best health-tracking gadgets go way beyond counting steps and calories. They give actual data on body composition, hydration levels, and much..