Will Your Gadgets Soon Be Able to Repair Themselves? 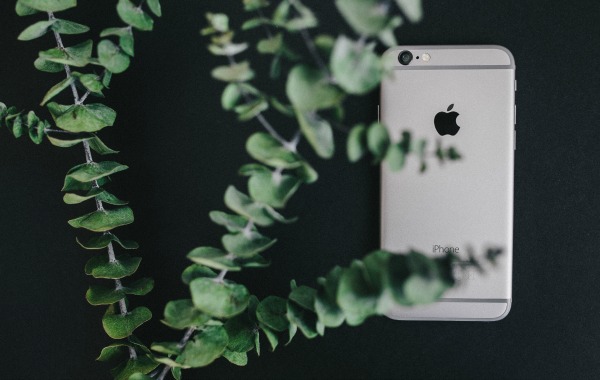 Have you ever had a mobile phone, computer or laptop die on you before? It’s an empty feeling, and it’s an unfortunate experience because even if you have the wherewithal to fix the device, it can be extremely difficult to find which piece of internal hardware is the culprit.

But what if your electronics could self-heal, similar to how your body’s immune system works?

Believe it or not, scientists have turned to the human body for inspiration, allowing them to come up with something called nanomotors. These devices can be used to discover and fix tiny scratches or breaks in electronic systems.

Designed by a research team from the University of California, nanomotors are tiny nanoparticles made out of gold and platinum. They are powered through hydrogen peroxide. The platinum breaks down the fuel into water and oxygen, which in turn propels — or moves — the particles across a surface.

During propulsion, the nanomotors will settle into cracks or breaks in the electronics, effectively repairing a circuit.

The testing scenario the research team used involved an LED, or light-emitting diode. They used the nanomotors to fix a broken circuit which connected the LED. Naturally, the nanomotors settled into cracks that had severed the circuit. Since gold and platinum are conductive materials, they can be used to repair a circuit like the one connected to the LED.

The nanomotors closed the broken circuit, and the LED was able to light up since that circuit was once again complete.

[tweet_box]This technology could be applied to create electrodes, flexible batteries, solar cells and a variety of electronics that are able to heal themselves.[/tweet_box]

For instance, the team suggested that nanomotors could be used to repair particularly difficult gadgets, such as the conductive layers of a solar cell which are exposed to the elements and often sustain minor damage, lowering their effectiveness.

How Could This Technology Create Self-Healing Gadgets?

If you have ever built or repaired a computer before, then you know the motherboard is the core component that everything plugs into. It essentially bridges the gap between the memory (RAM), processor, graphics card and various other pieces of hardware.

This same structure is used in most electronics, as even smaller devices generally have some kind of main-board that individual components are connected to.

The problem with this is that many of those components heat up as they are used. This causes not only the components, but also the materials around them, to contract and expand on a regular basis as heat is applied, and then dissipated. Over time, this can lead to cracks in soldering, circuits and even parts of the motherboard. When that happens, a computer can stop working simply because the circuit is open.

This applies to a great deal of electronics, however, and not just computers.

But the nanometers designed by the University of California researchers could be used to fix these issues, effectively repairing gaps in the soldering and the board that might be causing an issue. It means that aside from a major hardware failure, most gadgets would see a prolonged lifespan.

Other Ways This Technology Could Help

A longer lifespan for most electronics also translates to a decrease in waste. Electronic waste equals 70 percent of toxic trash in America’s landfills. This is because a majority of electronic components inside our devices are made from harmful materials like lead.

Longer-lasting electronics means a safer environment for all of us.

In addition, the team behind the nanomotors believe the same concept of the self-healing device can be applied — with different materials and fuel types, obviously — as a medical tool. Similar nanomotors could be injected into the body to deliver drugs or medicine to targeted areas. In this way, they could be used to treat diseases, such as stomach infections or internal organ disorders.

It’s exciting that there are more implications for this technology than just self-healing gadgets. That said, however, the latter is pretty amazing, too.

What do you think? Will nanomotors do their jobs, or are they too good to be true?

Kayla Matthews is a Gadget Flow writer. She is also a contributor to websites like VentureBeat, VICE, TechnoBuffalo and GearDiary. To read more posts by Kayla, subscribe to her weekly newsletter on her personal tech blog.
Join the Discussion
Popular Blog Posts
Smart workspace gadgets you need to add to your WFH setup Best PS5 external SSD drives out there for gamers Which drone should you buy in 2021? Must-have vacuums for home cleaning Apple Silicon Macs—should you buy the new Macs with the M1 chip?