Alienware 13: Big Power in a Tiny Laptop With a New Friend 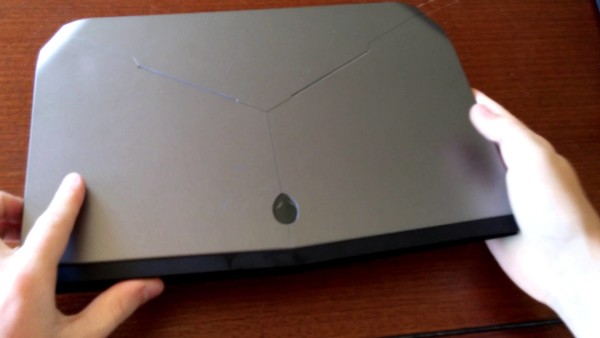 I don’t know what kind of computer user you are but I am exclusively a laptop user. I have a desktop at work that predates the dinosaurs; it gets the job done just not very quickly. At home, I have 3 laptops, 2 tablets, and no desktops. It happened mostly by accident because I received all as gifts at one point or another; however, I do like the feeling of being able to sit anywhere in the house and get some work done. The new Alienware 13 has caught my eye for being a powerhouse in a small form factor but it’s one of the optional accessories that really shines. Let’s dive in! 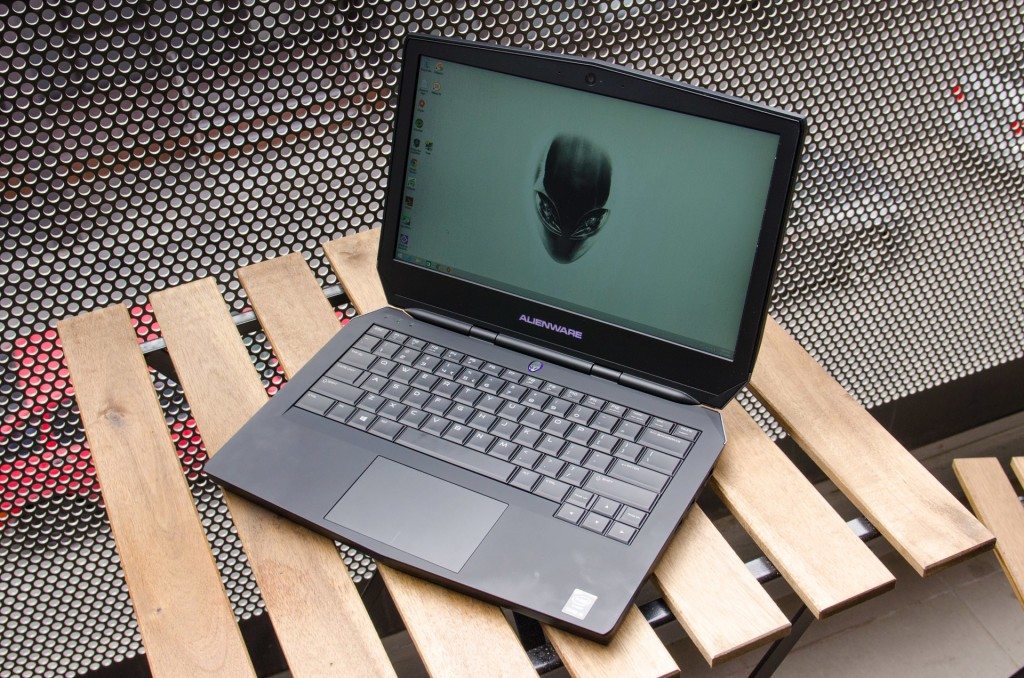 The Alienware 13 follows in the footsteps of its predecessors by being bulky yet stylish. It measures an inch thick at its thinnest; exactly twice as thick as the brand new MacBook and weighing more than twice as much. You will notice these “fine” details as soon as you gaze upon the Alienware 13. It’s big and unapologetic; mercifully, it’s much smaller than previous generations. Those were basically bricks. For me, thinness has never been much of a factor when using a laptop because I rarely have a proper time or place to transport my laptops. What’s the point of having a laptop then? I have no idea.

Getting back to the Alienware 13, it includes AlienFX which is Alienware’s name for the signature lighting effects. You can light up the keyboard with any color you can think of, have it section the keyboard off by color, there can be a pattern, all sorts of stuff. Really eye catching when showing off to friends, especially in a dark room. I would know, I owned an Alienware 15 and my college room was party central…for about 3 days. I get bored easily. 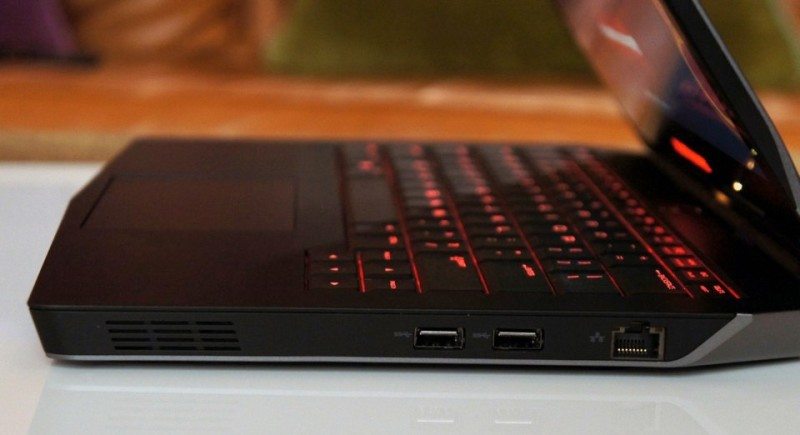 So the Alienware 13 is a beefy laptop, it has really great specs at even the lowest level and each feature can be upgraded and tweaked right from the website. However, there is one thing that cannot be upgraded: the graphics card. Now, Alienware is known for being a gaming kind of laptop so what might they do to up their game? It’s called the Graphics Amplifier and it is the future of gaming laptops.

Basically, the Graphics Amplifier holds a desktop gaming card and connects to the Alienware 13 to let it take advantage of the extra capability. So you can game with top notch graphics power on a 13 inch laptop. Technology is amazing.