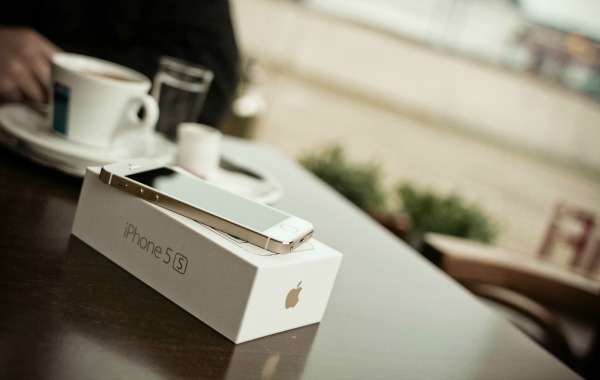 Although Apple iPhones are very popular, the company doesn’t yet have dominance everywhere. In India, Apple holds only a two percent share of the smartphone market. A plan to grab the attention of the target market is underway, though, and it involves refurbished gadgets.

Global smartphone sales are slacking off, leaving Apple hoping it can make gains again by targeting price-conscious Indian consumers who may not be willing to buy new iPhones. There are a couple of reasons why new versions of the popular smartphones are impractical in India.

First, the tax on smartphone imports into India is steep, and that reality is made worse because the Indian rupee is weak against the US dollar. Furthermore, Indian consumers who want the iPhone SE would likely have to shell out the equivalent of almost $600 to get the 16GB version.

There were more than 25 million smartphones sent to India in the fourth quarter last year, but Apple was responsible for less than a million of them. The company believes by targeting the Indian market with pre-owned models, it’ll be able to offer products that are more attractive to people who want popular tech items without going broke.

The number of imported smartphones that reached India in the last part of 2015 should indicate that, even if Apple’s plan works, there will be plenty of competition. Samsung held a 27 percent market share, while Micromax, an Indian company, had approximately a 14 percent share. Furthermore, Chinese manufacturers are also eyeing India as a possible advancement opportunity, especially since domestic demand for smartphones is slowing down and causing companies to look elsewhere for untapped potential.

Most of Apple’s Indian sales have come from models of its older phones. Although the company has created more distribution channels in the country, it still thinks pre-owned phones will offer the necessary gateway into what could be a lucrative marketplace.

Unfortunately for Apple, there has been a backlash against the plans from industry analysts, and even the Indian government. Since December, the company has been trying to get permission to import and sell its used phones in India. It’s important to note that Apple wants to sell certified refurbished smartphones. They have new IMEI numbers and are made with genuine parts from older iPhones. They’ll also come with one-year warranties and be subjected to the same tests Apple uses to determine whether new phones are ready to be sold.

Apple is not even allowed to operate its stores in India, though, and must instead rely on retailers that are already set up there. Even so, the company is characteristically very careful about allowing outside retailers to use its name. Apple resellers have to be authorized and meet standards before being able to lawfully use the Apple name. Even so, it usually pays off to jump through those corporate hoops, because such retailers can then offer their customers a much broader range of well-known products, including some that may have been refurbished.

The Indian retailer arrangement works for now, but it’s probably not as profitable as Apple would like. In December, the company made a decision to drastically reduce the price of the iPhone 5s in India after sales tumbled. The lower price was still about the equivalent of $377 dollars, but most of India’s phones cost less than $150.

A lobbying group operating under the Consumer Electronics and Appliances Manufacturers Association in India wrote a letter to the government opposing Apple’s plans. It argued not only that these pre-owned phones would worsen the country’s already-substantial e-waste problem and harm the environment, but also they would conflict with India’s current importation policies.

[tweet_box]Not only do these pre-owned phones worsen the country’s already-substantial e-waste problem, but they would also conflict with India’s current importation policies.[/tweet_box]

Since there are many Apple trade-in programs operating in other parts of the world, the manufacturer wouldn’t have trouble sourcing materials for its Indian phones. However, some tech experts say those older components may be contributing to the obstacles Apple is facing. Even though the pre-owned phones will be covered by warranties, they still may not have much life left to offer the new owners.

If it’s successful, Apple will be the first company given permission to import and sell phones in India, the third largest smartphone market in the world. It makes sense that the tech giant sees the country as a new moneymaker. However, due to the challenges outlined above, gaining ground in India may come at a costly price.

Kayla Matthews is a Gadget Flow writer. She is also a contributor to websites like VentureBeat, VICE, TechnoBuffalo and GearDiary. To read more posts by Kayla, subscribe to her weekly newsletter on her personal tech blog.
Join the Discussion
Popular Blog Posts
MacBook Pro with M1 Max and M1 Pro: which one should you buy? Launching a Kickstarter or Indiegogo campaign soon? Read this first 10 Best tech gadgets you need in your life Must-have smart desk gadgets and office accessories Best PS5 external SSD drives out there for gamers