The best robots that are available to buy right now

You can't think of cool new tech without thinking about robots. What once seemed like something that would only exist far off into the future or just in cartoons, movies, books, and science fiction is now real. The technology has come so far, and robots are now more affordable and more accessible than ever before. 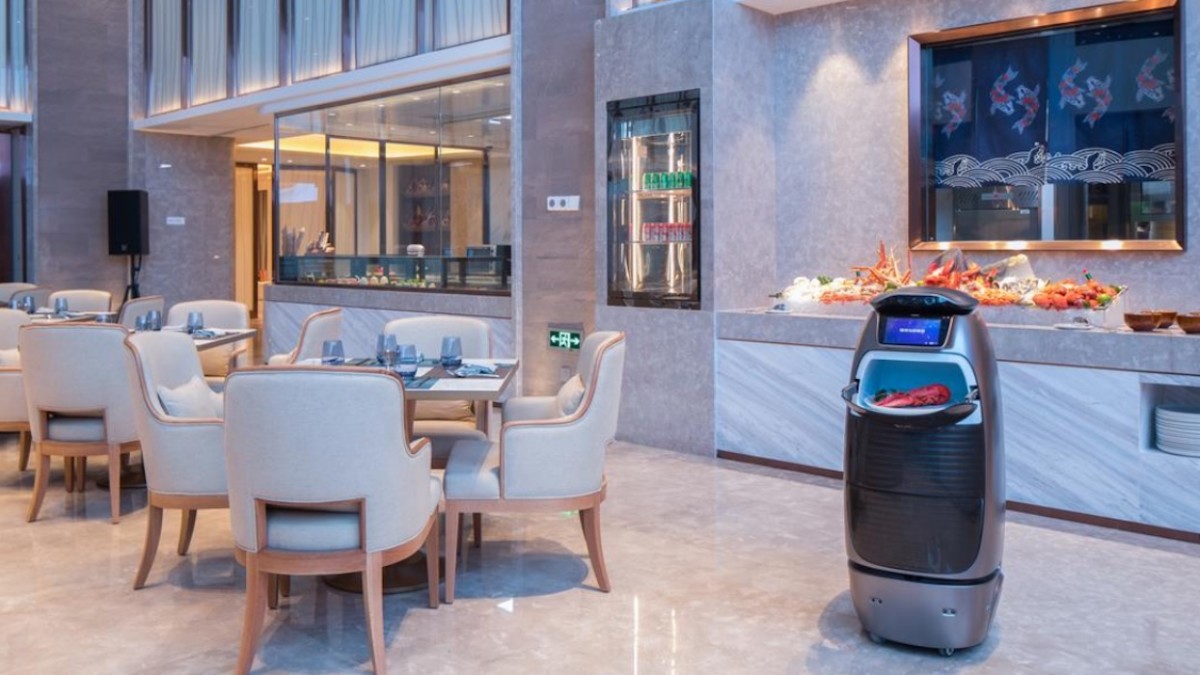 As cliche as it might sound, we’re currently living in a world with endless possibilities. New inventions and innovations are constantly changing the way with think, live, and interact with the world around us. One of the fastest-growing and ever-improving realms of technology is in robotics. And we’ve found some of the best robots that you can actually get right now.

It’s easy to think that robots are something that we’ve only recently dreamed up, but did you know that the first ideas of robots come from 3500 B.C.E.? The idea of intelligent mechanisms is mentioned in the Greek myths of Hephaestus and Pygmalion. And the first robot wasn’t created in the last century; it was created in 1400 B.C.E. The Babylonians created a water clock that is believed to be the first robot.

The first humanoid robot comes from (you guessed it) Leonardo da Vinci. In 1495, he designed an artificial Germanic knight. From there, scientists have created what can only be considered works of art. We now have Atlas, the robot from Boston Dynamics that can do backflips. We have Sophia, a robot from Hanson Robotics designed to look like Aubrey Hepburn (she can even deflect questions about robot uprisings!). And with Google’s DeepMind, robots are now gaining the ability to reason and plan.

If you’re even more curious about robot technology and looking to immerse yourself, FlyZoo has 290 rooms chock full of automation. Everything from the elevators, the lights, the curtains, and the temperature is automated. You can even speak out loud to ask for the password, and your room will give it to you.

All of this sounds simultaneously amazing and terrifying, and there’s no doubt that we’re on the cusp of even more change than what we’ve seen since in recent years. Technology advancements are moving faster and faster, and it’s hard to keep up with the latest tech and the best robots.

If you’ve been considering getting a robot, we’ve found a wide range of some of the best to augment your home.

If you’re looking to dip your toe in the water and test out a robot in the home that won’t be as intelligent as others (if that freaks you out a bit), this Stormtrooper robot from UBTECH is a great place to start. It comes with an augmented reality app with first- and third-person views. You’ll be able to have your Stormtrooper carry out missions, and it will reply to voice commands. It also has facial recognition for yourself and up to three other people. Use the Sentry mode to have your own personal Stormtrooper protect a designated area. 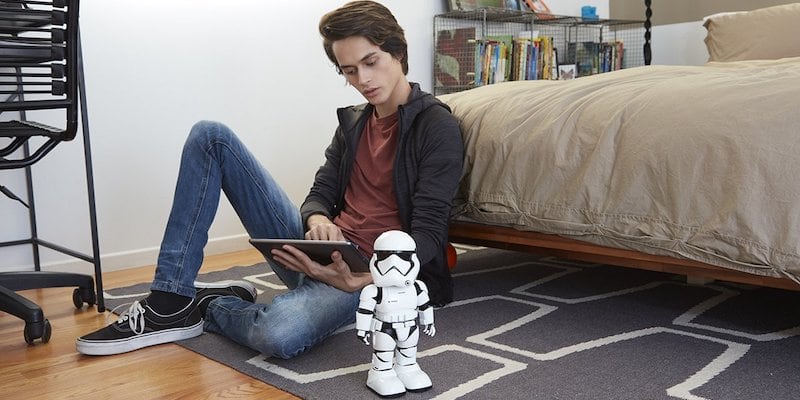 Image Credit: Amazon / This Stormtrooper robot is a great way to introduce your household to robots

The little Anki Cozmo robot is the best robot to get if you’re looking for an introduction to robots and want to learn to code a little bit too. Cozmo is compatible with both Android and iOS, and it’s super durable. This tiny robot can express hundreds of emotions, recognize you, remember your name, and play games with you. And with Explorer mode, you can view the world through Cozmo’s eyes. It’s important to note that Anki has ceased production of Cozmo, but they’ll continue to offer support for it. 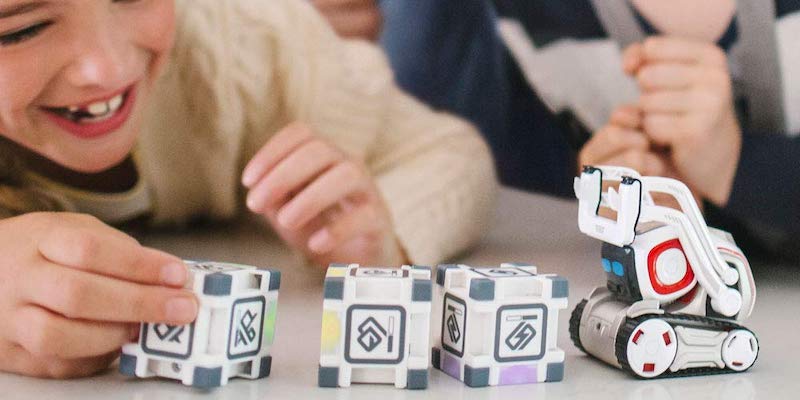 Image Credit: Amazon / Cozmo is the tiny little robot your kids will love

Here’s where we take it up a notch. Alpha 1 is 16″ tall and looks pretty much how you would expect a humanoid robot to look. It also has 16 advanced digital servos so your Alpha 1 can perform a variety of movements extremely quickly. You can use the preset movements Alpha 1 comes with, or you can code it to perform your own movements on the Alpha app on Android or iOS. It also comes with 3D desktop programming software. You’ll learn how to code and have fun with Alpha 1 at the same time. 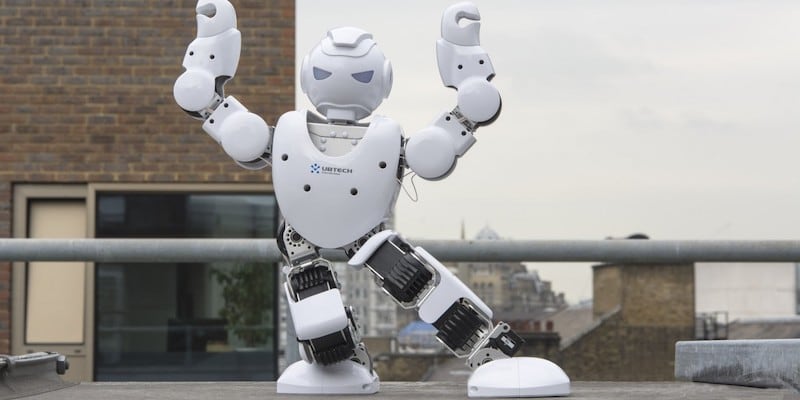 Image Credit: alphr / Alpha 1 is a humanoid robot you can program to perform tricks

If you’re looking for a robot to help you around the house, Loomo is one of the best robots for you. Loomo isn’t just a Segway you can ride on. Loomo can carry items up to 100 kilograms for you, and when you’re not riding it, the head spins around and turns into a face. Loomo will provide security and tracking, follow you around the house, respond to voice commands, and has facial recognition. Since it uses Android, you can also add third-party options so it can do even more. 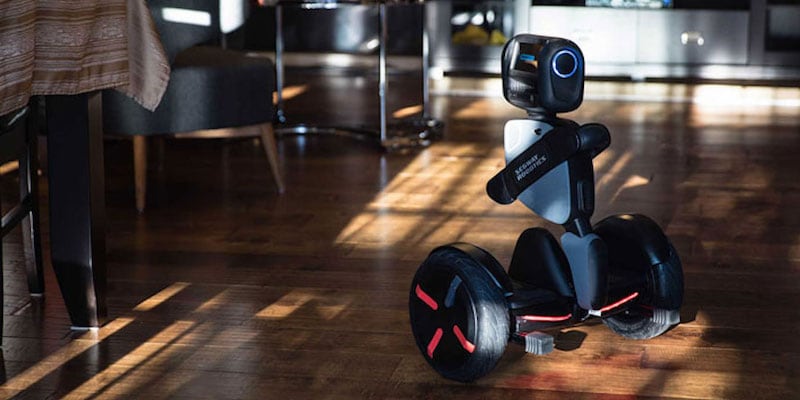 This little robot will feel just like one of the family. Zenbo is a meter tall, so it’s about the size of a toddler, and it has a 10″ touchscreen face. Zenbo has a ton of sensors in it, so it can avoid bumping into objects—which is definitely not toddler-like. Zenbo rolls around on four wheels, tilts its head, and participates in voice interaction. And over time, it will get better at processing speech and conversation.

While other robots have human characteristics, not all of them are great at being able to convey human emotion. Misty II has a personality, and she shows it with every head nod, widening of her eyes, and sigh. Misty II is programmable, so you can program her to do household tasks for you, and she can learn the layout of your home. She can patrol around the house, check on people, and manage all of your smart devices. She comes with a 4k camera and a far-field camera, so she can interact with you just like a person. And to make it even easier, she charges herself at night. All of this on top of being pretty adorable. 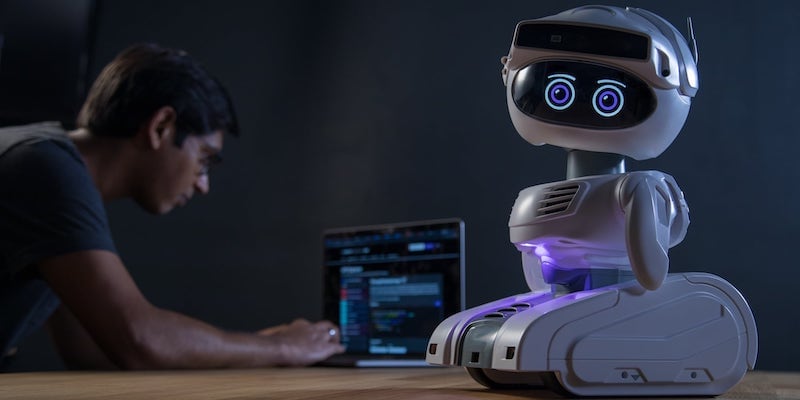 Misty II can manage all of your home devices for you

This robot is like no other. Pepper the humanoid robot is pretty next level and is by far the most advanced on our list. Pepper is 120cm tall, can recognize 15 different languages, has perception modules to recognize and interact with the person speaking to him (the website refers to Pepper as “he” and “him”), and is on an open and fully programmable platform. Pepper also has infrared sensors, bumpers, an inertial unit, 2D and 3D cameras, and sonars. Simply put, Pepper has been designed to interact with and move around with humans. 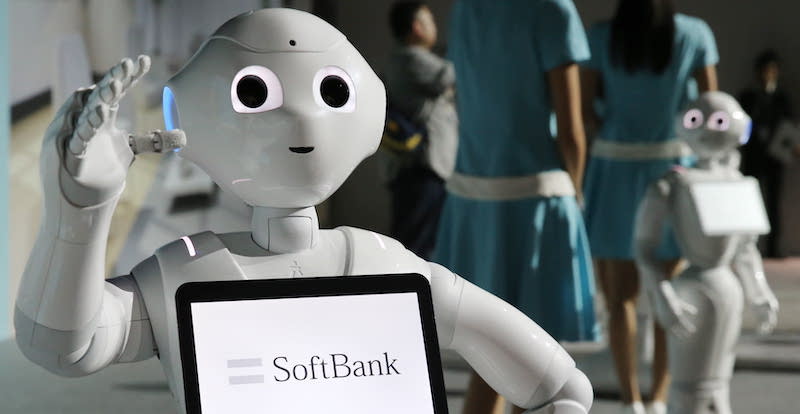 Image Credit: Nikkei Asian Review / Pepper is one of the most advanced humanoid robots you can buy

Of course, there are tons of other robots out there, but we think these are some of the best robots and show a wide variety of abilities and intelligence. We’re excited to see what the coming new decade brings to robotics and what we’ll be able to have in our homes. Have you had your eye on any robots for your home or play?