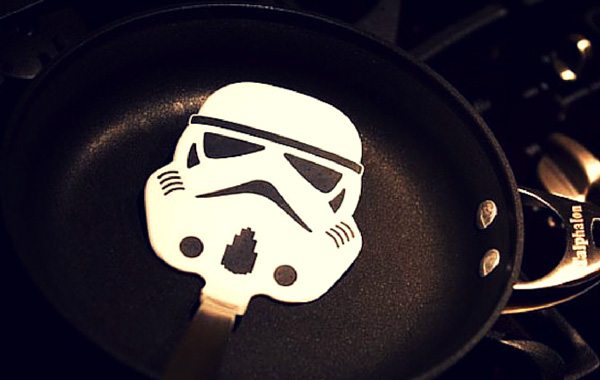 To call the whole Star Wars series just another fiction would be an understatement for sure. Ever since the first film released from this extraordinary vision of George Lucas in May 25, 1977, Star Wars has become a separate culture by itself. Standing tall as one of the pioneers in introducing the sci-fi genre among the mainstream audience, this film series holds a lot more space in the world than just the movie screens. Be it Yoda or the Darth Vader or even the Stormtroopers, they’re all heroes in our lives someway or the other. Being product lovers ourselves, Star Wars inspired goodies have always been a favorite in our platform. It was just last month when the idea of making a whole new Collection out of this epic movie opera dawned on us which eventually followed with our new Hot Collection centered only around “Star Wars Goodies”. After all the craze that goes with every Star Wars episode or movie launch, it’s expected to bring this sci-fi nostalgia in your everyday lifestyle too.

From cookie jars to nutcrackers, let’s have a look at what the Galactic Empire has in store for your newly renovated house. Since Halloween is literally knocking at the door, you may as well wish to make use of them soon: 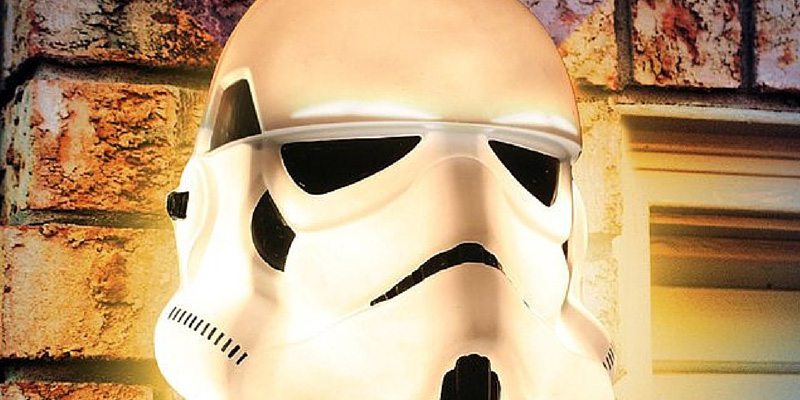 With the Stormtrooper’s head lighting up every evening, you’ll now be able to tell the rest of the world how big a Star Wars addict you are. The porch cover is pretty much an unusual charm by itself and that’s why it’s wise to have such a piece in your house as well. 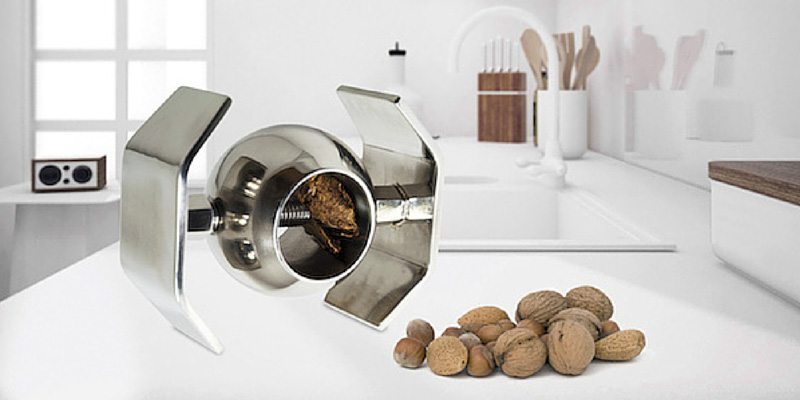 Crush the pitiful nut rebellion with your very own Star Wars Tie Fighter Nutcracker. Inspired by the galaxy’s most iconic short-range assault craft, this officially licensed nutcracker is made from high-quality solid steel – giving it a feel as cold as Darth’s handshake and a grip as tight as the Empire. 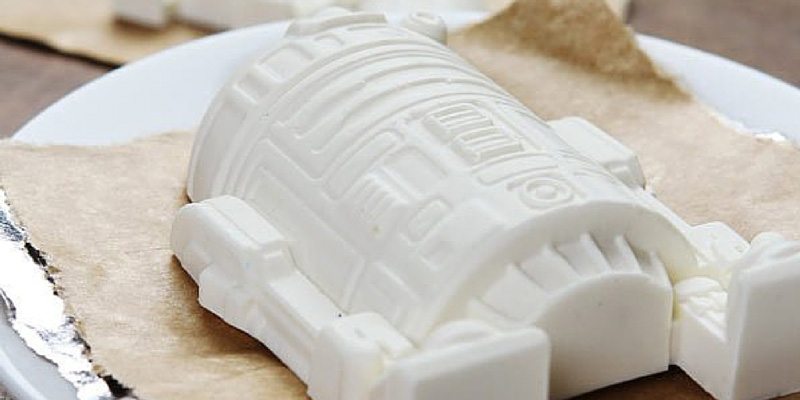 If you’ve got a Star Wars themed party coming up in time or if you’re in general wooed by this sci-fi extravaganza, the Star Wars R2-D2 Silicone Mold is definitely going to attract you. Replicating the shape of the ever famous astromech from the Star Wars series, this is a mold you can use to shape your jellies, chocolate, ice etc. 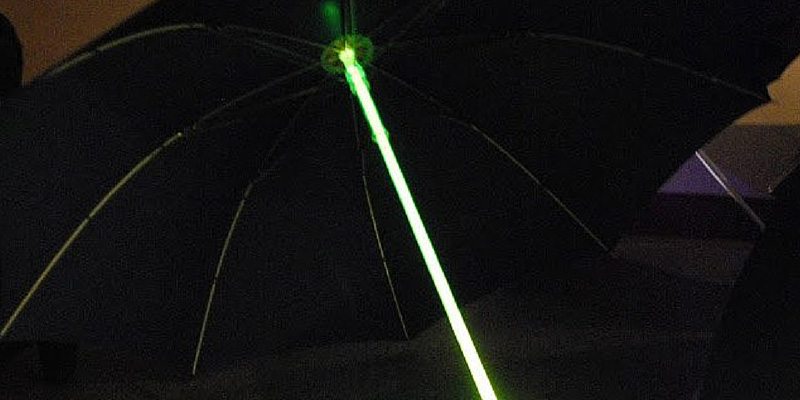 Inspired from Yoda’s ever-famous lightsaber, this is an umbrella built for those who fantasize to live in a world like Star Wars. The handle is exactly like the lightsaber Yoda carried and the shaft shines with the traditional incandescent green light. 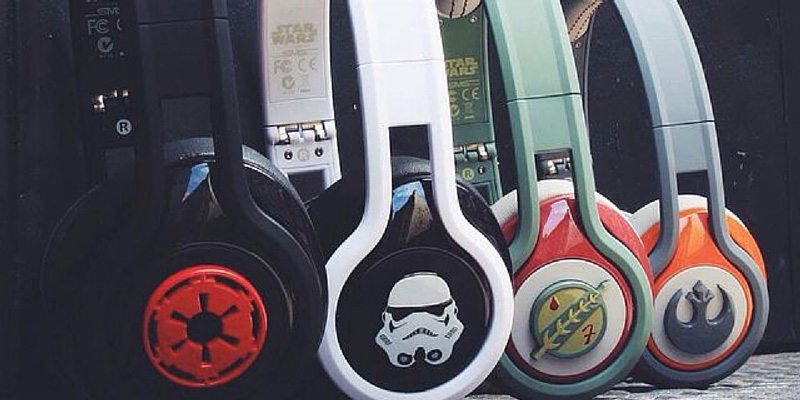 Available in 4 exclusive styles that could be an overwhelming gift for Star Wars fans, the STREET by 50 On-Ear Headphones are more than just a beauty. Designed to bring out the awesomeness in music, these headphones are extremely comfortable as well. 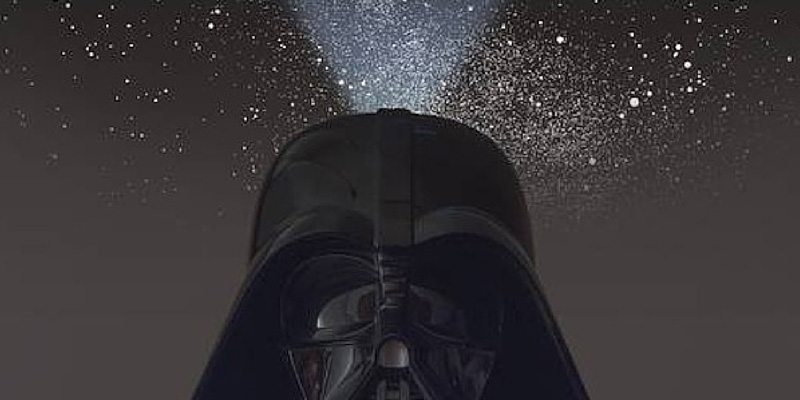 The Home Star Darth Vader Planetarium is a Star Wars-themed planetarium featuring a stunning starscape designed by Takayuki Ohira. It gives you a clear view of the night sky showing the Milky Way and 10,000 stars. 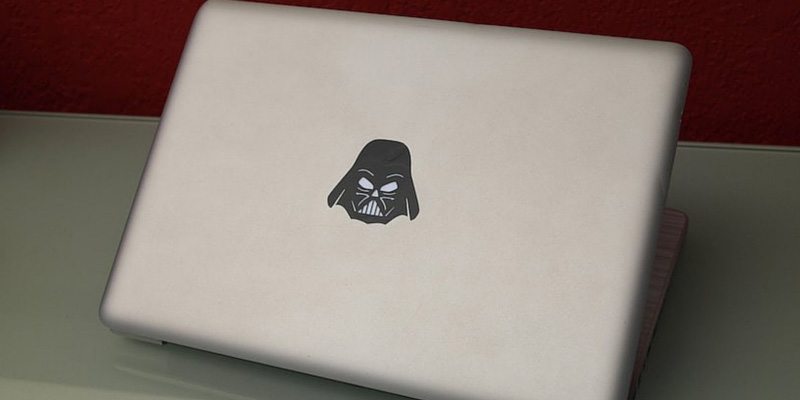 It’s basically a Darth Vader helmet sticker that’ll transform the smooth surface of the MacBook into the Dark Lord’s domain. Imagine the most feared and awesome device from Apple combined with the focused power of all that Jedi training and the epic battles that created the helmeted evil who ultimately destroyed the Jedi Order and still rules over the Hollywood villains club. 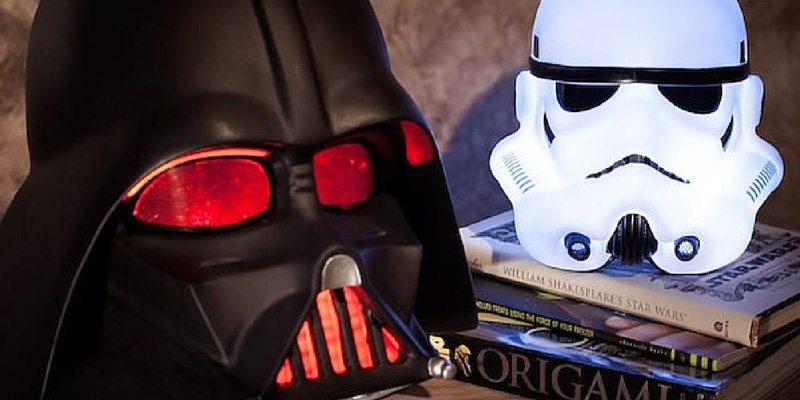 These Star Wars Mood Lights will create just the ambience you need when you’re crossing over from the land of the living room to the dark side of your bedroom. If the force is strong in you, you can get Darth Vader to emit a menacing red glow. 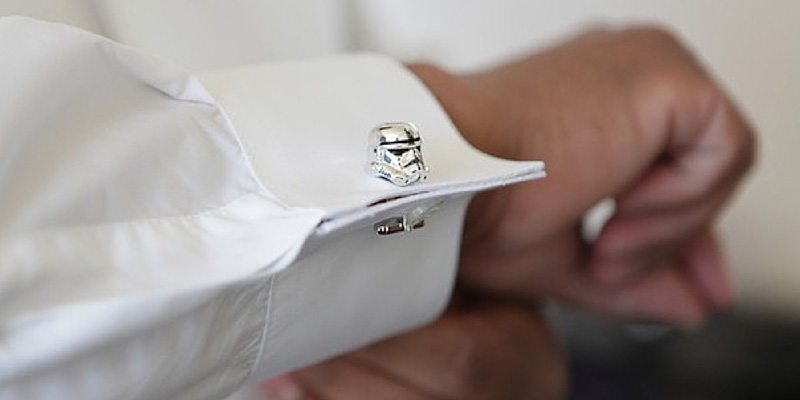 Captivate the room’s attention without any extra added force using the Star Wars Storm Trooper Head Cufflinks. A perfect way to take a walk on the dark side without all that bulky armor. 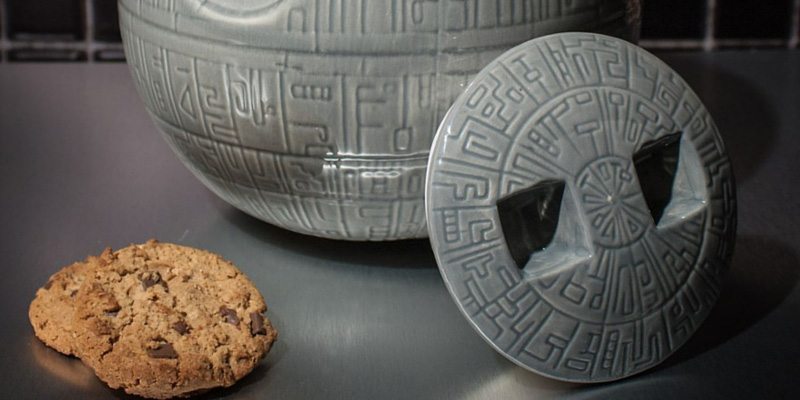 The Death Star Cookie Jar is an official Star Wars product, and you may not use it to fire a deadly planet-killing superlaser. What you can do is use it as a space for stationing crunchy cookies or as a weapon of mass cookie distribution. 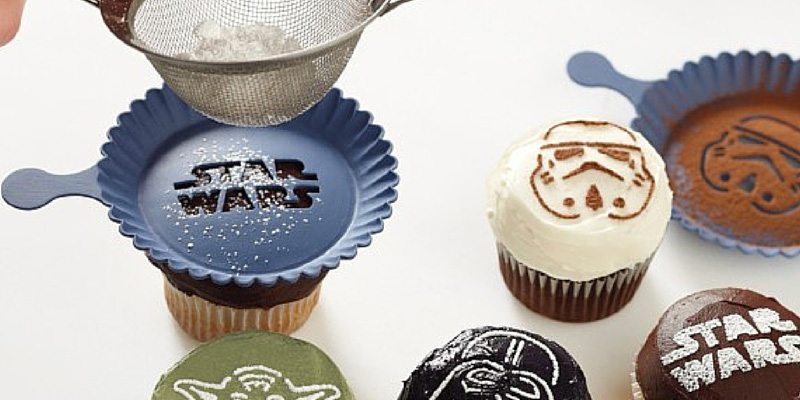 The only thing better than a cupcake is a cupcake in which the force is strong. Make your cupcakes come to life with this Star Wars cupcake stencil set. 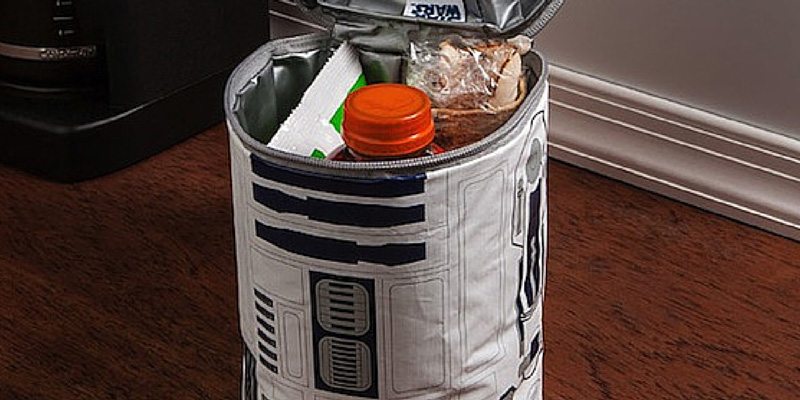 For over 100 years, thermos has created unique products fueled by hotter, cooler and fresher thinking. This commitment continues with an expanding range of innovative, fashionable lunch kits that get your child’s healthy lunch to school and that too in the R2D2 style.

That being some of the most adorable wonders from the Star Wars universe disguised as your everyday goodies, you’re sure to make the most out of your sci-fi craze this festive season. Happy Gadgeting!