Gaming Brand Atari To Make Gadgets for Your Smart Home 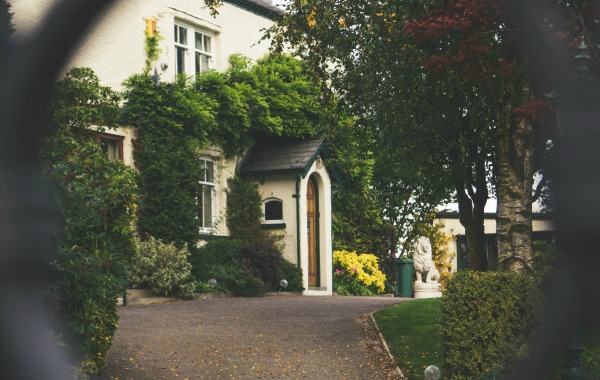 Over 40 years ago Atari brought their mind-numbing, productivity-sapping devices to our homes and the world has never been the same. Now, in the wake of their second bankruptcy, the brand that brought you Pong and Pac Man has a plan to restore their name to its former glory — by bringing informative, life-enhancing devices to your home!

It’s been a hard road for Atari since the death of the oft-forgotten Jaguar at the hands of Nintendo and Sega (who have since been ousted from the console wars by big-money players Microsoft and Sony). To get by, Atari has been reduced to selling cheap re-releases of their classic games for computers and cell phones.

Despite their diminished role in the videogame market, Atari’s iconic branding has become a nostalgic Nike swoosh for nerds. A recently announced deal with Internet of Things (IoT) specialists SIGFOX heralds a new line of Atari-branded devices, able to communicate using SIGFOX’s proprietary network technology. While not yet widely available in the U.S., SIGFOX services are already well established in 18 European countries.

The Internet of What?

If the term “Internet of Things” is a new one for you, just imagine a world where everything from your outfit to your car to your home are in constant communication via wireless networking. Smart homes with network-connected appliances are the first step towards this eventual reality, and are already available today.

There’s no shortage of smart home gadgets and security systems already on the market, so what does Atari think it can do differently? The new device line will benefit from the perks of SIGFOX wireless network technology, which include:

What types of devices can you expect from the new, improved Atari? “Categories such as home, pets, lifestyle and safety,” according to an official SIGFOX press release, are Atari’s first order of business. Perhaps Pac Man thermostats and joystick-operated window blinds will usher in a new era of Max Headroom-style smart home décor?

The Rise of SIGFOX

The internet of things was a fairly new idea back in 2009 when SIGFOX first opened their doors. Offering a reliable, low-cost network for IoT devices like washing machines, car alarms, radios and utility meters has kept them at the forefront of an industry now exploding in France and around the world. The upstart tech company has managed to raise more funding than any French startup in history.

SIGFOX network development in the United States began in 2014, and the San Francisco network came online about a year later. SIGFOX plans to offer service in 10 major U.S. cities by 2016, and has already began courting major American tech companies like Texas Instruments and AT&T. As they managed to achieve nationwide coverage of Spain in just 12 months, you can’t blame them for being confident.

SIGFOX CEO Ludovic Le Moan says that Atari “has disruption rooted in their DNA”, but given Atari’s scant background in the field of network appliances, it’s unclear whether the Commodore company is doing anything more than selling their brand. Even if they are, we’ll have to see if SIGFOX can do anything with Atari’s colorful cast of characters and titles.

If you feel like there are more questions than answers about this unlikely partnership, you’re right: It’s too early to discount just how ridiculously cool it could turn out to be. Perhaps a network-aware cat collar is what it takes to ensure the Atari logo will continue to burn itself into the brains of young people well into the future. It might seem like a bad way to ride out to some, but for the good people keeping the ship afloat at Atari, this deal’s a much-needed extra life.