Ever wished you could duel with your friends using totally safe lightsabers? That’s what Glow Battle offers. 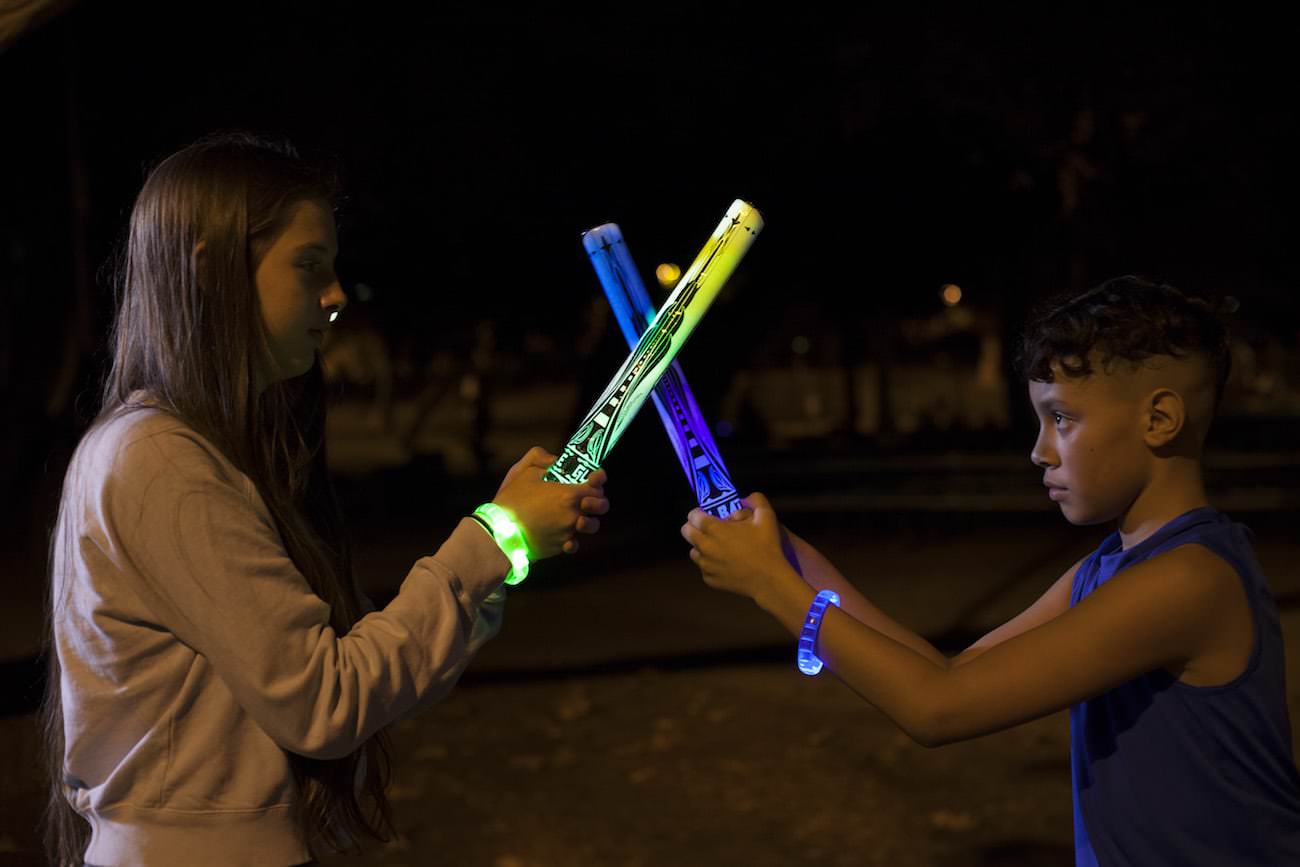 According to the scientific laws of coolness, things that glow are better than any non-glowing equivalent. Ultraviolet paint parties are somehow more exciting than standard club nights. Light-up bike wheels are better than regular rims. Meanwhile, lightsabers are a million times cooler than anything else. Of course, dueling with a real laser weapon would be a little dangerous — but we’ve found a family-friendly alternative. Glow Battle is a new game that’s just like tag, except you play with glow-in-the-dark swords. Awesome, in other words.

Moths to the flame

Sit near an uncovered light on any summer evening, and you will see a gathering of moths. These poor insects are irresistibly attracted to anything that glows. They will fly around their chosen light source for hours, locked in a prison without bars.

You might feel superior to these confused beings. But in reality, humans are just as fascinated by things that radiate light. Glow Battle proves that once and for all by luring the whole family into light-up combat.

At the start of a new game, each Glow Battle player receives two items: a sword and a bracelet. 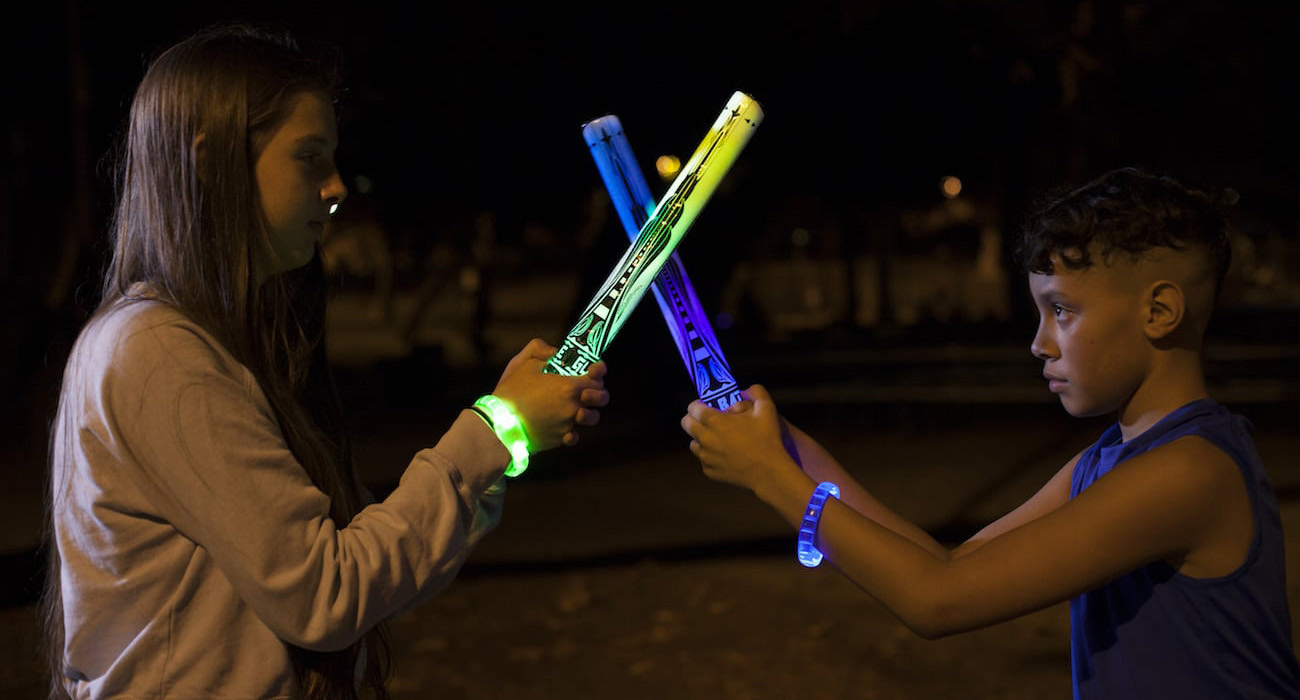 The sword is your offense in Glow Battle. When you strike another player with this iridescent weapon, you take away one of their lives. That’s in-game lives, we should clarify — no hospital visits will be necessary. In fact, the sword is sufficiently soft that even over-excited kids won’t do any damage. 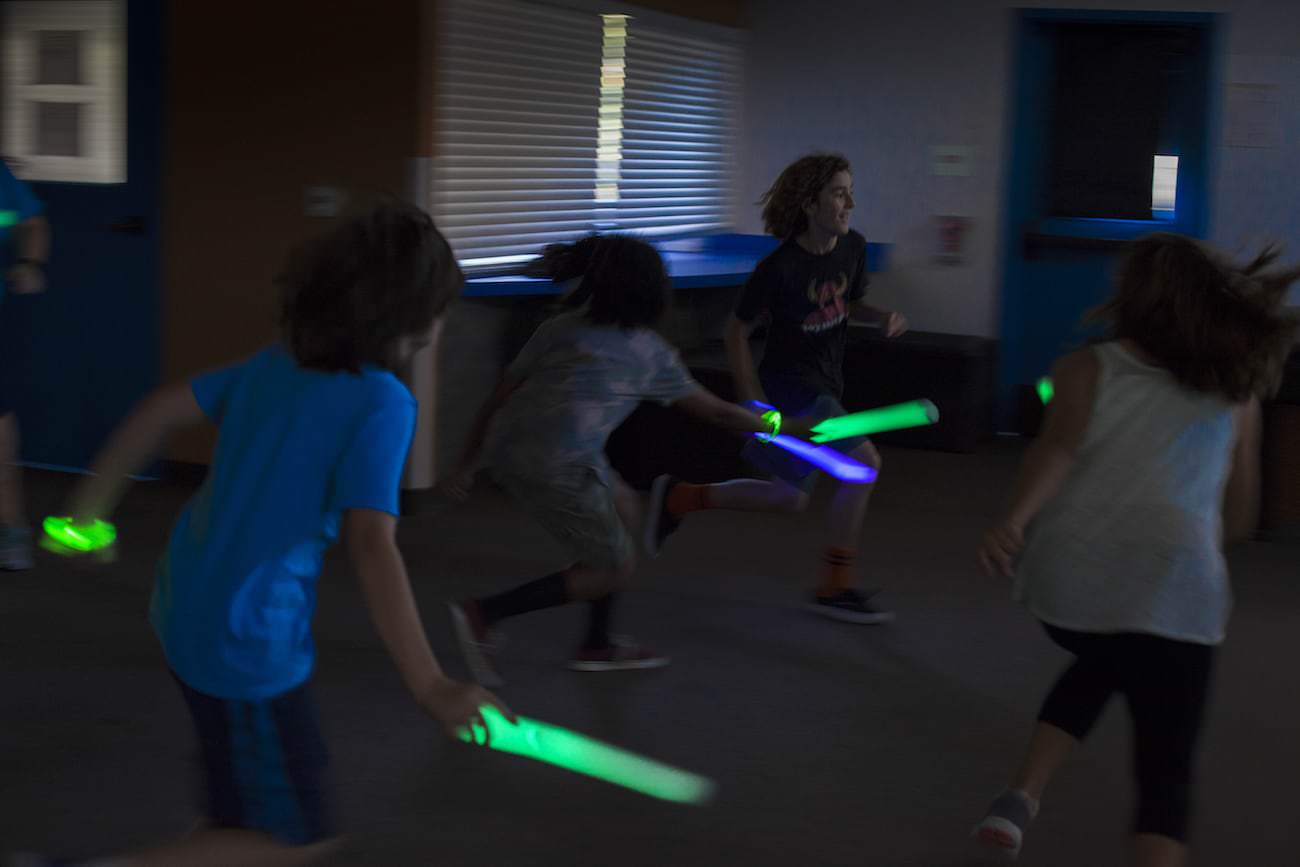 In contrast, the bracelet is your weak spot in Glow Battle. This device counts how many lives you have lost and acts as a visual aid for other players.

[tweet_box]Glow Battle is a new game that’s just like tag, except you play with glow-in-the-dark swords. [/tweet_box]

When you lose a life, you will need to return to the designated Regeneration Station and wait to respawn. Get hit twice, and you’re out! 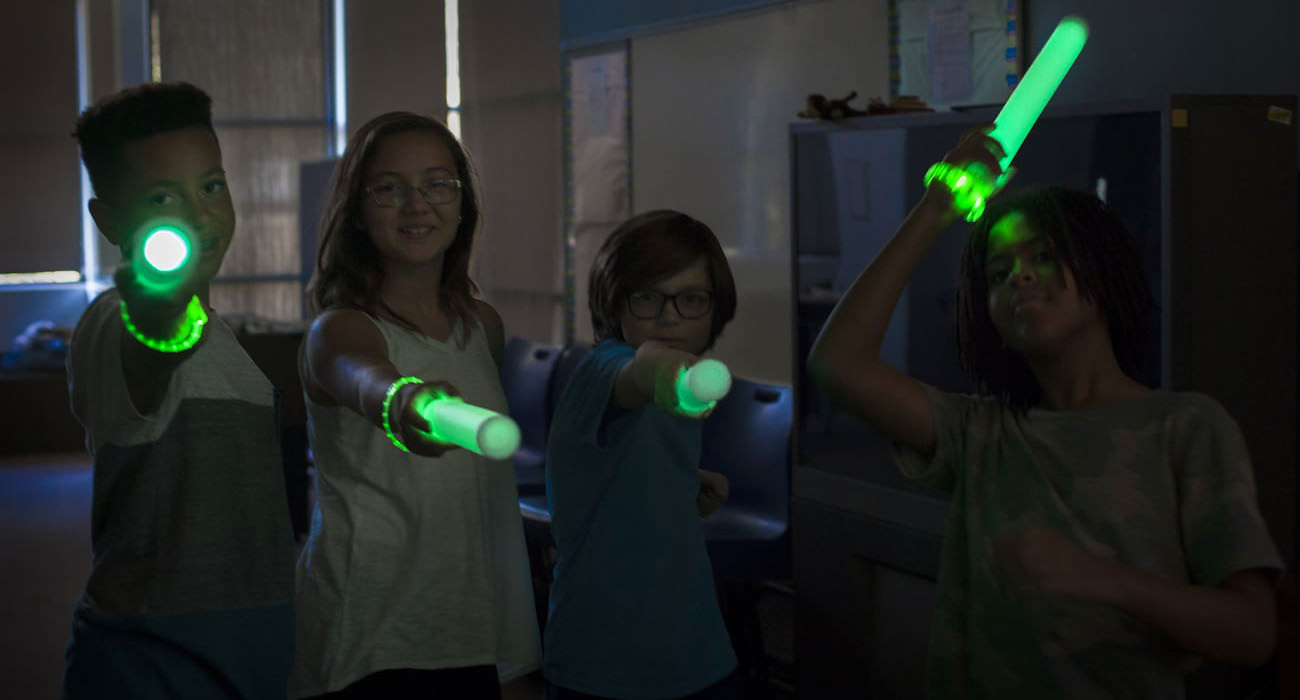 Two hits and you’re out

You can play Glow Battle one-on-one or on a team with friends and family. The game works indoors and outside, meaning you can duel in corridors or run around the park. 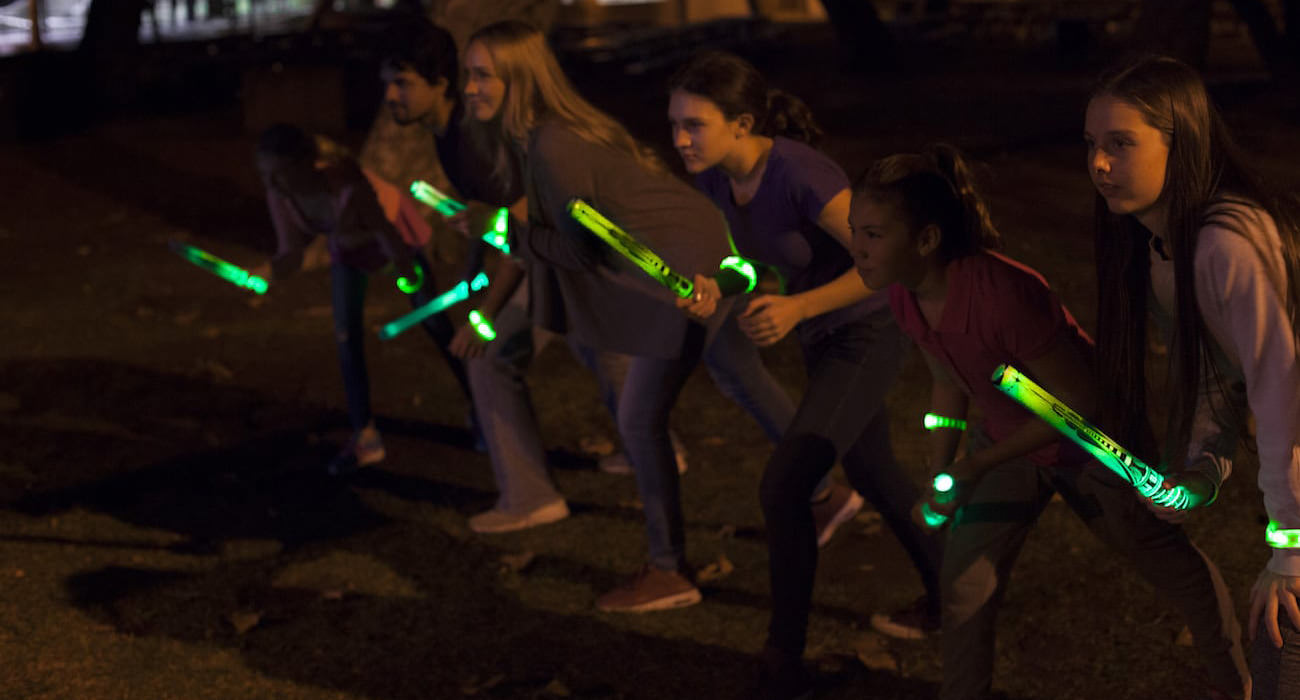 Compared with sitting in front of the TV, this is a great way of spending time with your buddies. The only downside is that you have to wait until nightfall for the full Tron effect!

“Light up the dark and face down your friends in the glowing game that leaves smartphones and video games in the dust!”

“Glow Battle’s game pieces are easy to set up, dynamic to look at and loads of fun to use – but don’t let their simplicity fool you!  These glowing components provide the foundation for organized game play that’s perfect for developing strategy and teamwork.”— Starlux Games on Kickstarter 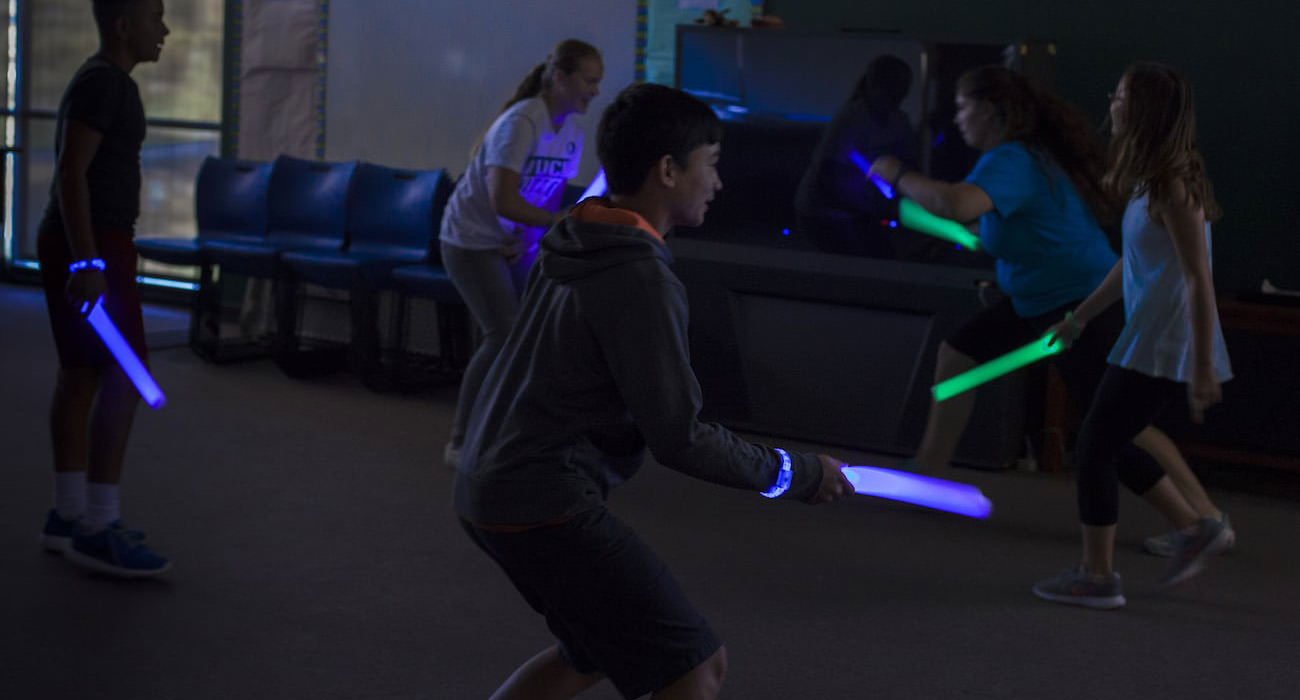 Glow Battle doesn’t break boundaries or utilize remarkable technology. But it provides genuine family fun and a good reason to get active on dark winter nights.

Different game modes would add greater longevity to this product. A lights-off stealth game would be epic fun!