Meta is creating an artificially intelligent supercomputer, and it's already concluding its first phase of development. Not only that, but Meta claims it will be the world's fastest supercomputer by the end of 2022. So what exactly is this wildly advanced computer and what will Meta use it for? Read on to find out more! 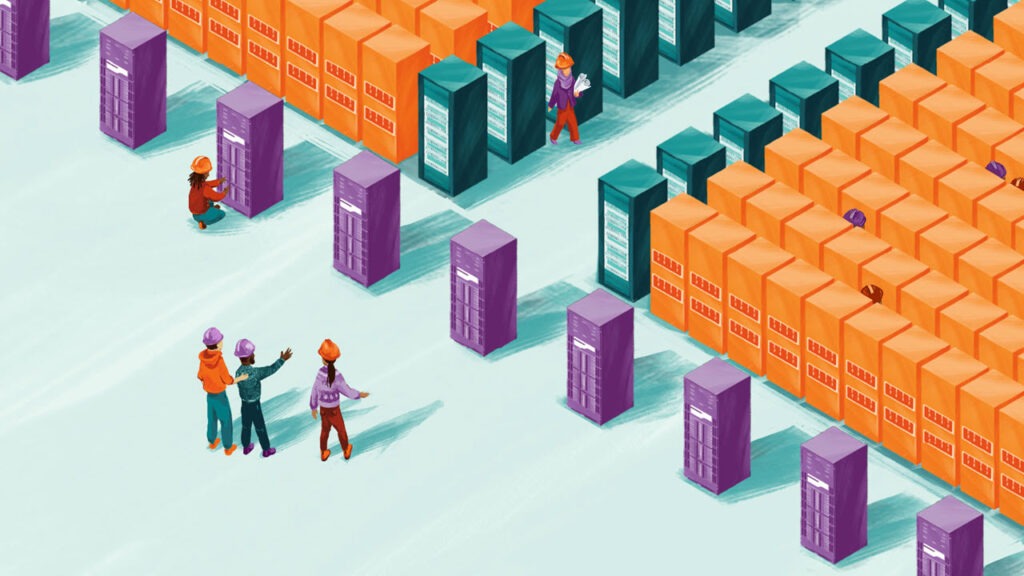 Meta’s AI supercomputer will be the fastest ever

Meta is working on a new AI supercomputer. This likely won’t come as a surprise to those familiar with the companies other endeavors.

After all, it takes a lot of advanced computing and algorithms to run its famous social media platforms. With the Metaverse being launched into existence, it makes sense that there are fresh needs for supercomputers capable of doing some heavy lifting.

So what else is there to know about Meta’s new AI supercomputer? Let’s take a closer look!

What is this artificially intellgent supercomputer called?

To start, Meta’s new AI supercomputer has a name. It’s known as the Research SuperCluster (RSC).

According to the recently re-branded company, it will be the fastest AI supercomputer on the planet and will be able to perform as many as 5 exaflops of mixed-precision computing. The system will largely have the Metaverse as a primary focus.

Where will the Research SuperCluster advance Meta’s goals?

If you’re wondering what exactly the RSC is capable of, Meta is taking time to shine some light on that too.

Meta says it will be capable of seamlessly analyzing text, images, and video, together. It will also be able to build more effective tools for augmented reality. AI-centered apps will especially have an important part to play.

Other tasks in mind include the ability to not only build new AI systems but also handle voice translation in real time for entire groups speaking separate languages from each other. This will allow for more efficient collaboration in a broad spectrum of different settings—including virtual ones like the Metaverse.

There’s also a strong likeliness that RSC will be able to help with existing platforms like Instagram or Facebook, for example. Since RSC can train natural language processing models faster, it will have a myriad of potential uses.

How far along is the technology and when will it be complete?

Currently, Meta has completed its first phase for the Research SuperCluster. Now, it’s looking to increase the number of GPUs to 16,000, which will almost triple performance. Meta also states that it expects to see a step function change in compute capabilities, allowing it to make more accurate AI models as well as new user experiences.

Considering that the company started working on the project in 2020, it appears it’s off to an impressive start already. Especially since they believe it will be the fastest supercomputer by the end of 2022.

It’s easy to be skeptical of Meta’s claims right now, given that it’s making a lot of promises while promoting the Metaverse. However, this doesn’t seem like mere hype and PR campaigns.

The company seems to be all-in on its Metaverse venture, and projects like RSC are a big step in making it an even greater reality. It may even benefit other 3rd-party applications down the road. Either way, we’re curious to see how it all pans out.

What do you think about Meta’s new AI supercomputer? Let us know in the comments below!