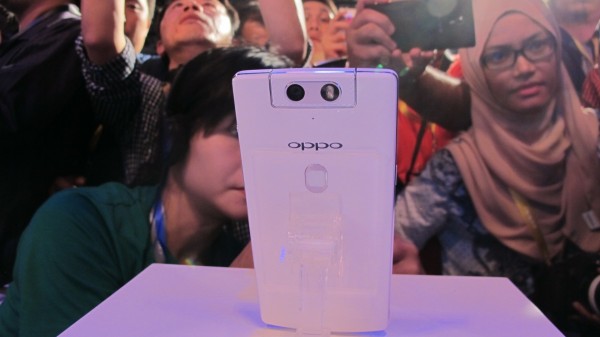 Most people don’t know who Oppo is. In fact, maybe just recently is the first time you’ve ever heard of them with all the hype going on lately. Before the recent news, they were known for making excellent smartphones but without the brand name awareness in America, they haven’t seen much recognition. The Oppo Find 7 is one of the coolest phones ever made and yet, nobody knows it exists except for those who are up to speed on all smartphone related news. However, this allows Oppo to be a bit more quirky in their design choices. For example, the Find 7 has a pulsing blue notification light that hides at the bottom of the phone. It looks amazing but for most people, that’s not a draw. Why go with a random manufacturer when we have Apple and Samsung? My answer: because they have the freedom to do what they want to make the best smartphone possible. The Oppo N3 is living proof of this innovation. 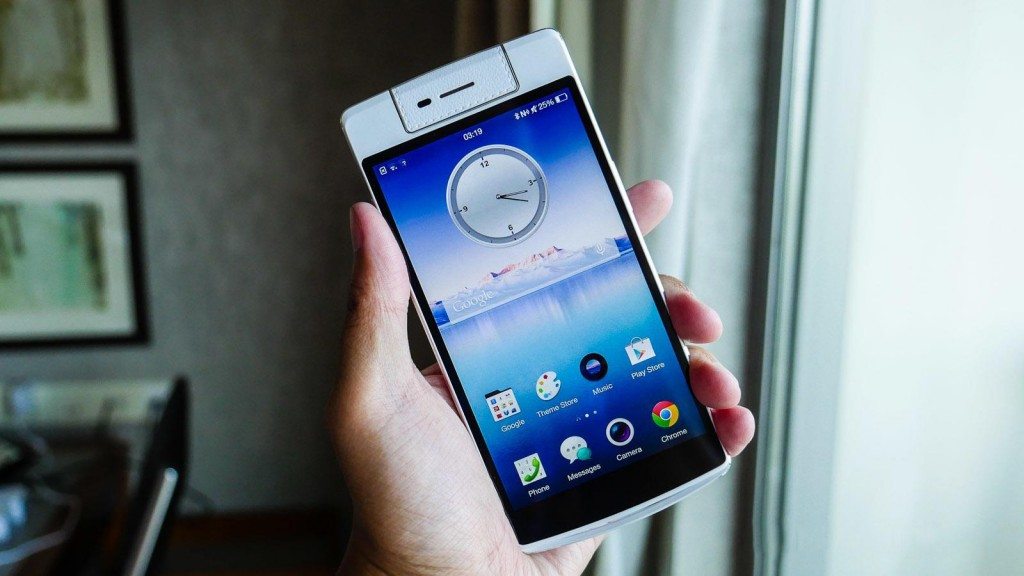 At first glance, the N3 looks quite unremarkable, if a little top heavy. It borrows the gentle slope on the bottom edge from the Find 7 and the faux leather stitching effect from Samsung and seems to lack a front facing camera. Turning the phone over reveals a camera and flash. Oh, and there’s the touch pad but I’ll get to that later.

Oppo has made the N3 out of industrial quality steel so you not only get a very solid and sturdy device, you get the premium feel. Granted, some phones, like the HTC One (M8), end up being a little slippery but we’ll have to wait and see how well the N3 stays in hand. 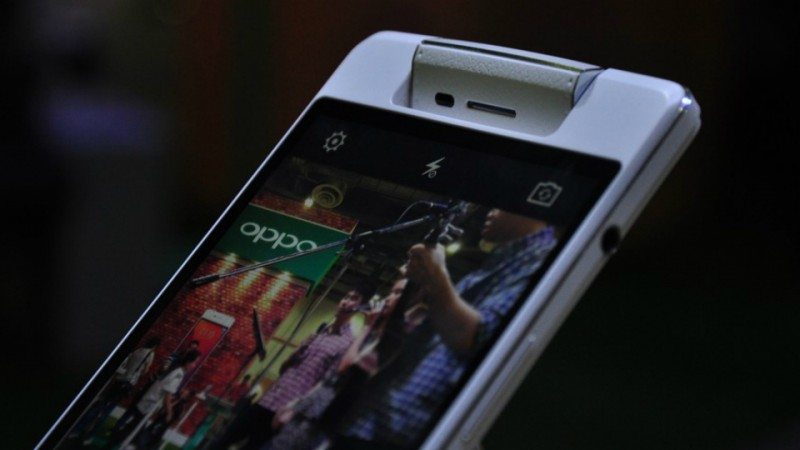 Where the N3‘s predecessor was just an average phone, Oppo has decided to make the N3 into a proper top end device with all the right internal specs. It has all the compatibility as other top smartphones. However, there are two key features that separate the N3 from its competitors.

The first is the touch pad on the back of the phone. Similar to the button placement on the LG G3, Oppo wants you to be able to use that always present support finger to scroll through webpages. The full functionality of the touch pad has yet to be determined but I have high hopes! The other feature is the camera. Now, most smartphones have 2 cameras, 1 on the front, 1 on the back. The N3 only has one but wait…it rotates. Yes, it rotates 206 degrees on an electric motor. It allows you to tilt the 16MP camera in almost any direction which allows for easier photography and some fun new angles.. If you love the camera on your phone and want something off the beaten trail, the N3 is the phone for you.