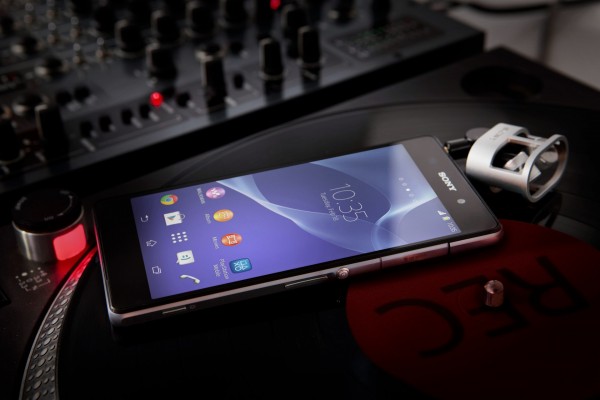 The competition for the King of Android is really heating up as of late. The HTC One (M8), the Samsung S5, the forthcoming LG G3 and loads of others that are poised to launch later this year have flooded the top end smartphone market with quality products that all fall within the same general price range. So how does a smartphone producer differentiate themselves from the rest of the market? Every company has a different focus, HTC with the BoomSound speakers and aluminum body, Samsung with the fitness apps, Gear watches, and water resistance, all with completely results. Now Sony has entered the foray of ’14 with the new version of their flagship smartphone and it deserves your attention. I was lucky enough to actually get my hands on one thanks to the nice folks at GSM Nation. 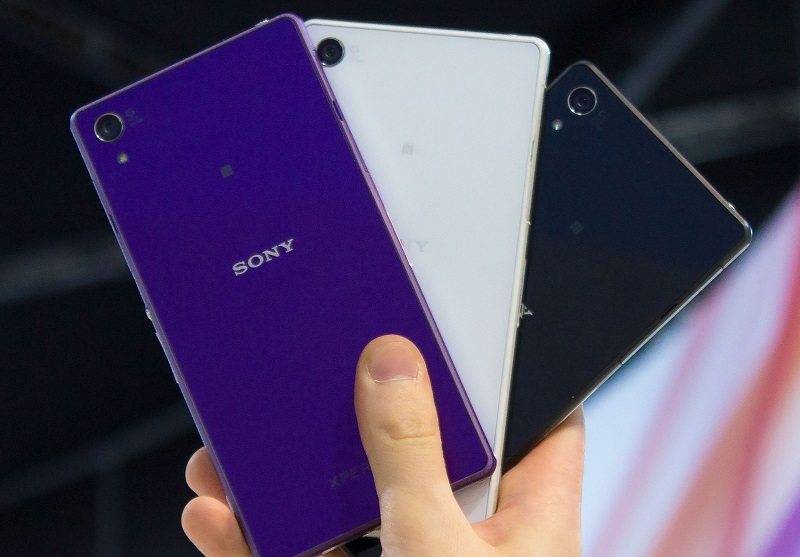 The Xperia Z2 is definitely a looker, especially the purple model that I was able to use. It’s just flat out gorgeous. It feels solid and smooth in the hand, although it does have a completely flat and glass backside but Sony has counteracted the slippery back by using layered metal on the sides to provide ridges and traction for easy handling.  You might be thinking, a glass back, oh no, it’ll scratch so easily! Nope, Sony thought of that too. The back has a raised metal bevel edge to keep the actual glass off of any flat surface to prevent scratches from normal daily use.

Speaking of normal daily use, the Z2 is water resistant, just like the S5. However, the tabs on the Z2 seem a bit more quality and durable so rest assured you won’t accidentally snap one of them off. The final thing that is important to notice about the Z2 before you even turn it on is the hidden front facing speakers. If you look closely at the very top and very bottom lip of the front of it, you’ll notice some very small horizontal slits. Those are the speakers and as a personal fan of the front facing speakers on the HTC One (M8), media consumption is much more enjoyable than your typical smartphone. Sony has even implemented the double tap to wake feature of the HTC One (M8) although you can only wake the Z2, you can’t put it back to sleep with the double tap. 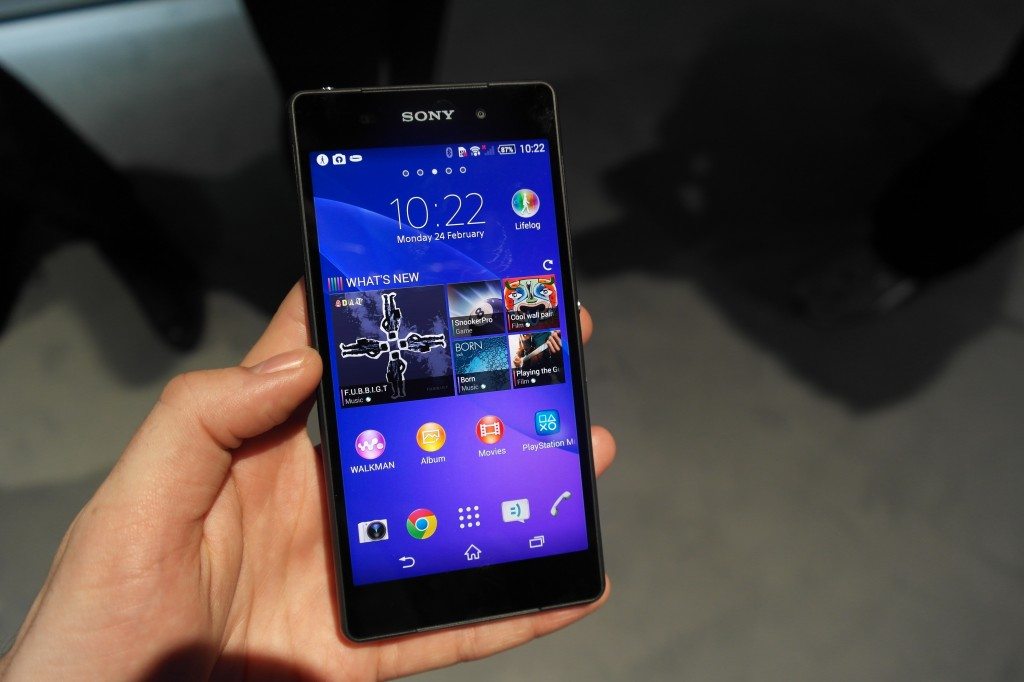 Using the Z2 is fast and fluid, even though Sony does seem to pack a heavier Android skin than most other companies. There are some functions that just don’t stack up to free apps in the Play Store, such as the What’s New news app. Blinkfeed, Feedly, and Flipboard are just a few of the significantly better alternatives. However, the Walkman app is a welcome addition as it is one of the better music apps in existence. It’s beautiful and easy to use and makes the music experience really quite enjoyable. All in all, a nice user experience even with the extra bloat of the Sony skin.

That fluid user experience is thanks to the awesome specs under the hood. Sure, the Z2 has similar specs to both the M8 and the S5 but it does pack 1 gigabyte more of RAM with a slightly larger rear camera sensor and a larger battery. Now, these may seem like small differences and, relatively speaking, they are pretty small but those differences are enough to put the Z2 above and beyond the other flagships in the specs department. Coupled with the newest Android operating system, it offers the best performance of the top end smartphones. If premium build plus specs and performance are of utmost importance to you, the Z2 is your phone. However, it is only sold off contract and even Sony doesn’t sell it in the United States at this point. If you want one, GSM Nation is one of the first online retailers to offer the Z2 in the United States so check it out!

Weston is our professional gadget reviewer. Nothing thrills him more than being able to get his hands on the latest and greatest in electronics.
Join the Discussion
Popular Blog Posts
Launching a Kickstarter or Indiegogo campaign soon? Read this first 10 Best tech gadgets you need in your life Must-have smart desk gadgets and office accessories Best PS5 external SSD drives out there for gamers Which drone should you buy in 2021?